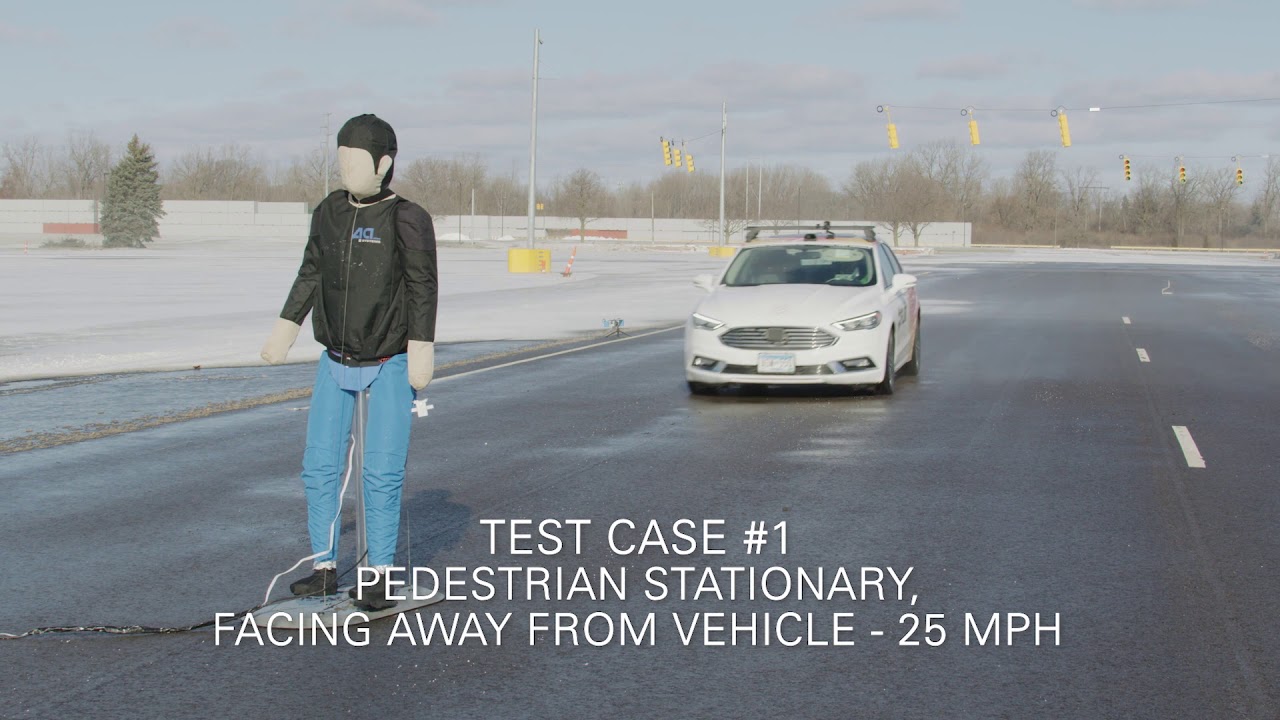 Three test cases were conducted in both daylight and darkness, giving six datasets and 35 total test runs using an adult Euro NCAP Pedestrian Target (EPTa). Test results were promising. In all runs for all six test cases, the AEB system successfully brought the VUT to a stop before reaching the EPTa.

Current typical automatic emergency braking (AEB) or pedestrian detection systems rely on systems using radar and, in some cases, visible-light cameras. There are several common conditions in which these sensors can have difficulty detecting a pedestrian. An October 2019 study by AAA tested several production AEB systems and describes many such scenarios. In nighttime conditions, the vehicle under test (VUT) traveling at 25 mph hit the soft pedestrian target (SPT) 100% of the time. During daylight tests, the VUT driving 20 mph struck the stationary SPT 60% of the time. 1
The following report describes a proof-of-concept thermal-camera-and-radar fused AEB algorithm that stopped the VUT in 100% of daytime and nighttime testing.
Pedestrian detection and AEB systems are critical to improving road safety. According to the National Highway Traffic Safety Administration (NHTSA), on average, a pedestrian is killed every 88 minutes in traffic crashes in the United States. In 2017, nearly 6,000 pedestrians’ lives were lost in the United States, an increase of 35% since 2008. All other traffic deaths decreased by 6% during that same time period. NHSTA also reported that 75% of all pedestrian deaths occurred after sunset.2 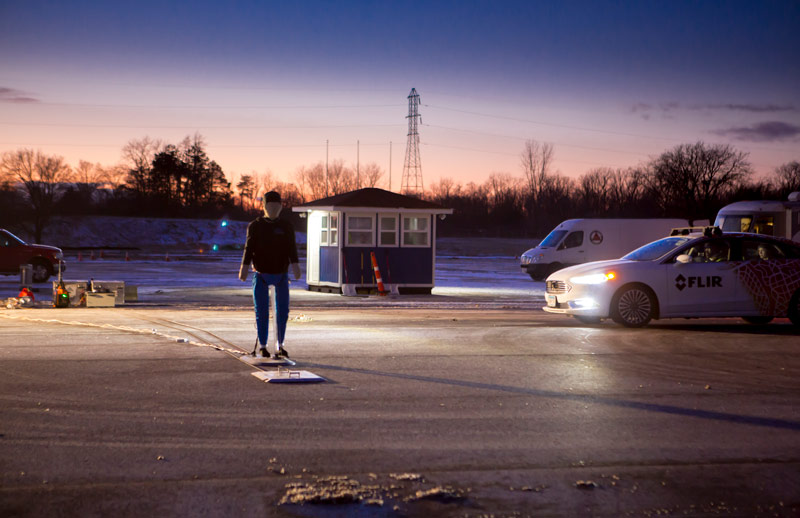 A thermal camera provides complementary data to RGB cameras and radar. Thermal cameras “see” heat, not reflected light, and perform well both in daylight and in darkness. They can see through sun and headlight glare, most fog, and up to 4x farther than typical headlights illuminate in darkness. Given thermal camera’s unique capability, FLIR Systems Inc. contracted VSI Labs to develop a proof-of-concept automatic pedestrian detection system that fuses radar and FLIR thermal camera data to detect and estimate the distance of a pedestrian from the front of a test vehicle. The VUT is programmed to automatically stop if a pedestrian is in the path of the vehicle at a proximity that it determines to be an
emergency-stop distance.

Initial tests were completed in December 2019 at the American Center for Mobility (ACM) near Detroit, MI. The test design was based on the Euro NCAP, but not all testing requirements were met as the winter weather was colder than the specified testing temperature range, roadways had snowy, wet, or slick surfaces and wind interfered with the test fixtures. Three test cases were conducted in both daylight and darkness, giving six datasets and 35 total test runs using an adult Euro NCAP Pedestrian Target (EPTa).

Test results were promising. In all runs for all test cases, the AEB system successfully brought the VUT to a stop before reaching the EPTa. Additional testing is recommended and planned for spring/summer of 2020 following AEB algorithm optimization, EPTa heating improvements and when weather is in test parameters.