The sun is our nearest star and it is the main reason we have life on earth. Most photographers capture images of the sun in landscapes, especially around sunrise and sunset. For most of us all we see is a round bright ball of intense light. If we look at the sun with a telescope, and special solar filters that protect our eyes, the most discernable feature are sunspots when they are present. These cool darker regions of the sun follow an 11-year cycle increasing in number at solar max and then decreasing at solar minimum.
Alan Friedman, a well-known amateur astronomer and astro-photographer captured these stunning images of the sun from his backyard in Buffalo, New York. He has been using a number of different cameras ranging from 0.3 to 6 megapixel, combined with a solar telescope using a Hydrogen alpha filter (656.3 nm). The pictures consist of several different exposures of the sun that are combined or stacked together. The fine filaments are solar prominences seen end on. Dark regions are small sunspots while brighter plage (spots) mark highly magnetized regions. 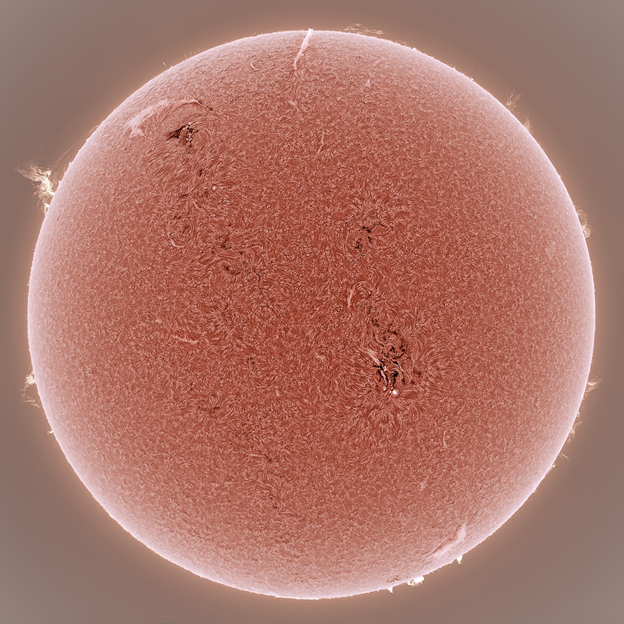 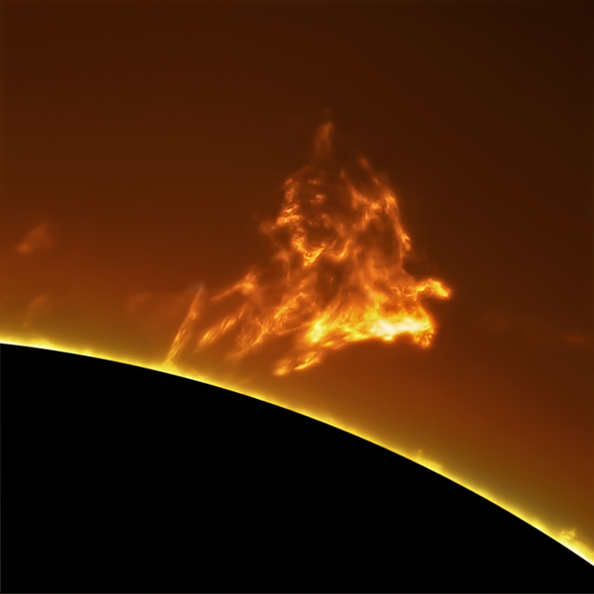 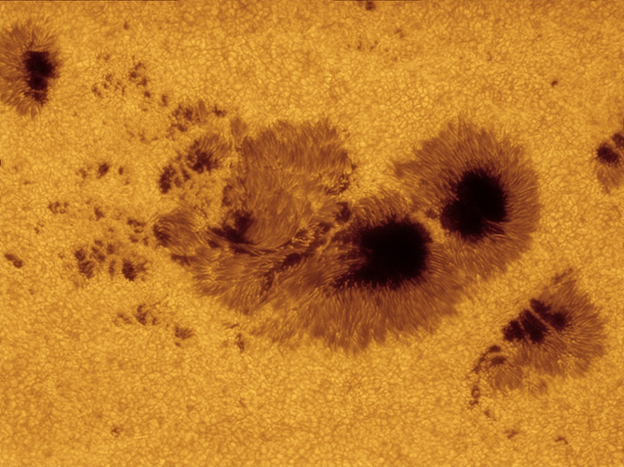 Large group of sunspots captured with a Flea3 0.3 MP Mono FireWire 1394b camera with a Sony ICX618 CCD

Close-up of sunspots using a white light solar filter. Sunspots are not stationary, but move around the sun and last from a few days to a few weeks. These cooler regions of the sun also feature powerful magnetic fields that can send protons and electrons into space that trigger the Aurora borealis (Northern lights) on earth. Sunspots are produced by intense magnetic fields that emerge from the interior of the sun through the photosphere. Sunspots tend to travel in pairs of opposite magnetic polarity. The sun rotates with a period of about 25 days so the same sunspots can be visible for about a week. Achieving sharp images like the one above is difficult due to the refraction of light caused by the heating of the atmosphere which also causes stars to twinkle at night. To obtain such sharp images Alan took numerous images, then stacked and processed them so that only the sharpest images are retained.

Alan takes multiple images and then processes them using a variety of programs. Alan's solar telescope is equipped with a Hydrogen alpha filter which cost several thousands of dollars depending on their size. Hydrogen alpha filters allow a narrow spectrum of light to pass through. One of the main obstacles in getting sharp images is the volatility of the atmosphere especially during the day. To achieve sharp pictures, Alan takes 90 seconds of streaming video and then selects the sharpest frames. To capture his images, Alan has been using various cameras ranging from 0.3 MP up to 6 MP.

See more of Alan's stunning images of the sun and other planets in the gallery section of his website at avertedimagination.com.