As PCBs and flat panel displays increase in density, the right camera is needed to design precise, cost-effective and high-throughput inspection systems.

Our high-resolution cameras are packed with features ideal for inspecting large and highly detailed parts. You can: 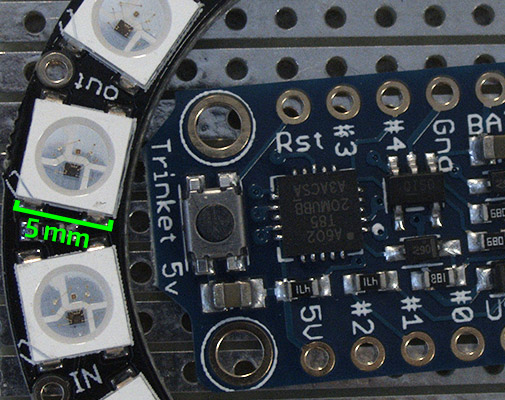 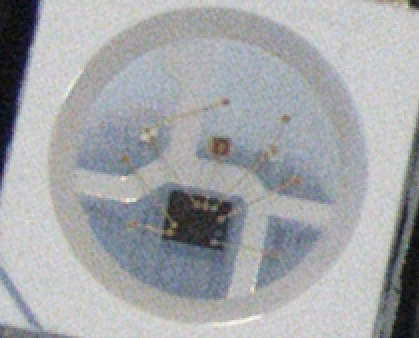 20 MP image shown at 100% magnification.
More detail can be detected inside the LED. 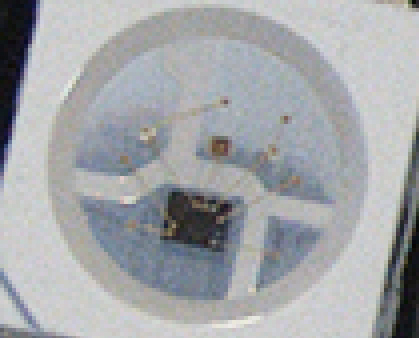 5 MP image shown at 400% magnification.
Detail inside the LED is more pixelated.

20 MP image shown only at 200% magnification. Cleaner detail is visible inside the LED. 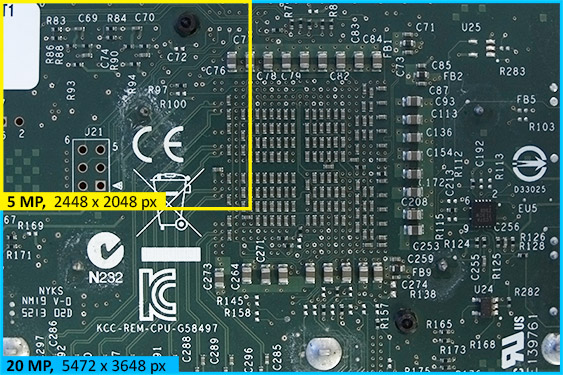 Right: Proportional represenation of the area coverage difference based on 5 MP and 20 MP resolutions.

Using multiple cameras to cover a large area requires extremely precise alignment. Vibration and thermal expansion will result in “torn” images, where cameras fail to align correctly. Color imbalances between cameras introduce additional artifacts. Image alignment and color correction in software increases both the complexity of the vision application development process and the system resources required to run the application. Software alignment of a multi-camera system requires overlap between images and reduces the area covered. Calibrating one camera is quick and easy. Calibrating four cameras and ensuring that the calibration is maintained is far more time consuming. A single ultra-high-resolution camera allows you to avoid these issues. 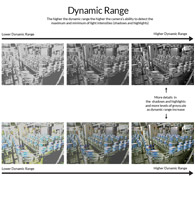 Temporal dark noise, measured in e-, is the variance in the measurement of the brightness of a pixel as it is being read by the sensor. Temporal dark noise can cause pixels to appear bright, even when no photons have hit them. In dark areas like shadows or the surface of matte black ICs, temporal dark noise will result in a grainy image, making it difficult to see fine details like part numbers. Reducing temporal dark noise enables the detection of low intensity signals that would otherwise be hidden below the noise floor. The temporal dark noise of Sony Pregius and Starvis CMOS sensors is two-to-four times lower than that of other CMOS sensors, and four-to-nine times better than CCDs. 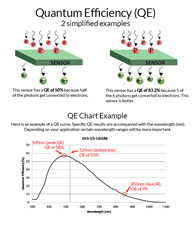 Quantum Efficiency (QE) is a measure of the camera’s sensitivity to light at specific wavelengths. The higher a sensor’s QE %, the more efficiently it can convert light into an electrical signal. The excellent QE of Sony’s latest 9MP, 12MP and 20MP sensors enables them to capture high-quality images with short exposures, minimizing inspection times. 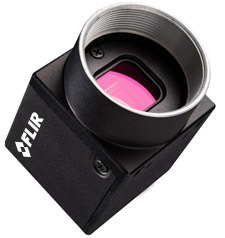 A Note About Lenses

To get the most from an ultra-high-resolution camera, you need high-resolution optics. High-quality lenses provide excellent brightness, contrast and sharpness across the entire image, not just in the center. While two lenses with the same focal length might look similar, their optical performance could differ greatly.

To help you select the correct lens for your camera and application, manufacturers will frequently show modular transfer function (MTF) charts in their lens specifications. MTF charts combine sharpness and contrast into the vertical axis, while the horizontal axis represents the distance from the center of the image. Higher performance lenses will have a higher MTF number, for a larger distance from the center of the lens. 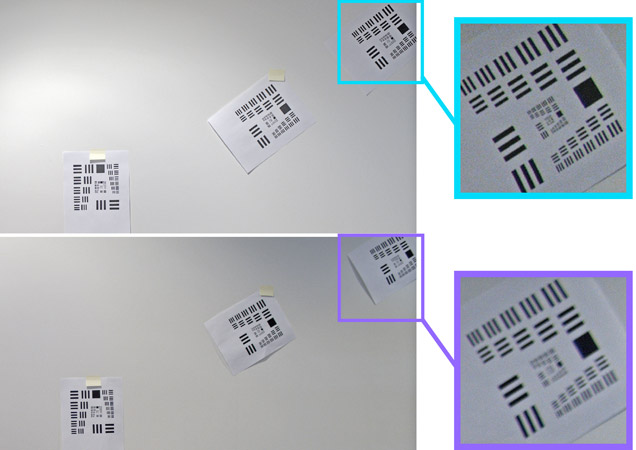 Left: Comparison chart of high-and-low-performance lenses to a hypothetical perfect lens.
The high-performance lens maintains excellent contrast and sharpness across the image.

Right: Cropped details of the corners of images captured using a high-performance lens versus a standard lens. The greater contrast and sharpness is easily apparent. Lower performance lenses (purple) will loose clarity as you approach the corners and edges of the image.