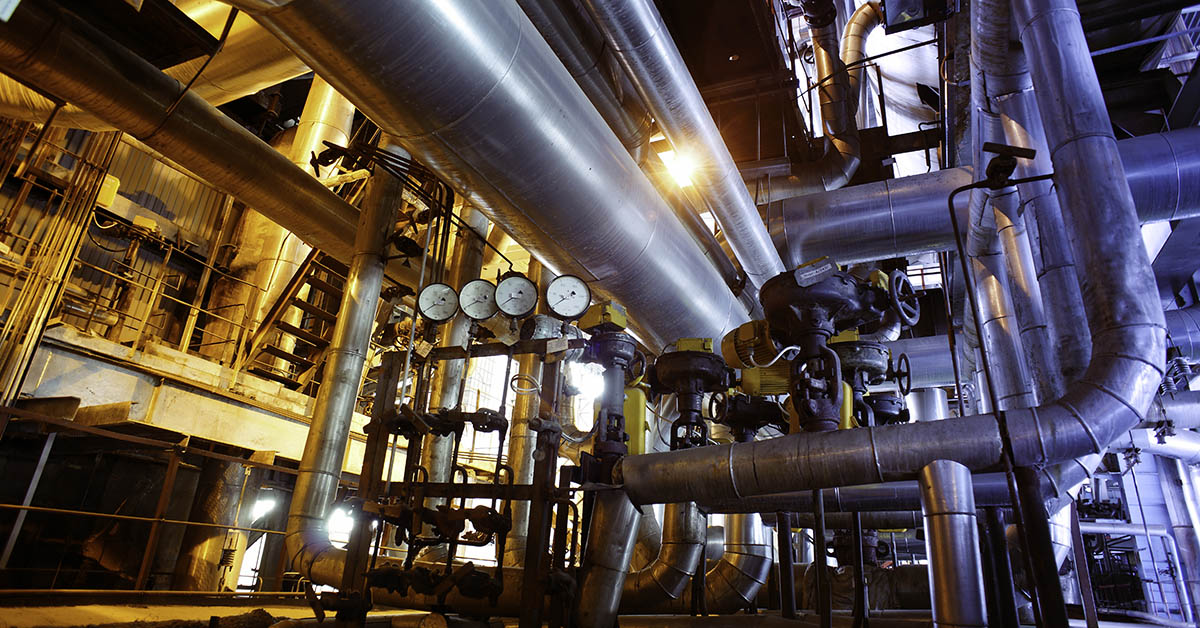 REDUCE INSPECTION TIME BY UP TO 90%

In most factories, compressed air systems are one of the largest electricity cost centers. That’s why it’s important to detect compressed air leaks and equipment inefficiencies as early as possible - and fix them immediately. But finding air leaks isn’t easy to do using traditional inspection methods, such as soap bubble testing, which take significant time.

Most leaks create turbulence which in turn creates ultrasonic noise. An acoustic imaging camera, such as the FLIR Si124, pinpoints the source of that noise and overlays that “hotspot” onto a visual camera picture in real time. By imaging the noise source, we can improve ultrasound inspection time by approximately 90 percent. Inspectors can also quickly scan large areas with the camera from a safe distance without touching machinery or shutting down the line. The FLIR Si124 sees through background noise commonly found in industrial environments to produce precise imagery. By listening, recognizing, analyzing ultrasonic sounds, and ultimately understanding what different sounds mean, an acoustic imager allows operators to instantly and accurately pinpoint the source of an air leak. 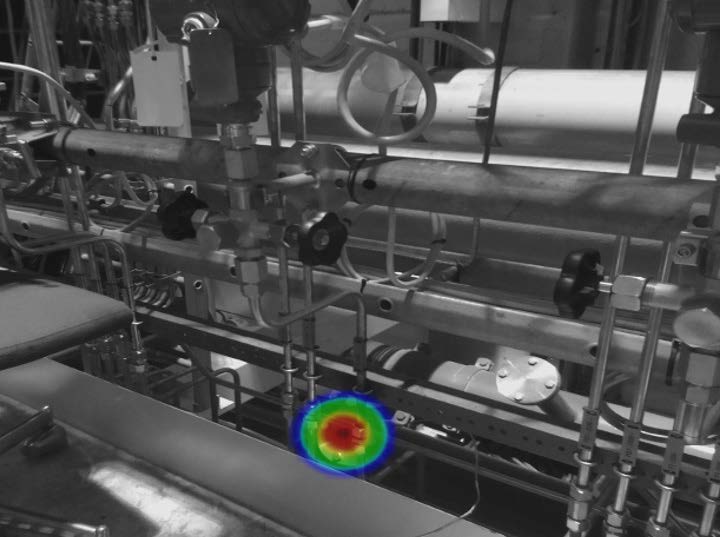 The FLIR Si124 is ideal for pinpointing leaks in complicated, difficult-to-access locations.

Any typical ultrasonic microphone can locate air leaks if the sound pressure levels they emit are strong enough. But if the user is not trained in acoustics, using these kinds of devices without any analysis capabilities will not provide the results needed to make informed maintenance decisions. Historically, converting leak sound files into leak size estimates and cost estimates involves using tables or complicated algorithms. The FLIR Si124 eliminates this problem by making analysis easy with minimal training. 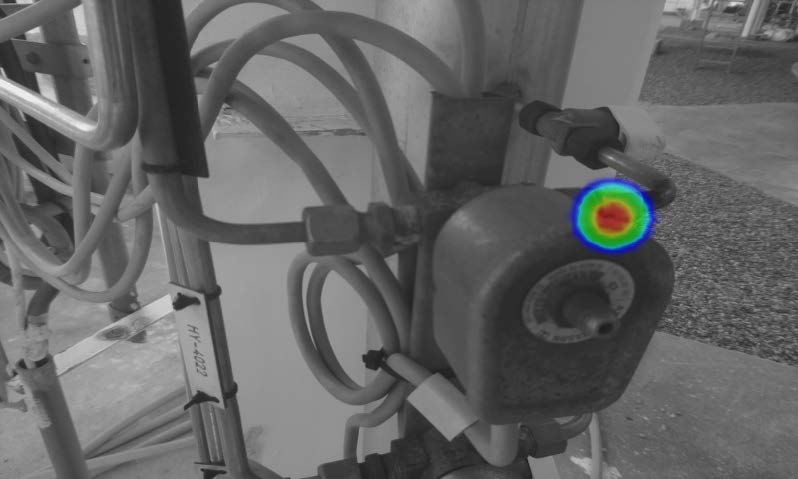 Fixing compressed air leaks found with the FLIR Si124 can save manufacturers tens of thousands of dollars in electricity costs every year.

The Si124 is a smart tool with on-device analytics, providing leak-size and leak-cost analysis. This makes it easy for a facility to quickly calculate the estimated yearly energy expense caused by compressed air or vacuum leaks.

After images are captured with the Si124, the camera automatically saves them to the FLIR Acoustic Camera Viewer cloud service over Wi-Fi. Then users can review stored images for in-depth analytics, generate reports for air leak audits, and conduct deep analysis effortlessly or use FLIR Thermal Studio software to create advanced reports or to combine thermal imaging and acoustic imaging in the same report..

The camera is simple to configure and can be connected directly to the factory Wi-Fi network. 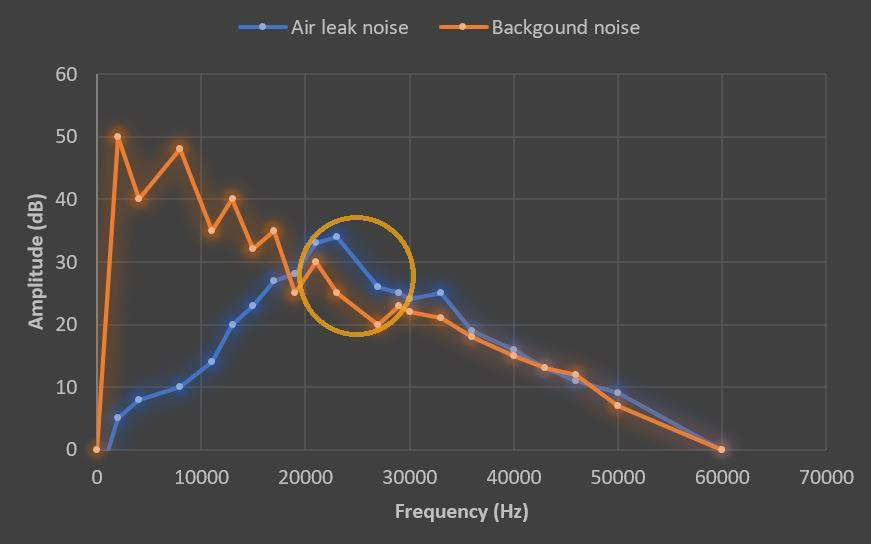 Finding the optimal frequency in a noisy environment.

Pressurized air leaks generate broadband sound that extends from audible to ultrasonic frequencies. Industrial manufacturing facilities have various levels of background noise, making it next to impossible to hear an air leak with the human ears alone. In general, background noise interferes less at high frequencies, and air leaks are best detected at long distances with frequencies between 20 and 30 kHz. The FLIR Si124 frequency range of 2 to 31 kHz is optimized to detect the smallest leaks at the longest distances or to detect even smaller leaks at close distances using frequencies up to 65 kHz.

When comparing standard ultrasonic detectors, one might get the impression that air leaks emit only specific ultrasonic frequency sound, and in order to detect them, this frequency range should be used. However, this is not the truth—in some cases, it may be beneficial, but in others, it can harm the detection sensitivity. The most suitable frequency used for detection depends on several different factors. Nonetheless, background noise can still interfere. In these cases, the device must be able to differentiate sound sources that resemble a leak from other interfering sound sources. Most acoustic cameras on the market today require the user to manually filter out any interfering noise using sliders to select a frequency range. This time-consuming trial-and-error approach significantly increases the risk that many problems are left undetected. 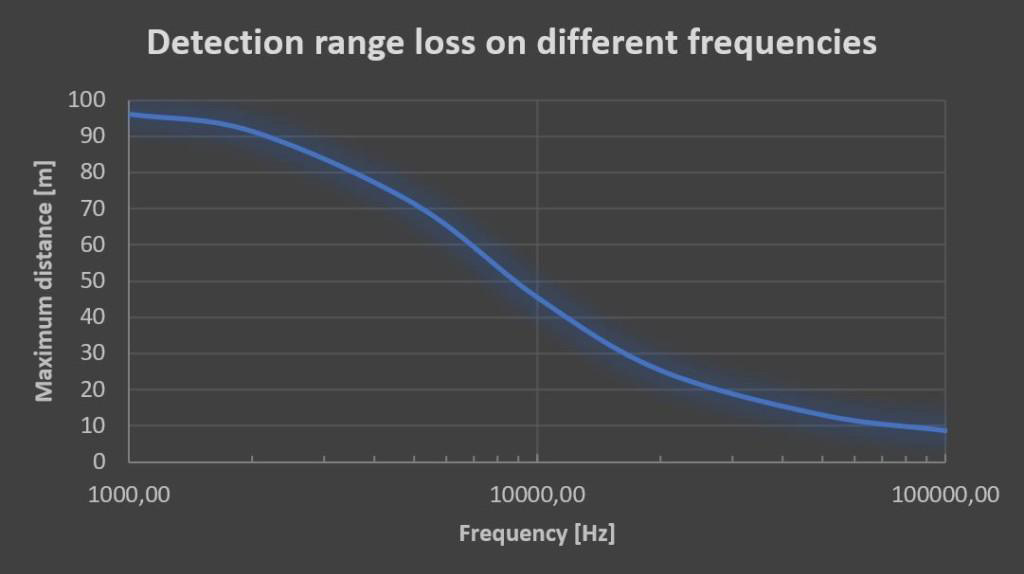 An example of detection range loss on different frequencies.

The FLIR Si124 has a different approach: it automatically detects sound patterns that resemble those of air leaks and removes interfering noises for both single and multiple sound sources using advanced on-camera AI filters. In other words, the camera recognizes whether the sound resembles an air leak vs. background noise — so the user doesn’t have to. 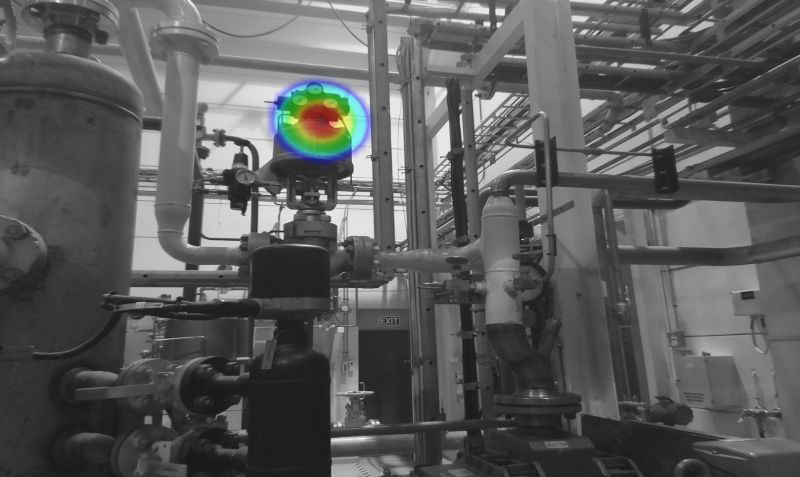 The FLIR Si124 can detect any pressurized gas leak as long as there is enough of a pressure differential (psi minimum is a good rough value).

To detect very high frequency sound sources, the acoustic camera must have a multitude of microphones—preferably quite close to each other. Otherwise, issues of spatial aliasing will occur, meaning erroneous results and sound sources displayed at invalid locations. It is tempting to include higher frequency support in the acoustic camera for marketing purposes, as higher numbers often look better. The reality is that using frequencies that are too high will not provide any benefits and instead make the performance worse.

This figure shows how the number of microphones impacts the ability to “see” problems. With 124 microphones, the Si124 allows the user to easily see two noise peaks generated by a leak vs. 1 peak with a camera using only 32 microphones. 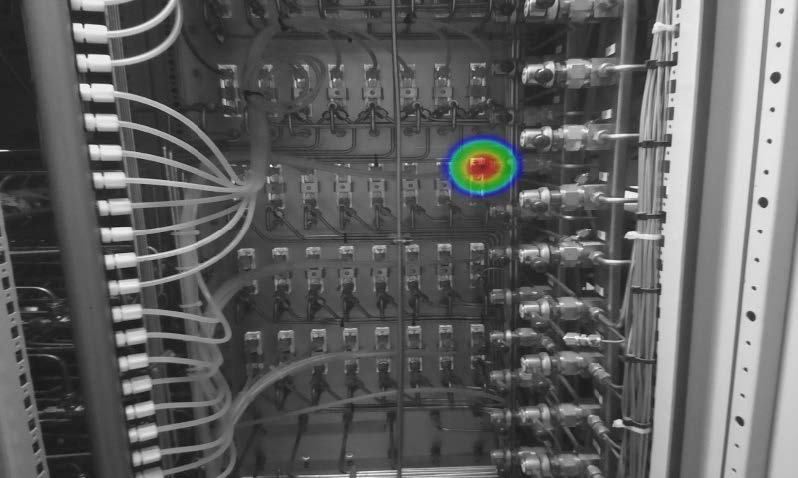 Facilities can reduce compressed air and vacuum leak inspection time by up to 90 percent without extensive training using the FLIR Si124.

The FLIR Si124 features 124 microphones – twice the number of competing acoustic imagers – to detect air leaks as small as 0.016 l/min in optimal conditions. This level of accuracy is made possible thanks to the Si124’s industry-leading defect-detection sensitivity, distance range, and unprecedented number of onboard microphones.

FLIR IS A TRUSTED SUPPLIER OF DECISION-SUPPORT SOLUTIONS

Manufacturing professionals depend on FLIR to offer reliable, quality solutions that make their jobs easier, so they have more time to focus on other priorities. FLIR added acoustic imaging to the company’s suite of thermal products to enable facilities to do their jobs faster, more safely, and more efficiently. The Si124 also hosts a simple yet robust reporting tool to further assist customers in identifying problems and prioritizing what needs the most attention.

For more information about thermal imaging cameras or about this application please visit: FLIR.com/Si124