Thermal imaging cameras provide the most effective 24/7 monitoring solution available in the video surveillance market today. Unlike other video solutions, thermal cameras do not need any light to capture high contrast, quality footage and can see through visual obscurants such as dust, light fog, smoke or some foliage. As such, the integration of thermal imaging cameras can provide end users with a multitude of benefits from better analytics with fewer false alarms to increased coverage and higher return on investment. 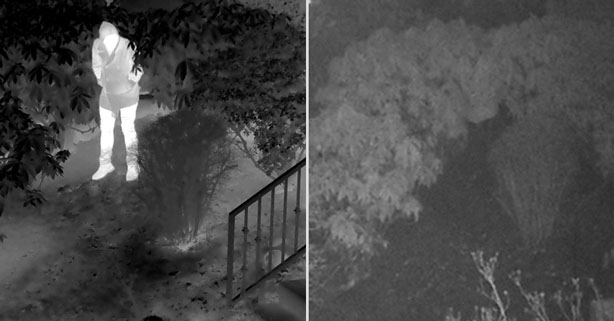 When dealing with surveillance projects that are outdoors, such as perimeter protection for a facility, it is almost certain that you will encounter scenarios or specific areas where there is little to no light available. This becomes particularly true once the sun goes down and you are relying on artificial illumination that may, or may not be, set-up specifically to maintain visibility for video surveillance. Thermal cameras, however, do not rely on reflected light at all, and instead; create images from heat by displaying very small differences in thermal energy as various shades of grey in black & white video.

Similar to the human eye, regular visible cameras rely on the reflected light that is blocked by certain visual impediments. Not only can thermal imaging cameras see in complete darkness, they also allow users to clearly see through obscurants that would render a visible cameras useless such as smoke, dust, or light fog. The same can also be said for surveillance issues involving natural scene camouflage. Regular cameras can be tricked by landscapes in which analogous colors or patterns conceal objects of interest, raising the dangerous possibility of something going undetected. However, due to the fact that thermal radiation can penetrate these visible barriers, thermal imaging is, again, largely unchanged by their presence. 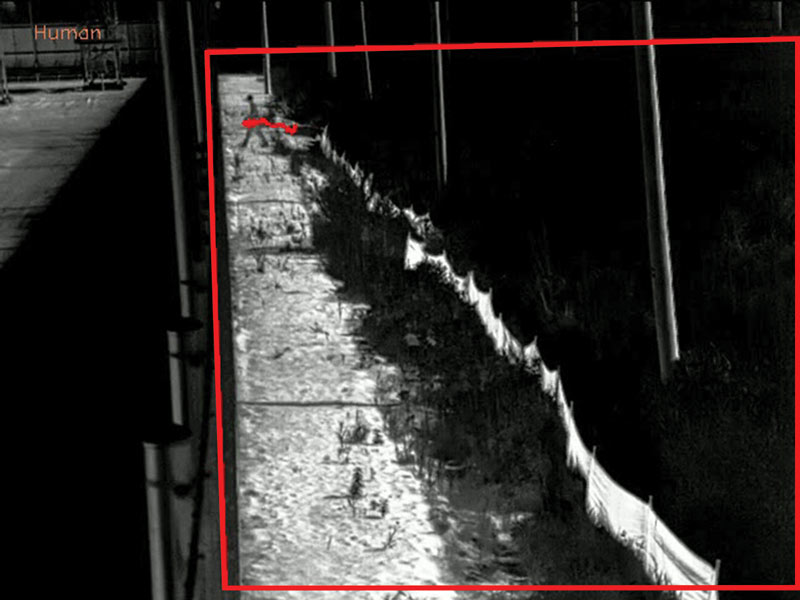 Analytics for video surveillance can be simply described as processing on a digital image that utilizes pre-determined algorithms in an attempt to automatically identify objects or activities of interest. Unfortunately, problems concerning the reliability of analytics can occur when using visible cameras when there is fluctuation in lighting, low-light conditions, or common natural occurrences such as wind, precipitation or the presence of insects, especially at night. Thermal imaging cameras’ high contrast video output minimizes these normally troublesome issues, and with the same analytics, provide higher reliability, significantly reducing false alarms.

On top of all of the previously listed benefits that thermal offers, the technology has proven itself to be as a great option for those looking to obtain top security coverage at a sensible price. The incredibly effective imaging range of thermal minimizes the number of cameras and mounting poles required for most projects and eliminates the need for costly, supplementary lighting. Deploying video analytics with thermal provides a highly effective intrusion detection system, and a reduction in false alarms compared to visible cameras. The end result is a cost-effective security solution that performs 24/7 and requires little attention from your security team or off-site remote monitoring service provider. Little things like lighting repairs or responses to false alarms may not seem like a big deal at first, but as Benjamin Franklin once said, “Beware of little expenses; a small leak can sink a great ship.”