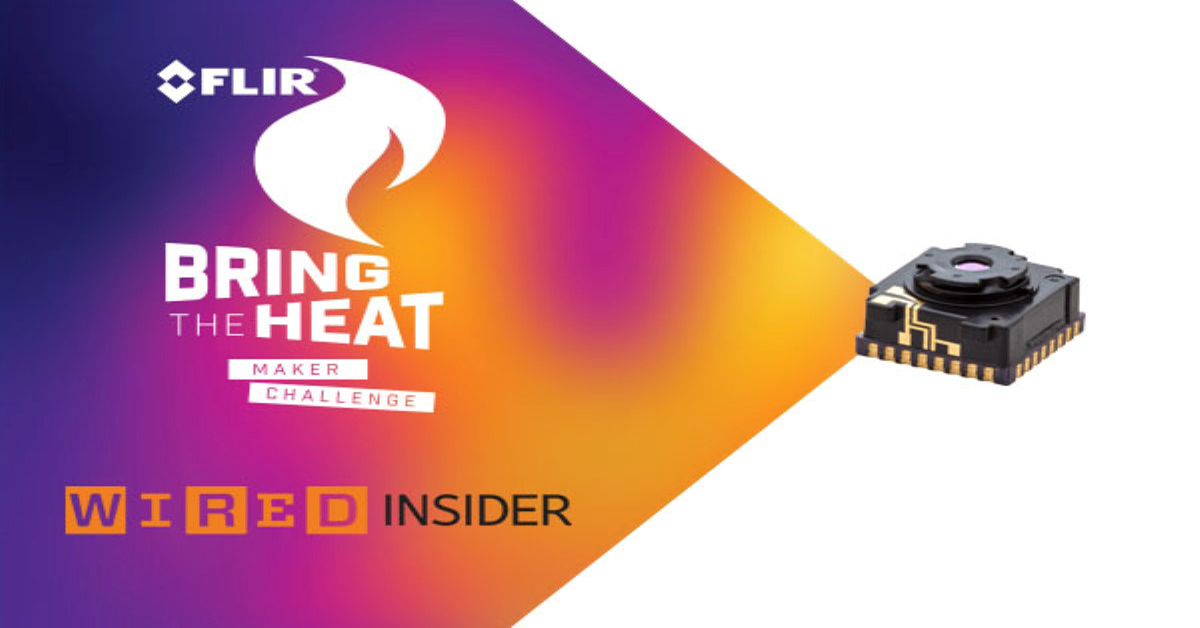 Today FLIR announced a competition aimed at the ‘Maker’ community – gadget-making hobbyists – that will give five Makers a trip to Consumer Electronics Show (CES) 2017 in Las Vegas to pitch their projects (aka ‘makes’).

Sponsored by FLIR and hosted by Wired Insider, Makers only have to submit their idea to be entered to win a chance to be one of five semifinalists. Semifinalists will then be tasked to make a prototype that features a FLIR Lepton micro thermal imaging camera, and we’ll assign a FLIR mentor to each semifinalist for support during this stage. FLIR will then fly the semifinalists to CES to present their prototypes onstage at the FLIR booth from the CES showfloor.

The competition is looking for entries in these categories:

Judges will select the finalists by the product’s innovativeness, operability, compelling thermal factors and commercial viability. The grand prize winner will be honored at the Wired Café at CES and in Wired magazine.

The deadline to enter is November 11, and we’ll select the semifinalists on November 15.

If you’re ready to enter, visit the contest page to sign up and see all the entry details.

If you like to build but are new to thermal and need some inspiration, head over to our Lepton Maker site.