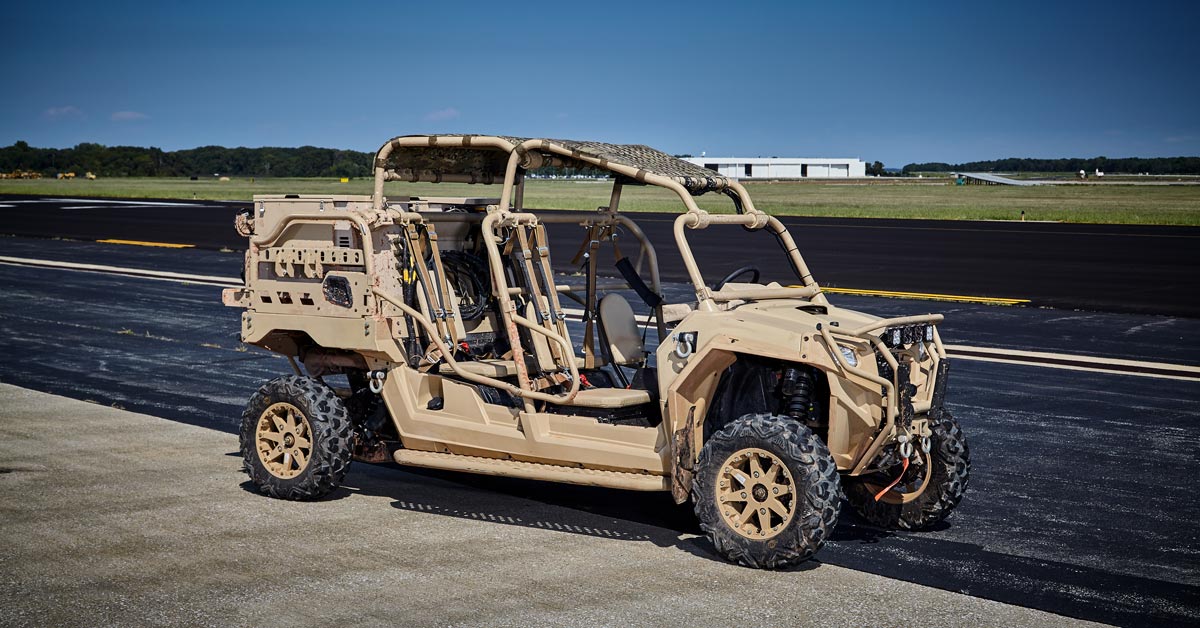 Today FLIR debuted its new ground surveillance-focused LTV-X Light Tactical Vehicle and the Ranger R6SS radar system at the Special Operations Forces Industry Conference (SOFIC) in Florida. The LTV-X is a rugged, tactical reconnaissance vehicle that is the first vehicle small enough to be transported inside a Bell Boeing V-22 Osprey, while the new Ranger R6SS is a radar system that integrates into the LTV-X.

The LTV-X includes electro-optical, thermal imaging systems and advanced radar by the Ranger R6SS to provide optimal situational awareness. The Ranger R6SS detects and tracks objects within 15 kilometers, and it offers superior target detection and acquisition.

With the ability to be launched direct from a V-22 Osprey, the LTV-X combined with the Ranger R6SS and other sensors give the military powerful, localized situational awareness they need to complete their missions and return home safely. The LTV-X and Ranger R6SS are the latest innovations driven by FLIR’s Commercially Developed Military Qualified (CDMQ) model whereby we research and develop technology, and deploy in more a rapid fashion.