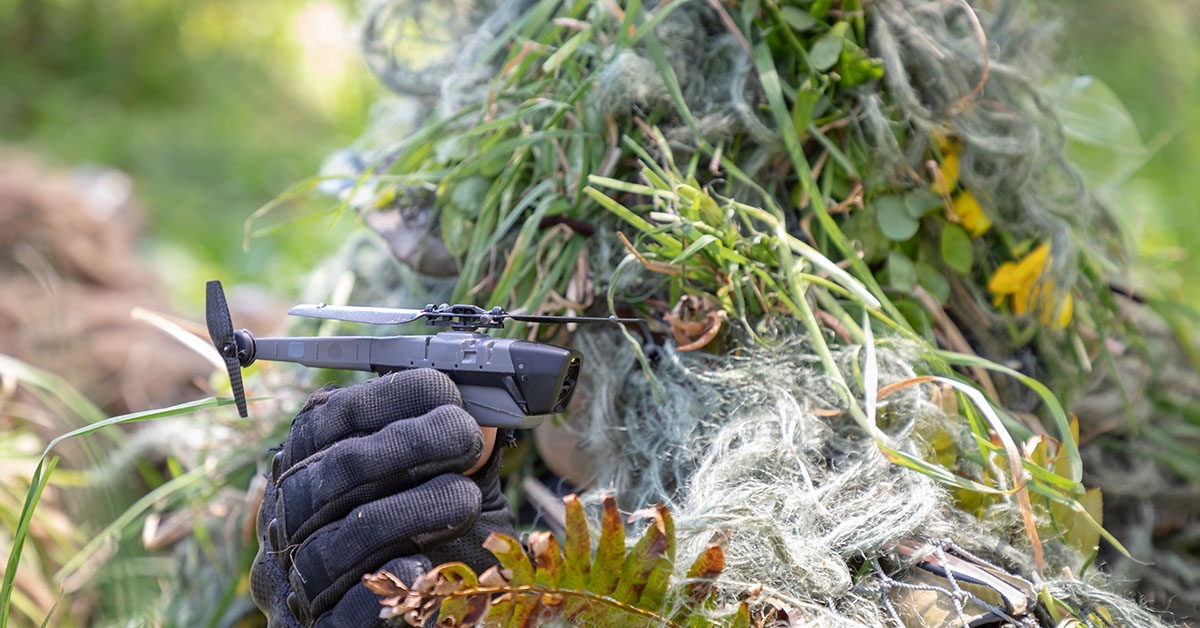 ARLINGTON, Va. – April 15, 2019 – FLIR Systems, Inc. (NASDAQ: FLIR) announced it has been awarded a $1.8 million contract by the British Army to deliver the FLIR Black Hornet 3 Personal Reconnaissance System (PRS). The order is for an experimental procurement of the combat-proven Black Hornet PRS and part of the UK Ministry of Defense’s Transformation Fund Rapid Procurement Initiative.

Units delivered under the contract will support platoon- and troop-level surveillance and reconnaissance capabilities. They also will be used in part for a test and evaluation of nano Unmanned Aircraft System (UAS) capabilities to enhance warfighters’ situational awareness on the frontlines.

“In 2013, the British Army was the first military force to deploy this technology in an active combat zone with troops operating in Afghanistan,” said David Ray, President of FLIR’s Government and Defense Business Unit. “We are pleased they have again chosen FLIR for its nano UAS solution and we are proud to provide the Black Hornet 3, our latest version of this revolutionary, lifesaving technology, to soldiers on the battlefield.”

At 32 grams with a flight time up to 25 minutes, the nearly silent, pocket-sized Black Hornet 3 transmits live video and high-definition still images back to the operator. Its information feed provides soldiers with immediate covert situational awareness to help them more effectively complete their mission. FLIR has delivered more than 7,000 Black Hornets to military customers worldwide, and this new contract with the British Army expands use of the Black Hornet PRS for military surveillance and reconnaissance programs.

FLIR will manufacture the systems in Hvalstad, Norway. Deliveries will begin immediately and are expected to be completed within six months. For more information about the FLIR Black Hornet PRS, please visit www.flir.com/blackhornet.

Founded in 1978, FLIR Systems is a world-leading industrial technology company focused on intelligent sensing solutions for defense, industrial, and commercial applications. FLIR Systems’ vision is to be “The World’s Sixth Sense,” creating technologies to help professionals make more informed decisions that save lives and livelihoods. For more information, please visitwww.flir.com and follow @flir.

The statements in this release by David Ray and the other statements in this release about the contract and order described above are forward-looking statements within the meaning of the Private Securities Litigation Reform Act of 1995. Such statements are based on current expectations, estimates, and projections about FLIR's business based, in part, on assumptions made by management. These statements are not guarantees of future performance and involve risks and uncertainties that are difficult to predict. Therefore, actual outcomes and results may differ materially from what is expressed or forecasted in such forward-looking statements due to numerous factors, including the following: the ability to manufacture and deliver the systems referenced in this release, changes in pricing of FLIR's products, changing demand for FLIR's products, product mix, the impact of competitive products and pricing, constraints on supplies of critical components, excess or shortage of production capacity, the ability of FLIR to manufacture and ship products in a timely manner, FLIR's continuing compliance with U.S. export control laws and regulations, and other risks discussed from time to time in FLIR's Securities and Exchange Commission filings and reports. In addition, such statements could be affected by general industry and market conditions and growth rates, and general domestic and international economic conditions. Such forward-looking statements speak only as of the date on which they are made and FLIR does not undertake any obligation to update any forward-looking statement to reflect events or circumstances after the date of this release, or for changes made to this document by wire services or Internet service providers.