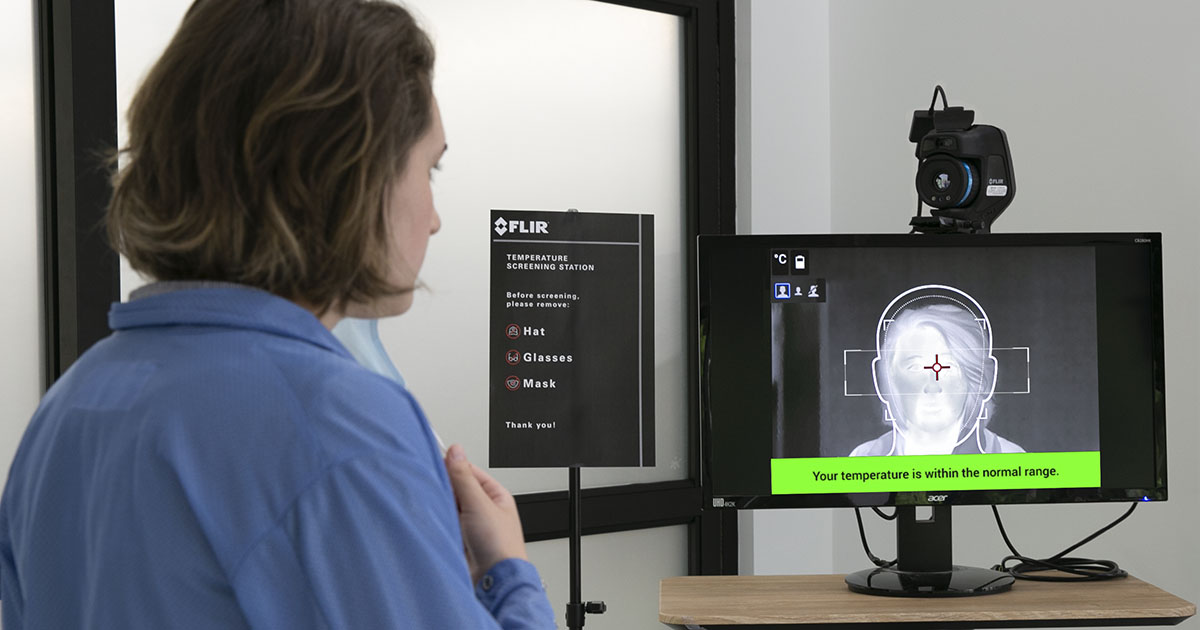 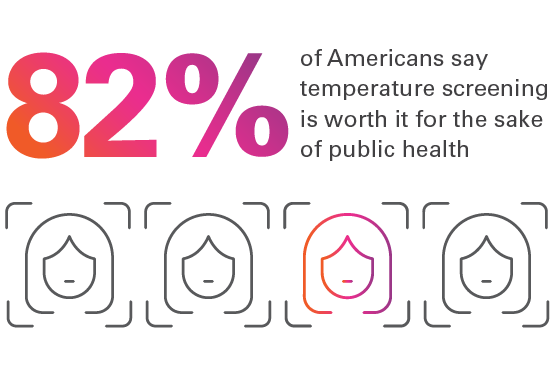 Commissioned by FLIR and completed July 28-30, of the more than 2,000 adults polled, the vast majority, 82% of respondents, say thermal temperature screening is “worth it for the sake of public health.”

Broken down by place, 89% of those surveyed support thermal temperature screening for visiting a doctor or having a medical test completed. Even for “going to a concert or sporting event,” the lowest priority of the options provided across all participants, three in four respondents support thermal screening. 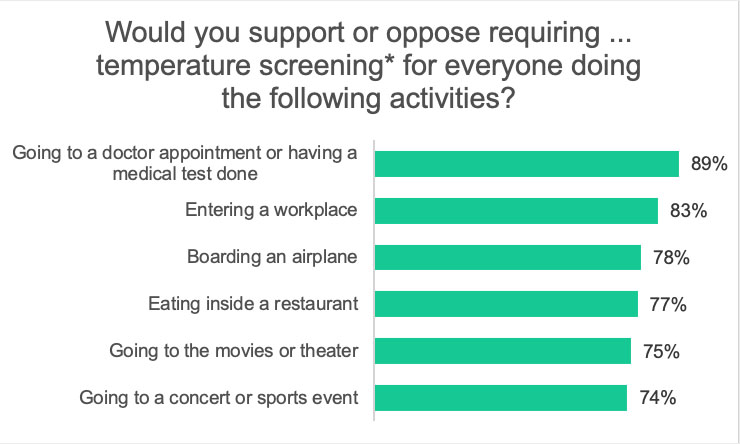 *Description given to respondent: It has been recommended that people entering certain areas or establishments are screened for a fever among other COVID-19 symptoms before permitted entry. This would mean each person would be stopped at the entry way for a few seconds to have their skin temperature taken automatically by a thermal camera. This type of thermal temperature screening is non-invasive, adheres to social distancing guidelines, and no temperature or personal data is saved.

Grouped by age, Americans 65 and older say thermal imaging screening would make them more likely to attend activities by an average of 5-10 percentage points compared to other age groups. A survey-high of both men and women aged 65 and above, about 96%, say they support thermal temperature screening for a doctor’s appointment or having a medical test completed. The lowest rated scenario for this group was for “going to the movie or theatre,” at 86% in support of thermal screening.

This new FLIR survey echoes results from a previous Harris Poll survey conducted March 28-30, 2020, where a large majority of Americans, 84%, say they would support a required health screening before someone could be allowed to enter certain crowded public spaces and 77% agreed for visiting certain businesses such as restaurants, offices and cinemas.

However, there are limits to how much Americans are willing to accept additional screening.

What’s the difference between elevated skin temperature and a fever?

Respondents cited accuracy of temperature screening as a top concern. Asked whether the readings “may not always be accurate,” 41% say this is a major concern, while 59% say it’s either a minor concern or not a concern at all.

Potentially longer lines (31%) and the privacy of personal data (34%) are also mentioned as being a “major concern” by survey respondents.

For FLIR elevated skin temperature cameras, thermal temperature screening does not require the collection of any personally identifiable information to be an effective solution as part of a broader health and safety program. These cameras are also accurate within a fraction of a degree, enabling operators and subjects to maintain social distancing while completing the screening in seconds.

When used properly and with the appropriate equipment, thermal imaging screening can quickly and safely identify at-risk individuals for further medical screening.

Interested in a step-by-step guide for elevated skin temperature screening? Download The Complete Guidebook on Thermal Screening for Elevated Skin Temperature now and put yourself on the right track to deploying the right solution to protect against the spread of infection.