Generally speaking, connectivity errors occur because the amount of data to be transmitted exceeds the capacity of the connection between camera and computer. Connectivity errors manifest in a variety of ways such as skipped frames, torn images, or failure to enumerate the camera.

LadybugCapPro collects event statistics that display events over time, including image inconsistency errors, link recovery counts, and skipped frames. If the connection is good, the only event value that should increase is the total number of frames. Constantly increasing values for the other events can indicate poor connectivity.

In the LadybugCapPro main window, click on the green button on the lower left corner. (This button turns red if errors were detected in the last 10 seconds.) Teledyne is continually testing for solutions that maintain optimum connectivity while supporting longer distances. Although a shorter cable (5 meters or less) is recommended, a hub may be used to extend the cable length beyond 5 meters and to improve connectivity. We recommend using a hub when using a laptop or when using cables longer than 3 meters.

The Ladybug6 has worked successfully with the following systems:

The Ladybug5+ has worked successfully with the following systems:

For Ladybug5+, if changing cables is not possible or does not fix the issue, try removing the rubber gasket from the camera to ensure a more secure lock between cable and camera.

Note: without the gasket the Ladybug5+ no longer has an IP65 rating.

To remove, slowly peel back the rubber as shown below. Then attach the cable and ensure it is locked securely to the camera. 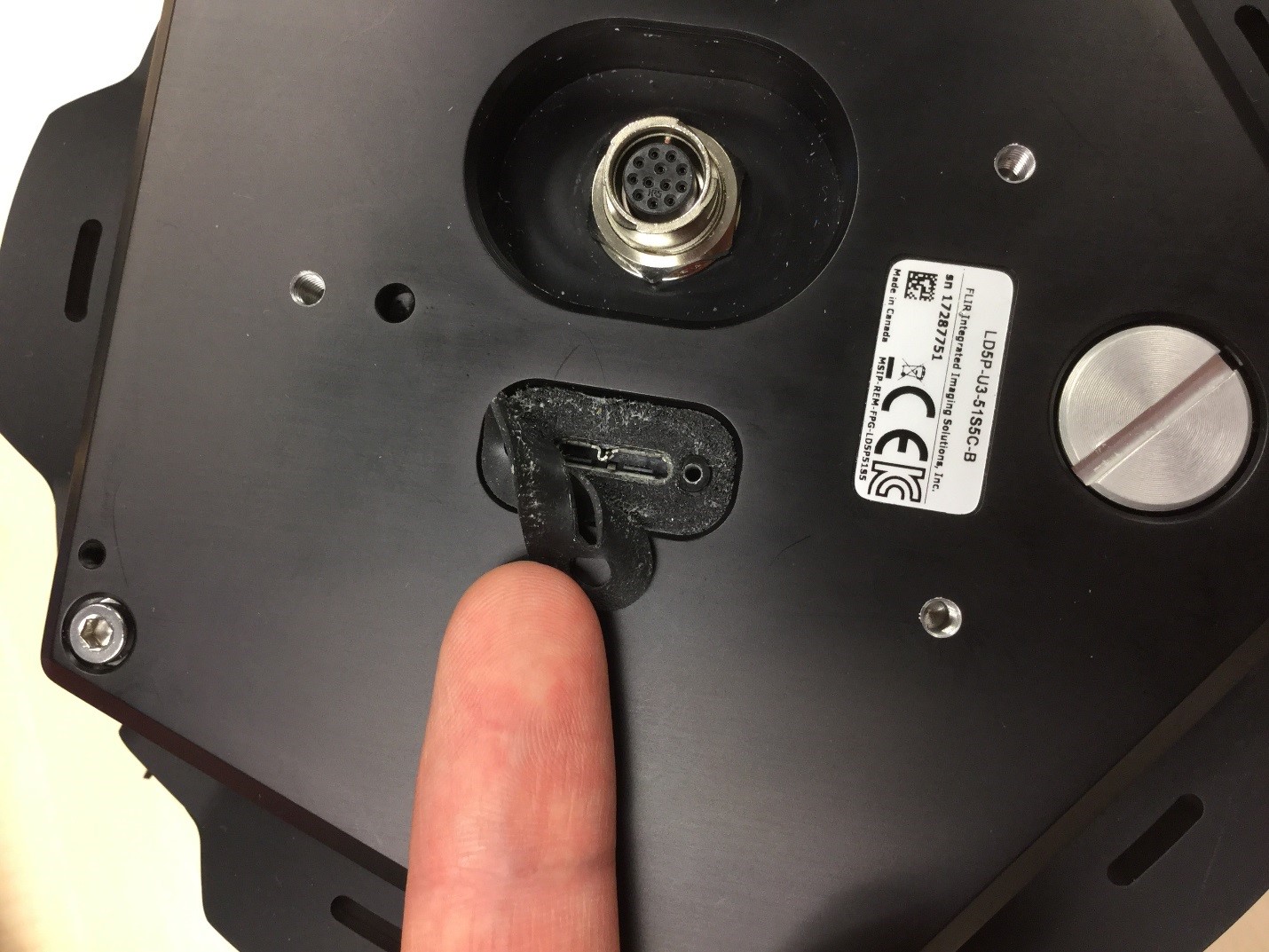