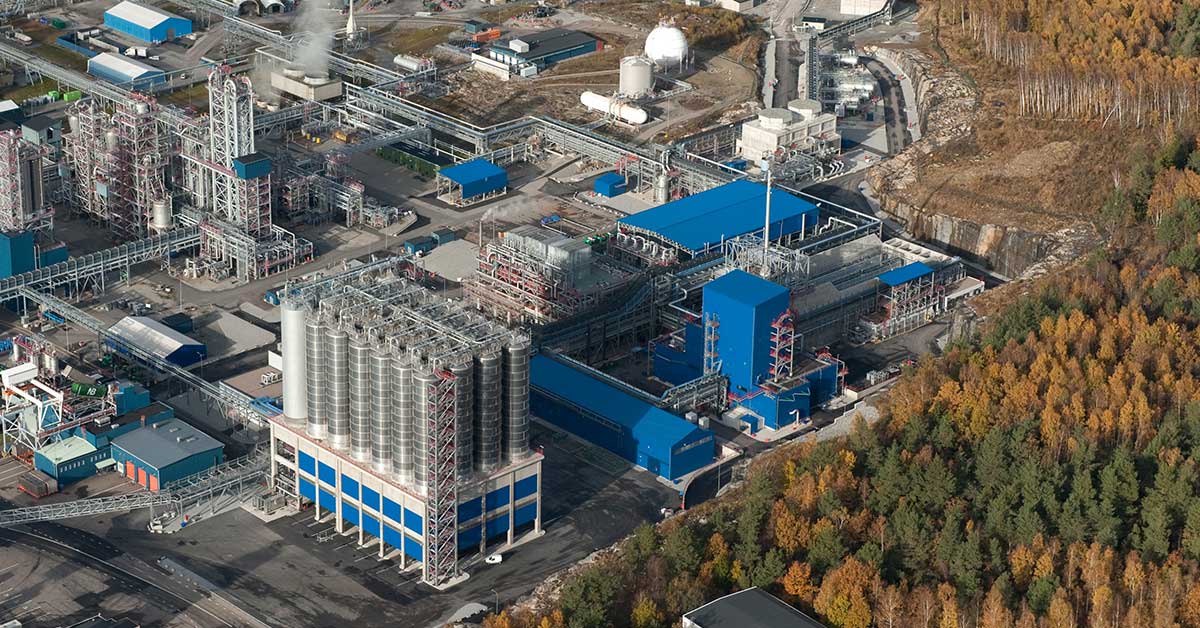 Many petrochemical plants handle invisible gaseous hydrocarbons. Most of these gases pose some sort of safety aspects. They may be toxic, or can cause health issues in case of long term exposure. Others are highly flammable, explosive even, and most of them will have a negative impact on the environment if they enter the atmosphere in large quantities. That is why leak detection is of vital importance in these petrochemical plants.

One of such plants is the Borealis high-pressure, low-density polyethylene (LDPE) plant in Stenungsund, Sweden, which produces LDPE products for the cable and wire sector and has an annual production capacity of 350,000 tonnes. The Borealis cracker facility delivers the main ingredient: ethylene, which is converted into polyethylene in a high-pressure polymerization process.

Ethylene is a highly flammable hydrocarbon. To further increase the safety within the plant and reduce the environmental impact, Borealis has purchased an optical gas imaging camera from FLIR Systems. With this gas leak detection tool Borealis ensures that no gas leak escapes the attention of the process operators.

The High Sensitivity Mode (HSM) is a special feature included in all GF-Series optical gas imaging cameras. It is an image subtraction video processing technique that effectively enhances the thermal sensitivity of the camera. The HSM feature subtracts a percentage of individual pixel signals from frames in the video stream from the subsequent frames, thus enhancing the differences between frames, which make leaks stand out more clearly in the resulting images.

All leaks to be repaired are reported to the maintenance crews. In this part of the process the use of optical gas imaging cameras also has an advantage over sniffers, according to Schiller. "When you are using sniffers you have to describe the exact location of the leak using words which can be difficult sometimes. With the optical gas imaging camera we can simply attach a video file to the work order and the maintenance crew will see for themselves where the leak is located. This allows me to spend less time on generating leak reports and more time out in the plant, detecting leaks, or performing other duties."

The FLIR GF306 optical gas imaging camera contains a cooled Quantum Well Infrared Photodetector (QWIP) that produces thermal images with a resolution of 320 x 240 pixels at a thermal sensitivity 25 mK (0,025 °C). The gas visualization functionality of the FLIR GF-Series optical gas imaging cameras is based on infrared absorption. Gases absorb electromagnetic radiation in certain parts of the spectrum. FLIR GF-Series optical gas imaging cameras contain a spectral filter, a focal plane array and optics that are specifically tuned to such a part of the spectral range. Since the gas absorbs infrared radiation it blocks radiation from objects behind the gas, causing gas leaks to show up as either a black or a white plume in the thermal image, depending on whether the user opted for the 'white hot' or the 'black hot' settings.

Apart from real time visualization the FLIR GF306 optical gas imaging camera is also capable of recording both visual light video and thermal video footage. "This is very important, because the moving smoke like plume shows up much more clearly in a video than in a still picture", explains Schiller. "For leak reports we usually start our video recording in the visual video mode, to show the location to the maintenance crew, then we switch to the gas detection mode to show the leak and then we switch back to visual video mode to verify the leak location. This method has worked really well for us."

According to Schiller one of the advantages of using optical gas imaging is that you will be more likely to detect the leaks in unexpected locations. "Leaks can really turn up in the strangest of places. There was one case where a support pipe was welded onto a bend in the pipework, but the welder had been overenthusiastic and his welding had caused a leak from the pipework into the support. With the optical gas imaging camera it was very easy to locate the gas escaping from the pipe support, since it stood out very clearly in the thermal image, but with a sniffer it would have taken ages to detect the leak, if we would have ever detected it at all, for who would look for leaks in a pipe support?"

"Another example of an unexpected leak location was when I found gas escaping from insulation material. Due to a leak in a connection at the other end gas leaked in behind the insulation and at the other end it leaked out again. And this is just one of a list of leaks detected with the optical gas imaging camera that would have been nigh impossible to detect with a sniffer. A sniffer has to be held exactly in the right spot to detect a leak, so the inspector will only hold in locations where leaks may be expected. With an optical gas imaging camera you see all leaks within the camera's field of view. You can use it to spot leaks easily, quickly and it makes your inspections more thorough."