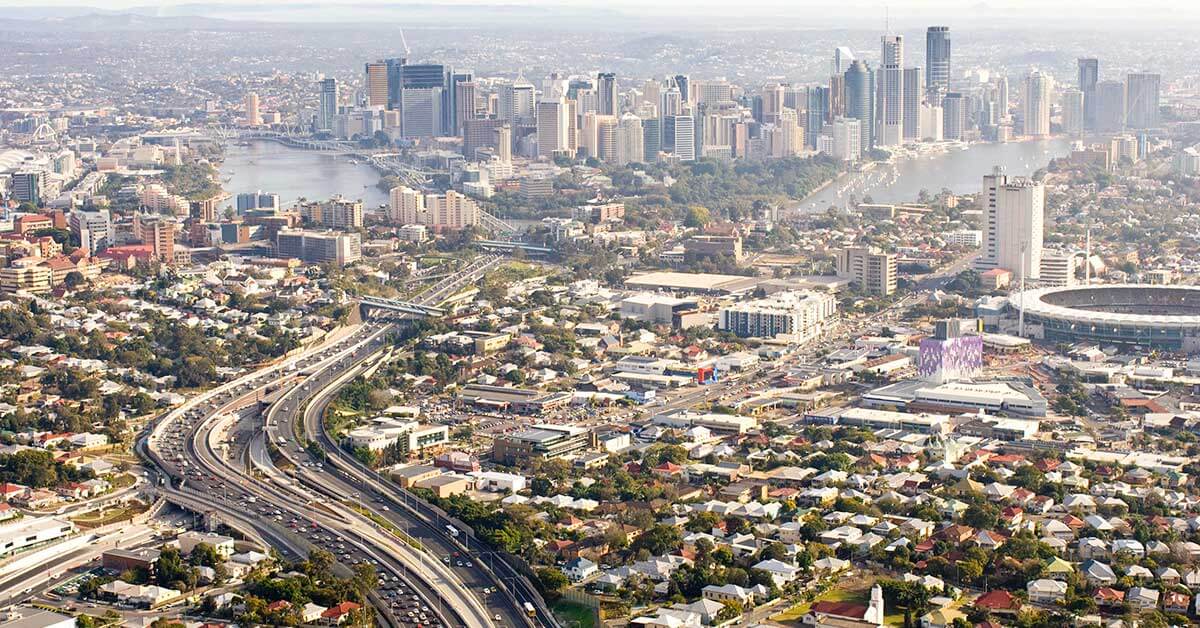 The CLEM7 project was designed to alleviate traffic congestion in the rapidly growing city, especially in Brisbane’s congested Central Business District. The major benefit is that motorists, by using the 6.8 km toll way, avoid 24 sets of traffic lights and reduce their travel time by up to 30 percent. In the same time, local communities benefit from new and upgraded bike and pedestrian paths and improved local road connections.

FLIR Intelligent Transportation Systems was officially selected to implement its intelligent detection system in the CLEM7. 190 cameras were installed inside the tunnel together with FLIR’s VIP-T modules. The major goal of these Video Image Processors is to provide real-time data on traffic flows and automatically detect all traffic incidents. All events that can create a potential danger to the road user, like a wrong way driver, a queue, smoke, are detected within seconds and transmitted to the traffic control centre to prevent escalation and major disasters inside the tunnel. The camera interdistance is about 60m, allowing a redundant detection area. Events are picked up by multiple cameras & detectors, and the management software will filter this out to minimize the alarms in the traffic control centre. Next to the 190 inside cameras, there are 24 outdoor cameras for automatic incident detection and 10 for traffic data collection for statistical purposes. This way, the CLEM7 not only significantly reduces the traffic volume in the city; it also creates a higher security level for the motorists crossing Brisbane.

Alignment of the CLEM7 (in purple) with the different connections (in red). Next to the 5 existing connections, a sixth one will be added in 2012 with the new Airport Tunnel (on the upper right).

The Clem Jones tunnel project also makes use of FLUX, FLIR’s advanced software solution that collects traffic data, events, alarms and video images generated by the video detectors. The main goal of FLUX is to manage and control all traffic information generated by these various detectors and to make it useful, meaningful and relevant to the user. FLUX provides a user-friendly interface composed of a monitoring and a reporting application and enables real-time monitoring of events and alarms. All event info is automatically documented and visualized in a straightforward way, allowing managing each traffic situation efficiently. 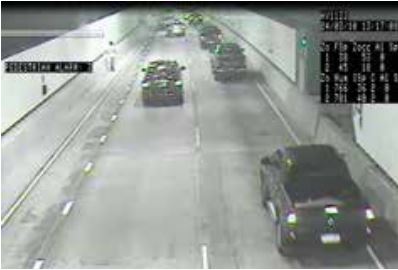 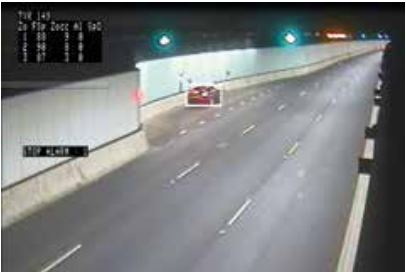 Detection of a pedestrian (top) and a stopped vehicle (bottom)