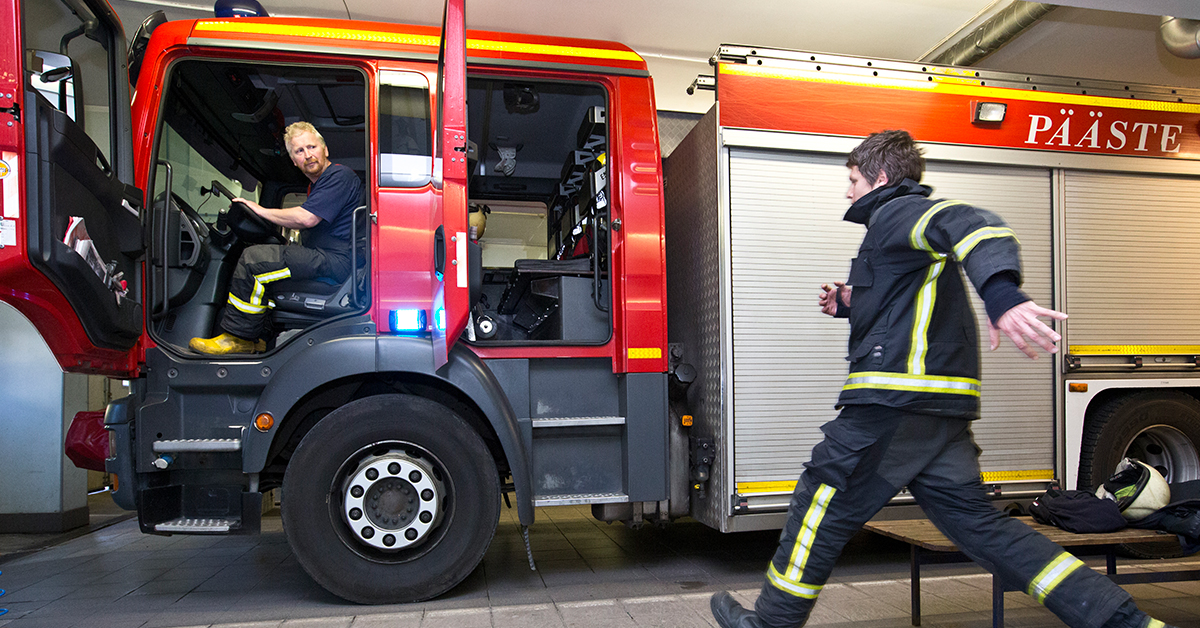 The Estonian Rescue Board is an autonomous governmental organization that coordinates the fire extinguishing and rescue activities of 72 fire teams across Estonia. In total, some 1720 firemen are represented by the Estonian Rescue Board. As an experienced user of thermal imaging camera technology, the organization decided to equip all of its departments with TICs from FLIR.

The Estonian Rescue Board is a government institution under the jurisdiction of the Ministry of Interior, which has a leading role in planning preparedness for emergencies and operational management of Regional Rescue Centers. It is also responsible for the development and implementation of national rescue policies. The board has always been paying attention to the adoption of new technologies to improve the effectiveness of prevention and rescue efforts, especially to reduce the time needed to reach the victim and locate the event.

In that context, the organization is certainly no stranger to thermal imaging and it knows the benefits of this technology very well. “Before 2012, we had been using a small number of thermal imaging cameras from various brands,” comments Rasmus Laar, firefighting expert with the Estonian Rescue Board. “Convinced of the benefits of this technology, we wanted to equip all professional Estonian firefighting teams wither thermal imagers. That’s why, in 2012, we launched a tender for the purchase of new thermal cameras, to which several companies responded. But FLIR Systems was able to provide us with the best offer.”

“We have one K-Series camera per truck but about ten trucks, which are deployed for a larger number of operations, have two cameras.” - Rasmus Laar, firefighting expert, Estonian Rescue Board

Thermal imaging cameras can effectively see through smoke, giving firefighters better situational awareness, both of where they are in a building, and where they are in relation to their team members. This significantly improves the speed of operations during fire attacks and rescue operations, which is critical in order to save lives or prevent further damage. For the specialists of the Estonian Rescue Board, this was one of the main reasons why the deployment of thermal imaging cameras was needed nationwide.

Rasmus Laar explains: “Without thermal imaging cameras, our firefighters reported that smoke diving operations were really slow, due to the lack of visual awareness. In fact, our firefighters were blind in the smoke during many of their operations. But now, thanks to the thermal imaging cameras from FLIR, we see clearly through the smoke and thus we can perform our smoke diving operations ten times faster.”

“We are very absolutely satisfied with our FLIR TICs and we couldn’t imagine our teams to work without it.” - Rasmus Laar

Recognize more, easier than ever

FLIR K-Series are powerful TICs that present big, bright thermal images and are simpler to use under challenging conditions. Five imaging options enable users to shift thermal sensitivity and effective temperature range modes to help speed tactical decisions and the search for survivors. And oversized buttons for gloved-handed operation make them easy to access. Up to 200 images can be saved for in-camera review later or can be downloaded to create reports back at the station.

“We use our FLIR K-Series cameras for a wide range of tasks, all of which increase our life-saving capability significantly,” says Rasmus Laar. “This includes smoke diving, seeing the effects of firefighting actions from a distance, seeking our way in a fire scene, looking for victims, or afterwards, detecting parts that are still hot. Mostly we have one camera per truck but about ten trucks, which are deployed for a larger number of operations, have two cameras. On site, the crew leader always makes a quick assessment with the FLIR K-Series thermal camera and after that our firefighters use it to enter the fire scene.”

“We are very absolutely satisfied with our FLIR TICs and we couldn’t imagine our teams to work without it,” says Rasmus Laar. “With our previous models we used before 2012, we had quite some units that required warranty repairs, but we had none of those issues with the FLIR K-Series.”