The storage of hydrocarbons such as crude oil, naphtha, and diesel, always implies the risk of a fire or explosion. In an effort to mitigate such risk, French oil pipeline and storage company Société du Pipeline Sud Européen (SPSE) implemented an innovative fire detection system on its tank storage site in the south of France. Monitoring a total area of 160 hectares, the detection system uses field-proven thermal cameras from FLIR to detect fires in the earliest stage.

SPSE owns and operates the South European Pipeline, a crude oil pipeline system spanning from Fos-sur-Mer in France to Karlsruhe in Germany. The company also runs a maritime terminal in Fos-sur-Mer which is made up of 40 tanks, with a total capacity of 2.26 million cubic meters.

SPSE says it remains consistently focused on safe operations and maintaining respect for the environment. They have every reason to do this: hydrocarbons are dangerous, highly-flammable substancesthat give off vapor which can easily catch fire when a source of ignition is nearby. The storage of petrol and other hydrocarbons is also covered by legislation requiring companies like SPSE to have reliable fire prevention measures in place.

“The SPSE site is close to the Fos-sur-Mer harbor and in the middle of a large industrial site,” explains Thibaud Berardi, project manager at SPSE. “Add the fact that we store dangerous hydrocarbons on this site, and it’s safe to say that a high-performance fire detection system is an absolute necessity.”

Before opting for their thermal-based fire detection system, SPSE first explored other options. They investigated the possibility of deploying a linear heat detection system on the tank roofs, which is able to detect a fire anywhere along the length of the cable.

“We experimented with this linear cable system on one of the forty tanks on our site,” says Berardi. “Although this type of detection worked fine, we quickly realized that such a system would be way too expensive. We would have had to install a cable on each of the forty tanks in order to be effective. Also, linear cable detection implies that once a fire occurs, the detection cable is destroyed and you need to replace it. From a cost standpoint, this would not have been a durable solution.”

In 2019, SPSE was contacted by Exavision, a French distributor and manufacturer of high-end vision and sensor-based systems for industrial, defense and security applications. Among many other solutions, Exavision is the manufacturer of NEMOSYS Fire, a fire detection camera system for use in pipeline monitoring that makes use of FLIR thermal cameras.

NEMOSYS Fire is a pan-tilt camera system that can detect the outbreak of fire in an early stage by continuously scanning a vast area in 360° mode. The system uses FLIR A310 cameras to measure the temperature of each pixel in the camera’s field of view and generates an alert when a certain temperature threshold is exceeded. 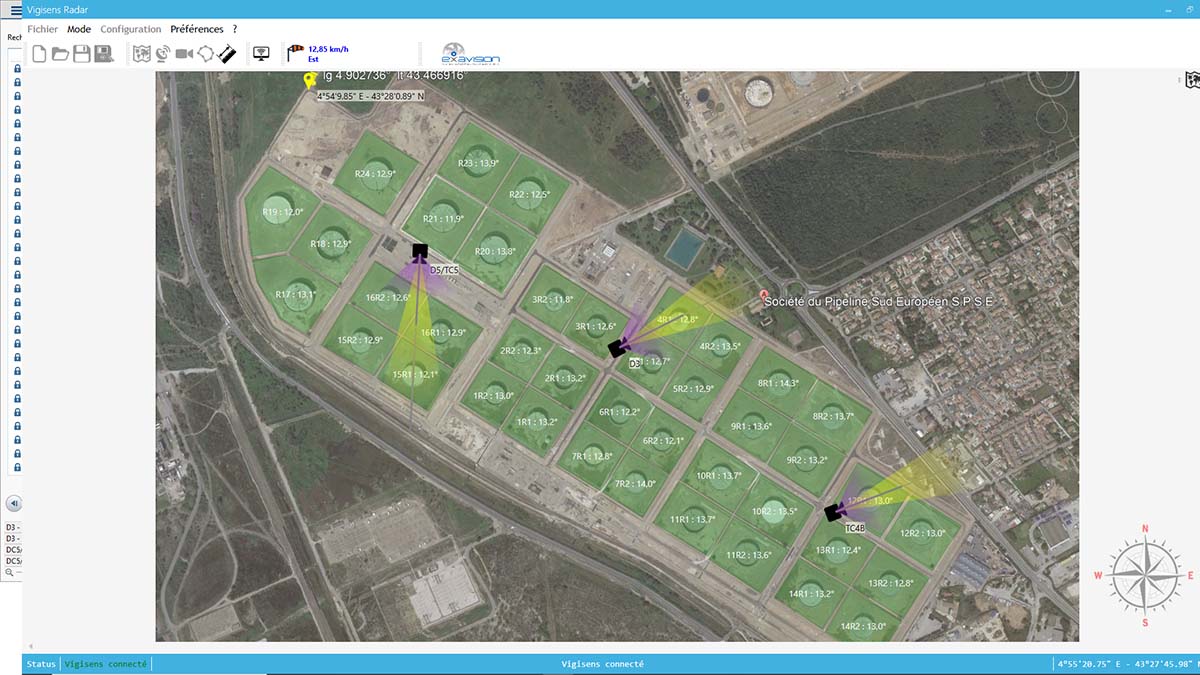 With only three camera systems, SPSE can automatically scan each of the forty tanks three minutes for 50 seconds at a time.

“We organized a demo of the NEMOSYS system on the Fos-sur-Mer site, and we were immediately able to convince SPSE of the system’s performance,” says Cedric Perez, technical manager at Exavision. “The fact that FLIR is a world leader in thermal imaging and that we have been integrating FLIR cameras into our vision systems for many years ultimately reassured the people at SPSE to go for our thermal system.”

Three NEMOSYS Fire installations, installed on 30-meter poles, now scan the entire 160-hectare site on a 24/7 basis. Two systems cover 13 tanks and one covers 14 tanks. The entire installation is set up to make sure that each tank roof on the site is automatically scanned every three minutes for a duration of 50 seconds. Each NEMOSYS system uses two FLIR A310 cameras: one A310 camera is fitted with a 25° lens to monitor tank roofs at a long range (300 meters), and the other has a 90° lens to scan for fires near the camera pole.

SPSE personnel can now monitor the entire site from one location via Exavision’s proprietary VIGISENS monitoring software, which it developed with the help of the FLIR Atlas software development toolkit. When a fire occurs, the VIGISENS software clearly shows the hotspots on the thermal video streams and immediately alerts personnel not only through visual alarms but also by phone or text message.

In addition, VIGISENS constantly registers temperature measurements and recognizes trends, which allows SPSE to predict when a fire will occur. In case of an anomalous temperature increase between consecutive PTZ cycles, SPSE personnel will be alerted so they can react appropriately and prevent worse from happening.

“Instead of installing detection cables on each tank, we now have a cost-effective fire detection system that allows us to scan the entire area with just three cameras,” says Berardi.

The SPSE team can monitor the entire site in one overview and from one location. They can select the regions of interest on the roof tanks they need to monitor, and they are immediately notified in case of a temperature increase in that region of interest. SPSE can also control the camera movements for better incident management. 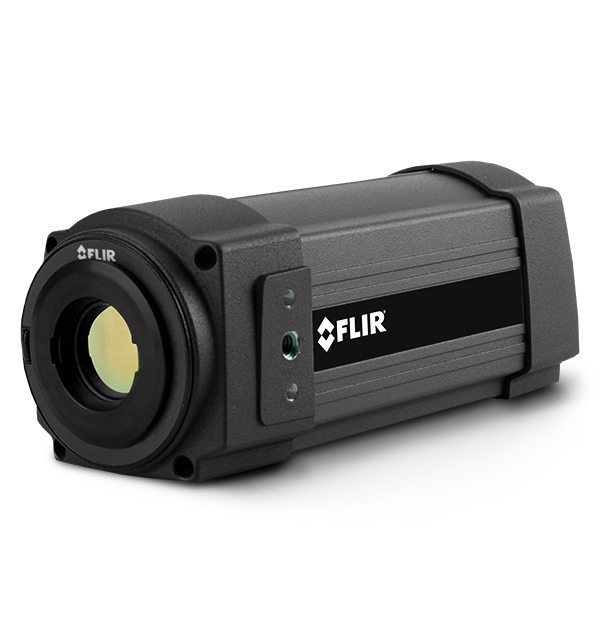 FLIR A310 cameras measure the temperature of each pixel in the field of view and generate an alert when a temperature threshold is exceeded.

“At first, we were a bit worried about the long distances our fire detection system needed to cover,” says Berardi. “Also, being close to the see, we often need to cope with strong winds, which might impact the camera performance. Luckily, none of these concerns were necessary. The system from FLIR and Exavision has proven to be very robust and effective, even in harsh environmental conditions.”