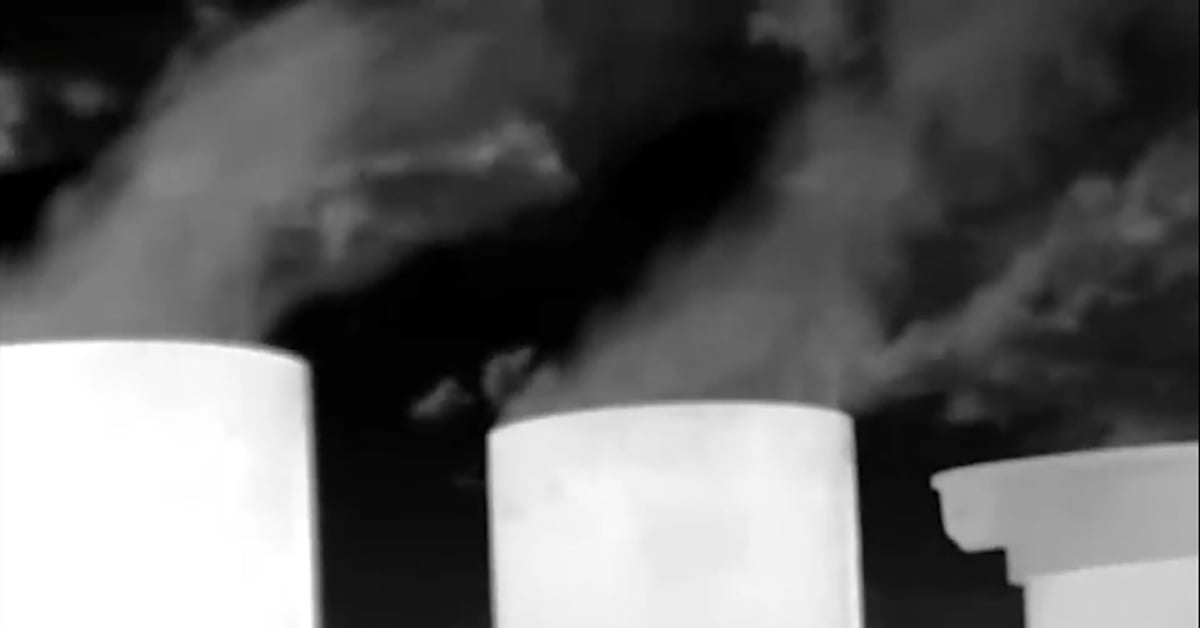 Most gases—methane, sulfur hexafluoride (SF6), carbon monoxide, and hundreds of others—are invisible to the naked eye, just like the gases in the air around us. But can they be seen with a thermal camera?

Many gases invisible to the naked eye can be visualized with optical gas imaging.

How does optical gas imaging work?

Many gas compounds absorb some infrared energy, but only within a certain range of wavelengths. Most hydrocarbons—benzene, butane, and methane for example—absorb radiation near the wavelength of 3.3μm (micrometers), while a compound like SF6 absorbs energy near 10.6μm. (There are some hydrocarbons that have multiple absorption peaks in the IR spectrum, like methane which also absorbs near 7.7μm, but easily visualizing these gas leaks should be done with a filtered OGI camera.)

An OGI camera uses a unique spectral filter mounted in front of the detector that restricts the wavelengths of radiation allowed to pass through to a very narrow range—what’s called the band pass.

Within this very narrow range, targeted to a specific gas, OGI cameras can visualize where a gas plume exists, which typically looks like a smoke cloud, by blocking the energy from reaching the IR detector. This cloud is where the energy in that wavelength is being absorbed by the gas.

To learn more about how an OGI camera works, check out FLIR’s Science Behind Optical Gas Imaging article.

Can all gases be seen with thermal?

Because OGI cameras visualize gas as a lack of infrared energy, if a gas does not absorb infrared radiation in the filtered bandpass it cannot be directly imaged with an Optical Gas Imager. For instance, noble gases such as helium, oxygen, and nitrogen cannot be directly imaged. And even if one camera can visualize a specific gas, hydrocarbon gases for example, it will not visualize another gas that has drastically different infrared absorption properties, like SF6.  This is why FLIR has a portfolio of OGI cameras for detection of a variety of gases.

Can a gas be identified with thermal imaging?

OGI cameras are excellent for detecting gas leaks. However, this process does not lend itself to gas identification—it’s necessary to know beforehand what spectral filter to use for the specific absorption band of the gas in question.  A camera also cannot speciate which gas in a “family” of gases is being detected.  For example, a camera that visualizes hydrocarbon gases cannot tell you which hydrocarbon gas is being seen.

Check out the gas detection cameras offered by FLIR to learn more about how these cameras are used to detect gas leaks quickly and safely.