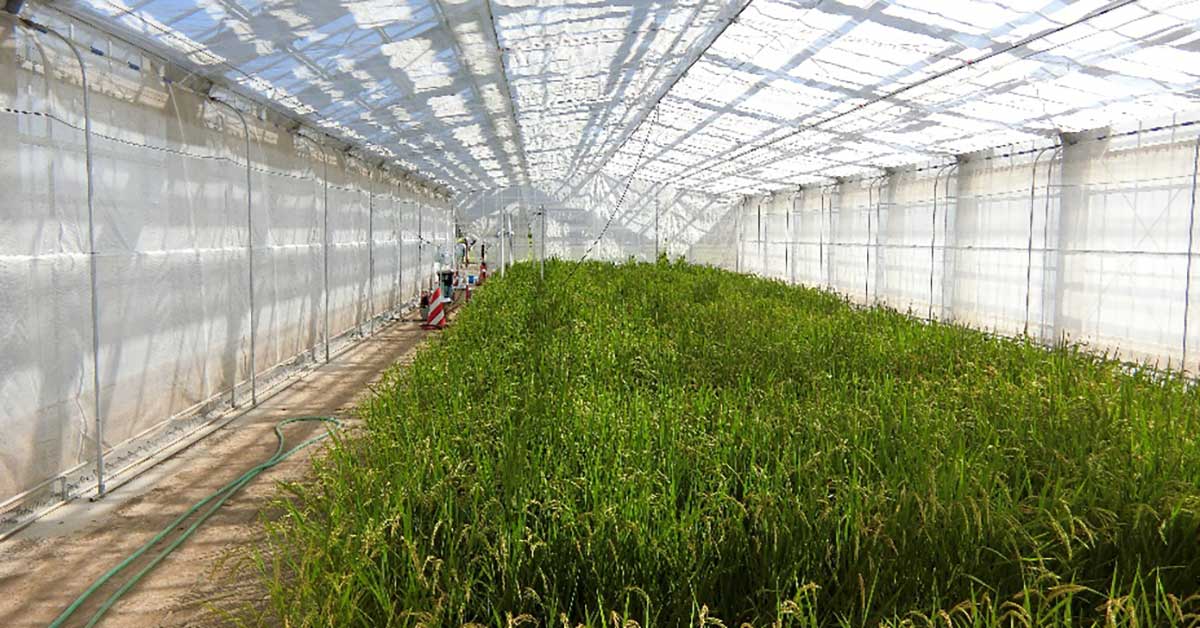 Japan’s agriculture is faced with many serious problems, including the aging of workers, a lack of successors, and trade liberalization under the Trans-Pacific Partnership (TPP). A research group is working on the optimization and automation of agriculture to solve these problems using the FLIR AX8 thermal imaging camera to collect temperature images of crops during the cultivation process. By visualizing the surface temperatures of crops on a time series, a technology not available in the past, their data can improve agricultural optimization and automation.

The research group includes Professor Ryo Miyake at The University of Tokyo (Graduate School of Engineering), Professor Atsushi Ogawa at Akita Prefectural University (Faculty of Bioresource Sciences), Associate Professor Tetsushi Koide at Hiroshima University (Research Institute for Nanodevice and Bio Systems, or RNBS), and other experts, working on a project titled “Development of plant growth estimation technologies combined with robust field monitors and micro-fluidic model simulating plant vascular system” at JST CREST. Associate Professor Koide and his team are in charge of collecting and analyzing data on the cultivation process for agricultural crops.

With the aging of workers and a shortage of successors in Japanese agriculture, efforts are gathering momentum toward automation in different segments. Japan is currently known as the world’s fifth-largest agricultural power. However, more than 60% of the agricultural population is 65 years old and over, while the working population under 35 regrettably represents only 5%.

Since critically important agricultural knowledge of how to nurture crops is no longer being passed down in the traditional manner, knowledge must instead be accumulated from a variety of sources. “In order to hand down veteran farmers’ expertise, it is necessary to collect various data,” explains Associate Professor Koide.

Above all, it is critical to know how to prepare fertilizers and nutrients. “There are almost no climates that are the same across Japan,” Koide points out. “The climate environment will change even in Japan, owing to various factors. In the past, the Tohoku region lacked sunshine, compared with normal years.” 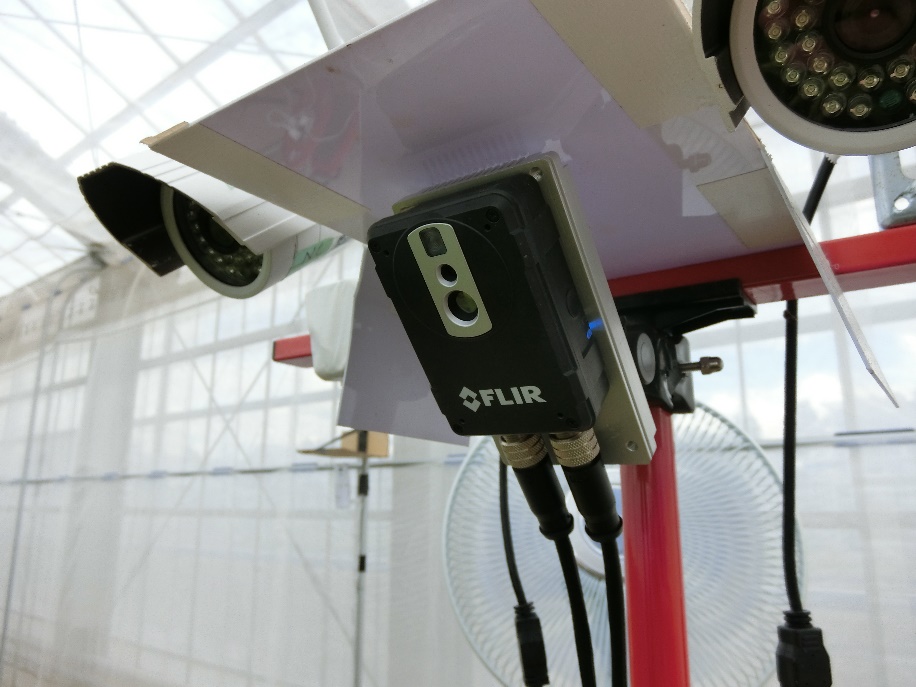 The FLIR AX8 continuously observes the growth of crops.

In fact, annual meteorological forecasts have not always been accurate. However, by collecting temperature data, thermal images, and visible images in real time and periodically from a permanently installed fixed camera, it may be possible to adapt to environmental changes by adjusting the amount of fertilizers and nutrients accordingly.

Infrared cameras play a big role in breed improvement. In recent years, Japan has experienced abnormal weather accompanied by rising temperatures. The higher temperatures affect not only the health of humans and animals, but also the growth of agricultural crops. In the case of rice, if the temperature increases during the ripening period, the plant suffers “high-temperature damage” and grows with many immature white grains and the like. This is attributable not only to excessively high temperatures, but also to how farmers manage water and fertilizers. High-temperature damage also influences the grade of the rice affected. 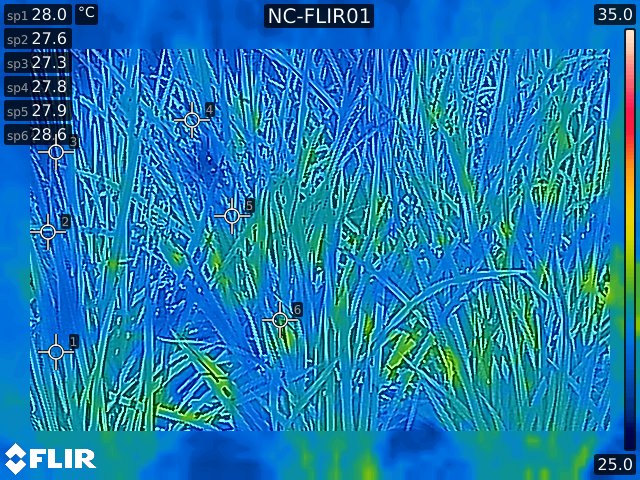 The FLIR AX8 generates infrared images of 80 x 60 pixels together with temperature information.

An infrared camera enables researchers to identify any association of temperature distribution data and thermal images in real time with the occurrence tendency of high-temperature damage. By introducing thermal cameras at an early stage, it may be possible to create an environment that minimizes damage to rice.

In addition, by accumulating temperature data, researchers can check sunlight hours and temperature distributions of rice and leaves, which may help reduce damage to rice by determining the suitable amount of moisture. Further accumulation of data will also help farmers make decisions about whether to accelerate or delay cultivation in the following years, which would be impossible with existing records and knowledge alone.

Infrared cameras are particularly effective in these circumstances because they can monitor the state of leaf temperature in real time. Conventional methods can measure photosynthesis by frequently placing the plant in a specialized chamber, but with infrared, it's possible to measure the leaf temperature without giving stress to the leaves, and to track the relationship of temperature with transpiration.

It is highly likely that rice management with such state observation will improve rice quality, as well as prevent grade decline caused by high-temperature damage and other factors. “In the future, we would like to further advance our research, so that infrared cameras can be applied to local crops of Hiroshima Prefecture”, says Associate Professor Koide. 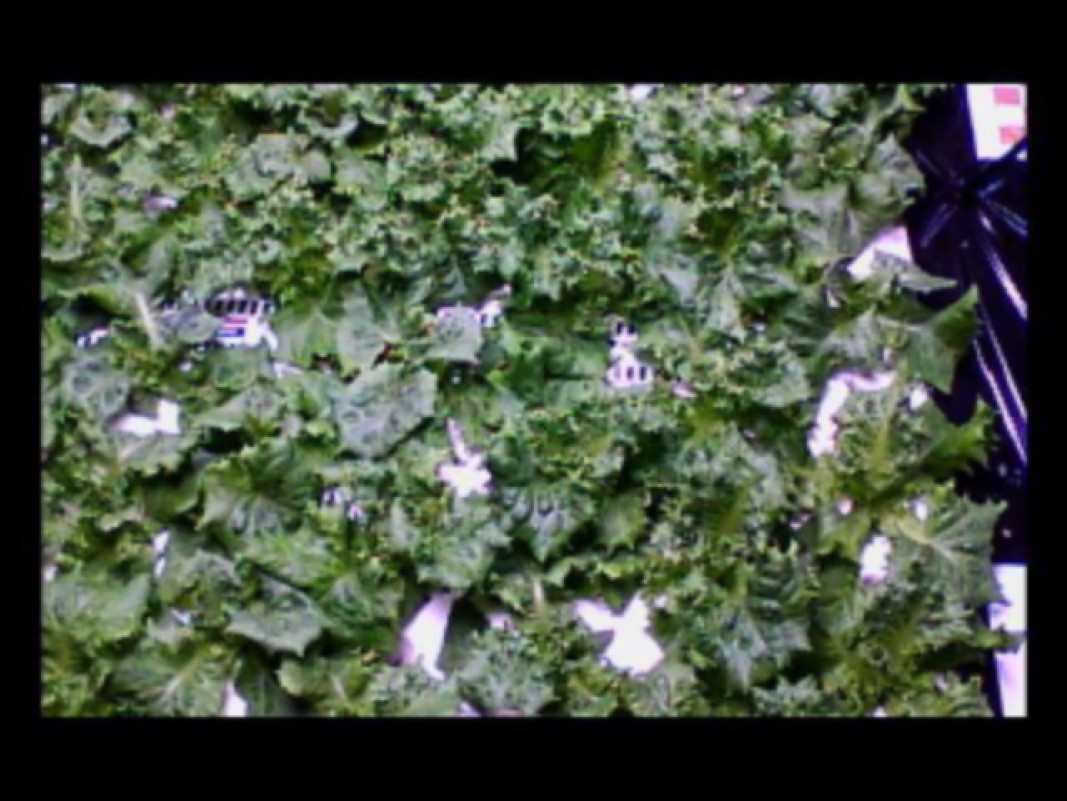 Associate Professor Koide’s goal is “to practicalize next-generation cultivation technology and to promote widespread use of image sensing technology among farmers, while pursuing the ease of use of such technology.” Conventionally, agricultural technologies have been developed based mainly on practical know-how and the experience of farmers. It is quite a new experience for them to periodically acquire temperature data in real time and use such data to obtain a trend graph of the temperatures of rice and rice leaves.

Monitoring leaf temperatures with the AX8.

By keeping records of temperature trends, farmers may be able to measure the state of photosynthesis. The FLIR AX8 plays a huge role in visualizing the trend of high-temperature damage.

Currently, participating universities are using the JST CREST research project to test out sensors and sensing information useful for next-generation cultivation technology. Among them, FLIR continuous monitoring cameras, capable of collecting and processing temperature data and images, are expected to greatly contribute to the development of agriculture.