On any scene, the right tool for the job is determined by the working environment. No single detector can be used for every scenario. A variety of complementary explosives detection technologies are used in combination to enhance operations. As the global threat of terrorism increases, special teams depend more than ever on both preventative and confirmatory technologies to complete their mission. Post-incident forensics and preventative intelligence are two scenarios in which a gas chromatograph mass spectrometer (GC-MS) can supplement presumptive detectors to better inform action plans on-scene.

Handheld explosive trace detectors (ETDs) have long been used by military and civilian responders to interdict explosive threats before they cause harm. They are used in random checkpoints, temporary roadblocks, or on foot patrol. FLIR’s Fido® X-Series handheld ETDs provide an unprecedented combination of sensitivity, speed, and ease of use for security teams during preventative screening operations (Figure 1).

While handheld ETD equipment can help responders quickly assess potential on-scene threats and provide a presumptive detection, GC-MS technology like FLIR’s Griffin™ G510 (Figure 2), adds more fidelity to the scene by specifically confirming the identity of an explosive threat. Should the FLIR Fido alert security teams or law enforcement to the presence of an explosive, special operations can be called in with the Griffin G510 to confirm and gather additional intelligence about the explosive. GC-MS can also be used by forensic specialists during post-blast incident response to analyze surface residues.

GC-MS is a gold-standard technology used both inside and outside of labs to analyze complex samples, including vapor, liquid, and solid-phase chemicals. GC-MS is selective and sensitive and offers the broadest capability – making it the ultimate confirmatory tool. Results can be produced in just a few minutes, expediting decision-making at the point of sample collection.

This application note demonstrates the use of a FLIR Griffin G510 Suspected Explosives Trace Method to analyze a a mixture of explosives standards and a real-world C4 sample.

A mixture of explosives standards was analyzed first to demonstrate the Griffin G510’s capability of identifying a range of explosives targets in a single analytical run (Figure 3). Minimum Detectable Levels (MDL) were calculated at low nanogram levels. Table 1 displays the retention times and Griffin Match Factor for the explosives identified.

Figure 3: GSS Touch results for the analysis of an explosives standards mixture.

After demonstrating low-level detection for a variety of explosives, a real-world C4 sample was analyzed to identify explosives in a dirty matrix.

For this application note, explosive materials were extracted from the particulate sample using acetonitrile, and the resulting solution injected by syringe into the standard liquid injector on the Griffin G510 for analysis. As shown in Figure 4, RDX (C3H6N6O6) was detected and confirmed in a C4 sample. Figure 5 is the resulting mass spectral library match for C4. 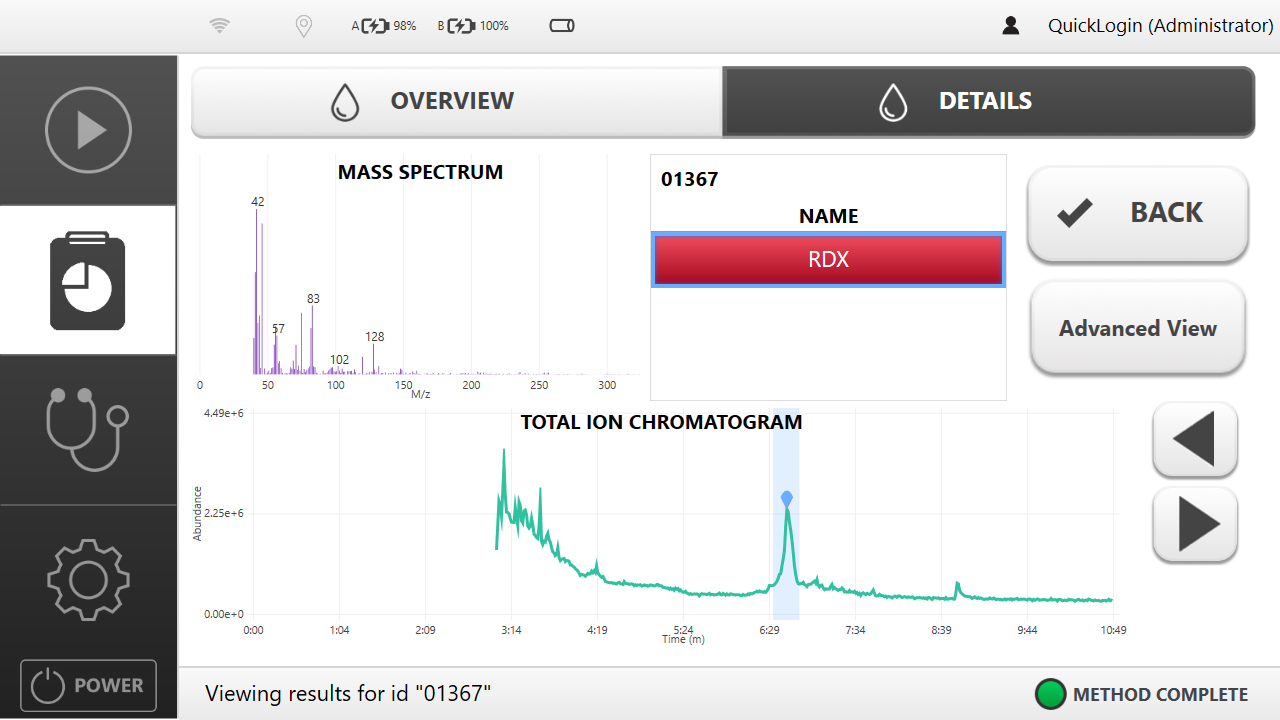 Figure 5: Comparison of RDX mass spectrum from extracted C4 against the library.

The range of low volatility explosives targets, including TNT and RDX, identified in this application note, in combination with the ability to perform sample introduction by syringe, is a capability never before offered in a person portable GC-MS. Successful analysis of a real-world C4 sample demonstrates the value of the FLIR Griffin G510 to detect explosives at low concentrations in a dirty matrix. This capability set enables field users to confirm the identity of a broad range of explosives threats at the site of interest to better inform action plans.