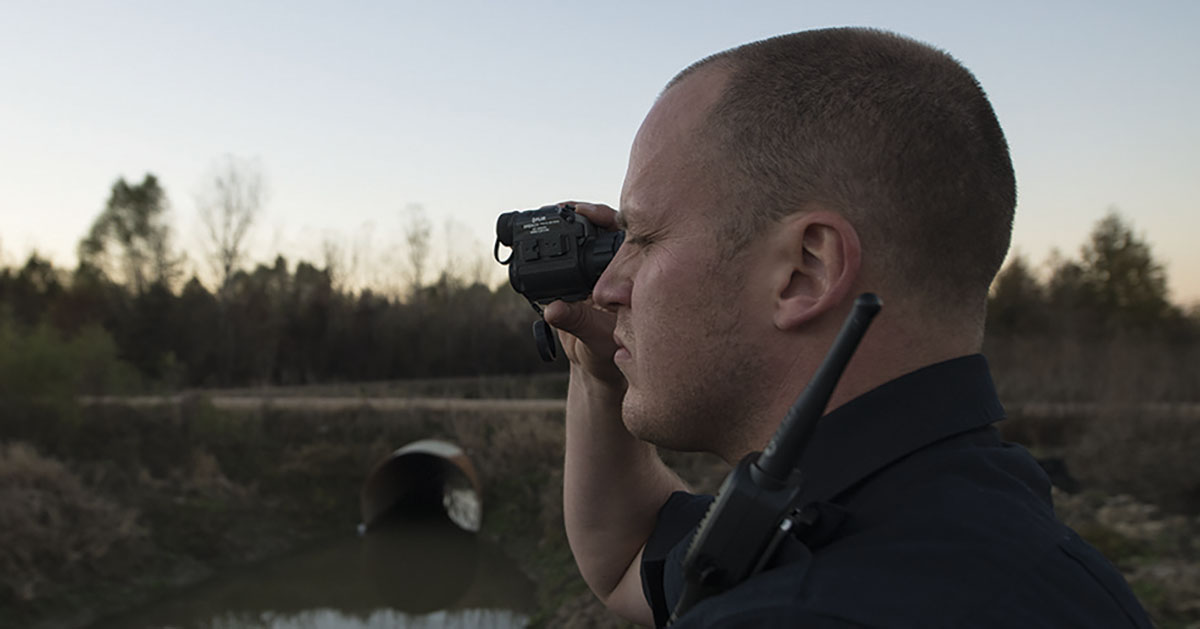 With the Shooting Hunting and Outdoor Trade (SHOT) Show around the corner, today we announced a variety of thermal and night vision products for the tactical and outdoor markets.

Weighing only 7.4oz, the FLIR Breach multifunctional thermal monocular is FLIR’s lightest, most compact, full-featured 320x240 thermal monocular that fits in a pocket or mounted to a helmet. Powered by FLIR’s 12-micron high-performance Boson™ thermal core, the Breach delivers crisp images on a high-definition display, and offers recording and internal storage of up to four hours of video and 1,000 still images.

FLIR is also expanding its Armasight™ by FLIR night vision lineup with new monocular and binocular families with hand, weapon or helmet mounted options. Each family is available with Generation 2 or 3 technology and multiple lens configurations, including an upgraded 19mm lens that offers a 51-degree field-of-view for 25 percent more viewing area. All models include manual gain control, up to 40 hours of run time from a single AA alkaline or CR123 battery and feature a flip-up-turn-off, flip-down-turn-on design when mounted to a helmet.

All new products, and existing FLIR and Armasight product portfolios, will be on display next week in FLIR booth #621 during the Shooting Hunting and Outdoor Trade (SHOT) Show in Las Vegas.