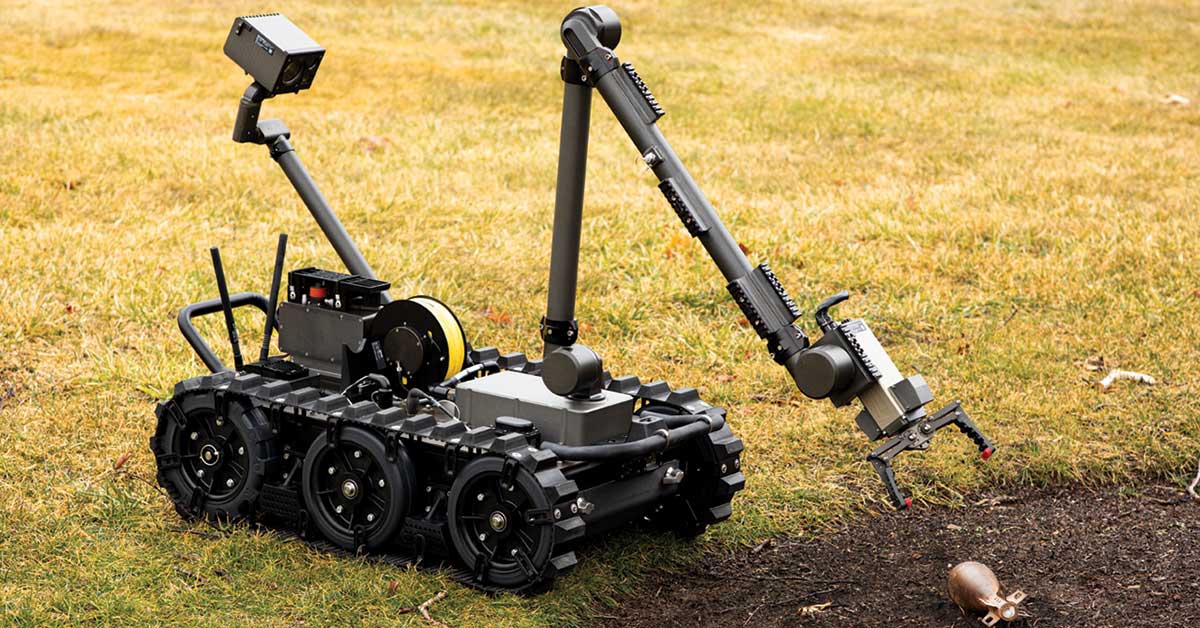 Order for Nearly 200 of the Company’s Medium-Weight Ground Robots Will Give Air Force Teams the Same Unmanned Platform FLIR is Providing to U.S. Army

In 2017, the U.S. Army chose FLIR Systems’ legacy business, Endeavor Robotics, as its medium-sized robot provider for MTRS Inc II. The company created a newly designed UGV, Centaur, as its MTRS Inc II solution. FLIR has begun delivering Centaur units to the Army under that multi-year program of record, which upon award was valued at up to $158 million, including options.

Air Force Explosive Ordnance Disposal (EOD) teams will use the FLIR Centaur to assist in disarming improvised explosive devices (IEDs), unexploded ordnance, and similar hazardous tasks. Multiple sensors and payloads can be added to Centaur to support other missions.

“Centaur gives operators a highly versatile, man-transportable UGV that helps saves lives by keeping humans away from danger,” said David Ray, president of the Government and Defense Business Unit at FLIR. “We’re pleased the Air Force has chosen Centaur as its mid-sized robot solution and that the MTRS Inc II program can serve as an efficient procurement vehicle.”

Centaur is a remotely operated, medium-sized UGV system that provides a standoff capability to detect, confirm, identify, and dispose of hazards. Weighing roughly 160 pounds, the open-architected robot features an advanced EO/IR camera suite, a manipulator arm that reaches more than six feet, and the ability to climb stairs. Its modular payloads can be used for CBRNE detection and other missions.

Shipments are expected to begin in the second quarter of 2020. For more on FLIR Systems’ Unmanned Ground Systems platforms, visit www.flir.com/UIS/UGS.