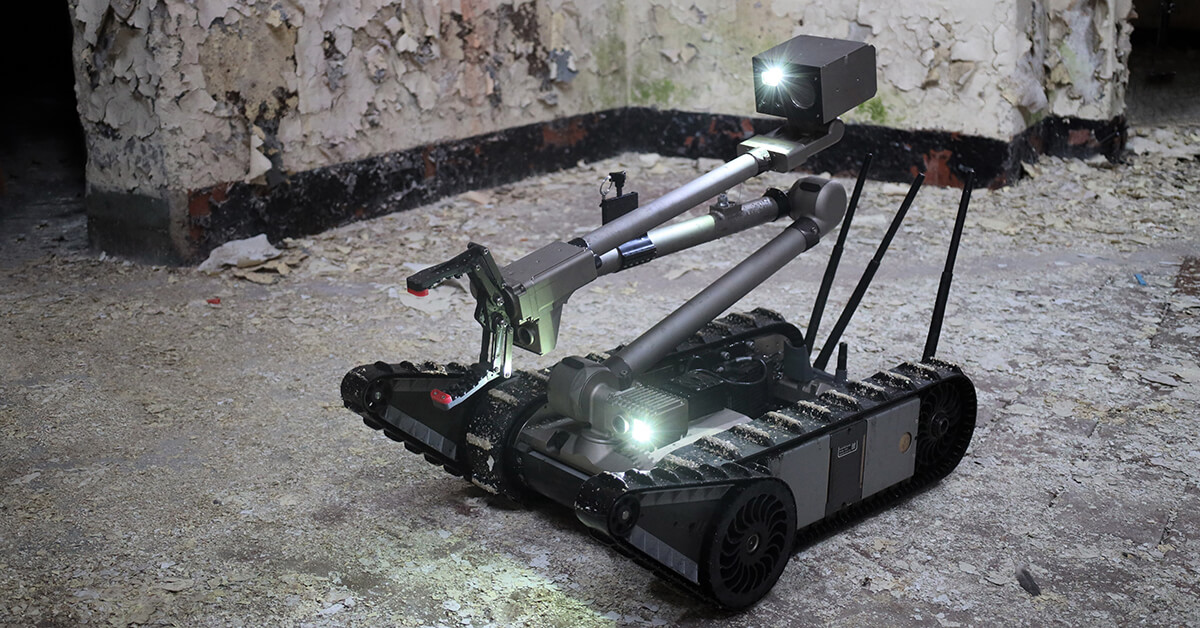 The Teledyne FLIR PackBot 525 is the most advanced model of the company’s signature ground robot, used by U.S. and international defense forces since 2001. Deployed in combat zones from the caves of Afghanistan to the IED-littered roads of Iraq, the rugged, 27 kg PackBot keeps operators safe while conducting a wide range of tasks, such as bomb disposal, close-in surveillance, and situations involving hostages or hazardous materials.

“This new delivery of unmanned assets will give Germany’s soldiers more than a hundred versatile UGVs, with upgraded features and technology to keep them from harm during dangerous missions,” said Dr. David Cullin, vice president and general manager of Unmanned and Integrated Solutions at Teledyne FLIR Defense. “PackBot is the world’s most trusted counter-IED robot, and this latest shipment adds to the German Army’s inventory of Teledyne FLIR unmanned ground vehicles.

“We’re proud to work with ELP and deepen our long-standing relationship with the German Army during this crucial and challenging time for European security,” Cullin added.

“We are pleased to work with Teledyne FLIR to provide the best solutions to the German Army. Communication, coordination, and teamwork have been essential in making sure the program becomes the success it is today. These ground robots are vital to future security efforts within and outside of Germany,” said Simon Weiss, managing director at ELP.

Employed in 57 countries, PackBots have helped defeat more than 70,000 IEDs. The advanced UGV offers enhanced communications, a tablet-based controller, and a common architecture that allows users to quickly connect cameras and other attachments to suit different mission needs. Among its many features, PackBot accepts a wide variety of sensors to detect chemical, biological and nerve agents, radiation levels, and explosives.

Teledyne FLIR, a Teledyne Technologies company, is a world leader in intelligent sensing, unmanned systems, and integrated solutions for defense and industrial markets, with roughly 4,000 employees worldwide. Founded in 1978, the company develops a wide range of advanced technologies to help professionals make better, faster decisions that save lives and livelihoods. To learn more, visit teledyneflir.com or follow @flir. #AnyThreatAnywhere