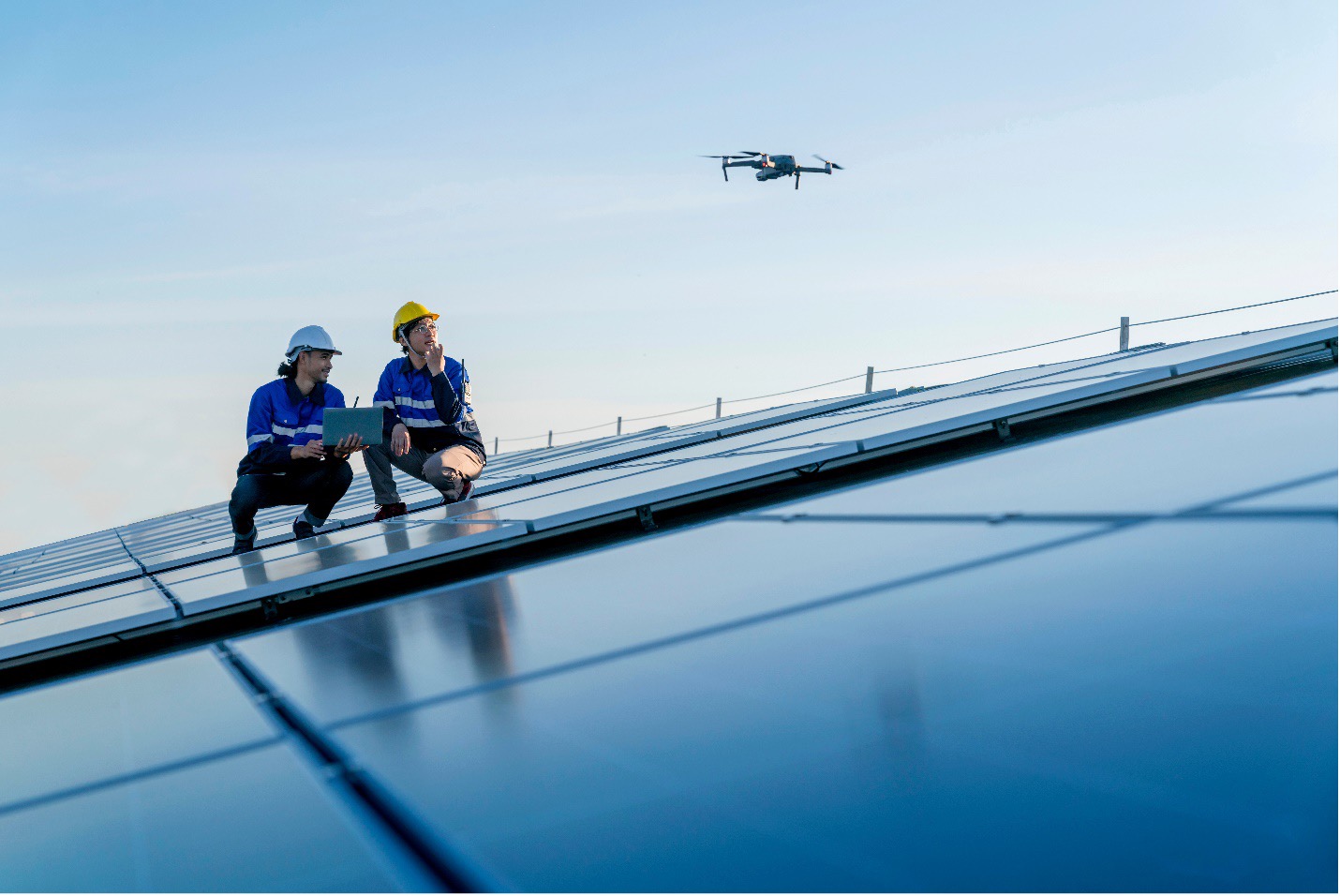 One of the most popular uses for drone thermography is solar panel inspection. As one of a drone’s biggest advantages is its ability to cover large areas quickly, this makes a lot of sense. A drone thermographer can image hundreds of acres of solar fields in a fraction of the time it would take to chase down anomalies the old-fashioned way.

This makes drone thermal inspections the new normal for periodic inspections of large solar fields, enabling precise trend analysis over time. An often-overlooked value of thermal solar inspections is to perform a detailed inspection upon commissioning, both to provide a baseline set of images and data from which to start a trend analysis program and to catch faults that were caused by substandard installation, which may be covered under warranty.

But did you know there’s an accepted standard to be used to guide these inspections? Read on!

IEC Technical Specification 62446-3 is a European standard many outside of Europe use as a guide to make sure they’re providing consistent, high quality thermal drone inspections of photovoltaic (PV) sites. Its recommendations cover the type of inspection to be performed, the conditions under which the inspections should be performed, the equipment requirements, and personnel training requirements. For the purpose of this DELTA Solution Series, we’ll just cover the first two. 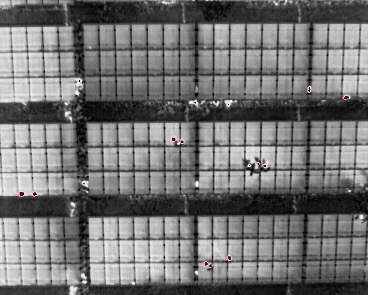 In order to fly a detailed inspection, operators must fly at an altitude that would produce a 3-cm-per-pixel ground sample distance on the panels. Given a six-inch square solar cell, this would provide a five-by-five-pixel square inside of each cell from the correct flight altitude. Again, harkening back to earlier installments of this series when we talked about the importance of spot size ratio and the fact that thermal cameras can’t reliably measure the energy from a single pixel due to lens and atmospheric impacts. This is similarly reflected in the IEC specifications resolution requirements. 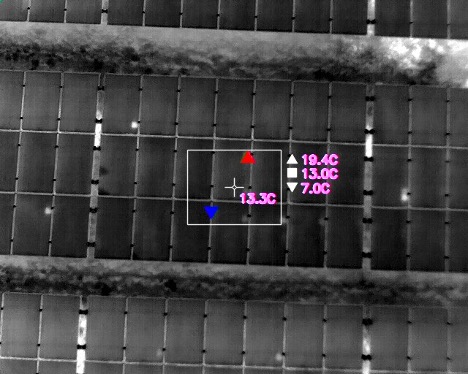 This last part is a particularly relevant point, as some have fallen into the trap of thinking there is an industry standard for solar cell emissivity. There isn’t. What’s more, emissivity is highly impacted by surface finish. Even a fine coat of dust on solar panels can materially change the emissivity enough to render any “standard” value meaningless.

Another thing that effects emissivity is the angle at which the target is viewed. This is especially important for drone pilots to consider because we must adjust for sun reflections. To limit the impact, do not significantly change viewing angle during a flight, and do not inspect the panels at less than a 30-degree angle relative to the panel as this will increase reflectivity.

The atmospheric conditions under which an inspection is completed is vital to the success of a mission. Not surprisingly, there are guidelines for this in 62446-3 as well.

The first thing to consider is the irradiance the panels are subject to. This is a measured value to be taken before starting an inspection to make sure the system is being exposed to enough solar radiation to expose small faults. The minimum irradiance called for is 600 Watts per meter squared. It is also recommended that the overall system be under at least 30 percent of its maximum rated load, though this would have to be verified with the operator in many cases, so irradiance is the most common value documented.

Wind is also an important factor. Too much wind will cause convective cooling of the panels, lessening the apparent severity of faults, or even disguising them altogether. The IEC specification calls for a maximum of 28 kph (17 mph) of wind at the panels. This can be measured with a properly calibrated anemometer.

Since solar irradiance is a key factor determining the success or failure of an inspection, it makes sense that cloud cover plays a roll, too. The IEC specification treats cloud cover in the aviation standards of okta, saying that clouds should obscure no more than 2/8 of the sky.

Using the IEC technical standard as a guide will allow operators to perform consistent inspections over a long period of time, providing customers with consistent data over the life of the program.