This application note describes the differences customers can expect when comparing the new Firefly S with the Blackfly S camera family.

Note: this application note does not go over the deep learning version of the Firefly camera, and all of the new features associated with that version.

What is the Firefly S?

The Firefly S is a highly compact, low-power consumption machine vision camera.  Lighter and smaller than any of our other machine vision cameras, it takes advantage of the Movidius Myriad2 hardware to achieve a form factor previously unheard of, all the while maintaining the core functionality of a machine vision, Genicam camera. 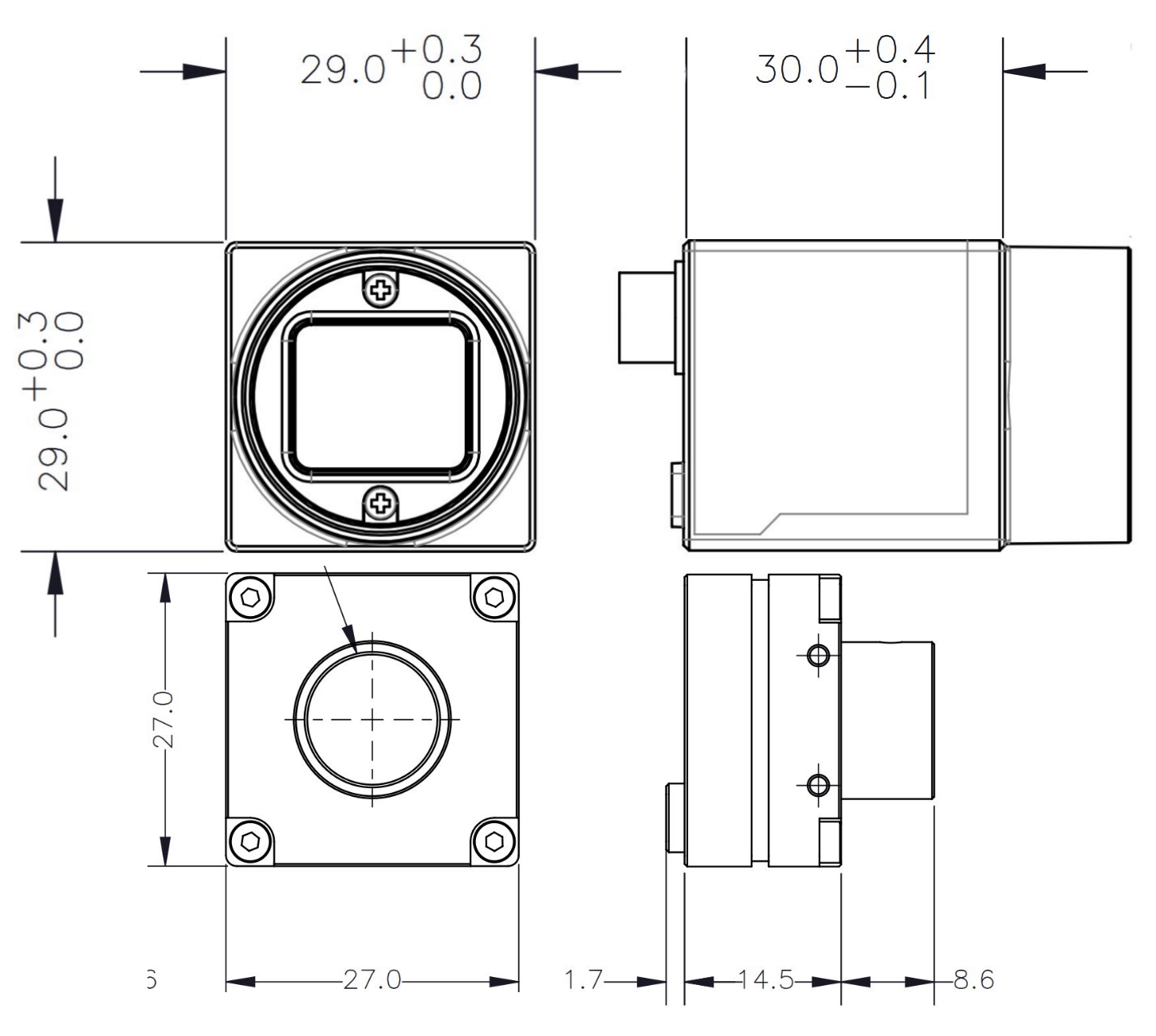 Similar to BFS, it can also be used on any third-party application that supports Genicam/USB3 Vision, such as Matrox, Halcon, NI Max/Labview, etc. 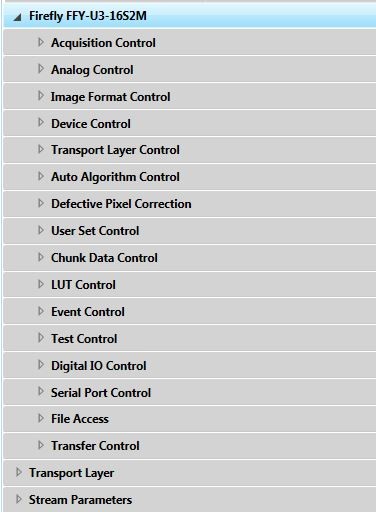 Figure 2
A screenshot of the features available on the FFY-U3-16S2M, taken in SpinView

Differences Between FFY and BFS

Due to the limitations of using a Movidius VPU versus a traditional FPGA, certain more advanced features are not available on the FFY camera family. A full list of the features/node entries not found on the FFY can be found below:

Beyond the difference in size and weight (the FFY weights 20 grams, while the BFS weights 36g), the FFY camera has different pin functionality when comparing to the cased BFS cameras, but is actually extremely similar to the board level BFS cameras (they share the same connector), with the only difference being that the FFY camera has dual-pin functionality for pins 1 and 2; pin 1 can do serial transmit (TXD), and pin 2 can do serial input (RXD).

It should be noted that when comparing  to the cased BFS cameras, the FFY does not have any opto-isolated input/output pins available; however, it does have four non-opto input/output pins, allowing for additional trigger/strobe outputs without needing an external power supply. 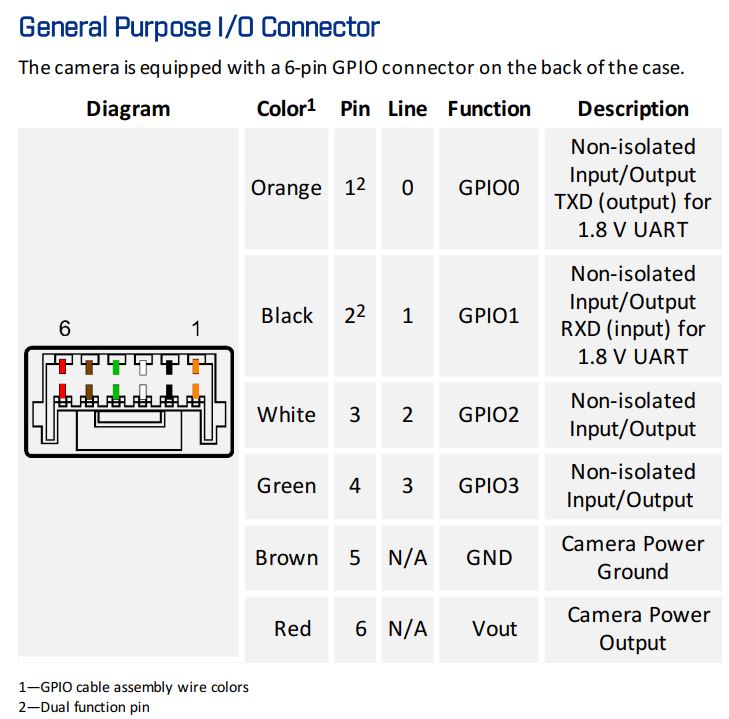