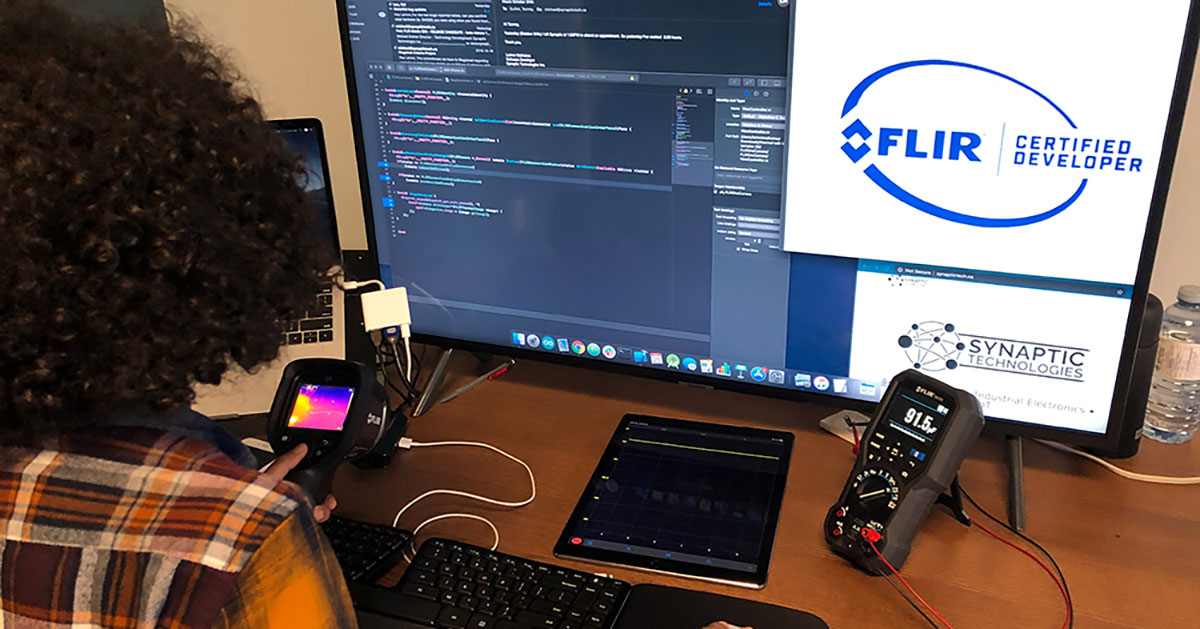 We’ve been working toward this for a while now and I’m excited to finally deliver the big news – on November 4th we’re releasing the production version of the new FLIR Mobile SDK!

Your mobile apps can now use the power of the Sixth Sense by FLIR by integrating thermal data, images, and video from FLIR professional thermal cameras and data from connected metering devices! The new FLIR Mobile Software Development Kit (SDK) is an easy to use, powerful, and flexible development platform that enables industrial and independent app developers to create powerful and creative apps. Go check out the FLIR Mobile SDK introduction video, become a FLIR app developer if you aren’t already registered, download the FLIR Mobile SDK, and then go create apps that revolutionize the way you see and interact with the world you work and play in! Be sure to watch the Mobile Developers’ Forum for news about more great features to be added in upcoming FLIR Mobile SDK maintenance releases.

What does this mean for the legacy FLIR ONE SDK and your existing FLIR ONE apps? While we do encourage you to use the new SDK for all new app development, we intend to support the legacy SDK for about another six months so in the short term this is a great opportunity for you to take advantage of the new SDK features by upgrading your existing apps to the FLIR Mobile SDK using the provided iOS and Android app migration guides. In the meantime we’ll support your development efforts with both SDKs at the FLIR Mobile Developer Site.

The Mobile Thermal app challenge by KreativDistrikt is a global call to industrial and independent app developers to compete for cool prizes by creating compelling new mobile apps that use the new FLIR Mobile SDK. Ten compelling ideas in five categories submitted between November 4th and December 5th, 2019 will be chosen to compete by creating their apps with support from KreativDistrikt and FLIR, and the winners will be announced on February 28th, 2020. Have a great idea for a new thermal app? Check out the Thermal App Challenge, then get in the game by submitting your idea today!