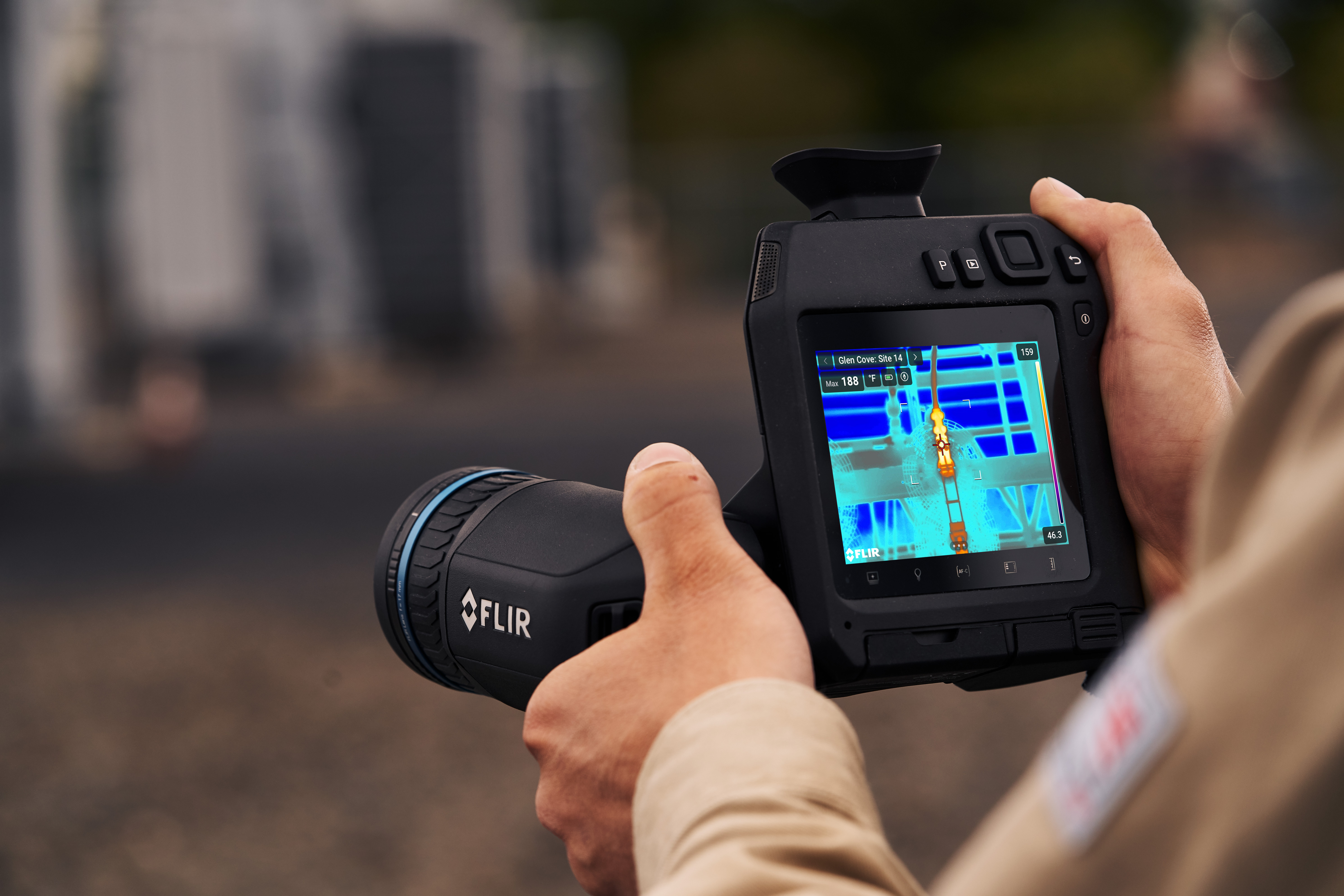 Thanks to FLIR Thermal Studio and the FLIR Route Creator plugin, generating reports from substation inspection rounds has become so much easier for South-African inspection company WearCheck. And with the possibility to define inspection rounds in advance, it’s practically impossible to overlook installations.

WearCheck is one of the leading condition monitoring specialists on the African continent, offering a vast range of reliability solutions and services across various industries. One of WearCheck’s fundamental goals is to save money and time for customers by improving the availability, reliability and efficiency of their machinery through regular maintenance and tailored condition monitoring programs. WearCheck has a network of 14 world-class laboratories across nine countries.

As part of its Reliability Services division, WearCheck uses a wide range of techniques, including scientific vibration analysis, ultrasonic detection, structural resonance and thermography. The company relies on thermal imaging to conduct maintenance inspections of electrical utility plants and substations for its customers. Regular temperature monitoring with thermal imaging cameras allows WearCheck to detect and diagnose impending failures before they occur. Using a thermal camera, WearCheck inspectors can easily scan for temperature differences and hot spots to locate the problem area and diagnose the issue. 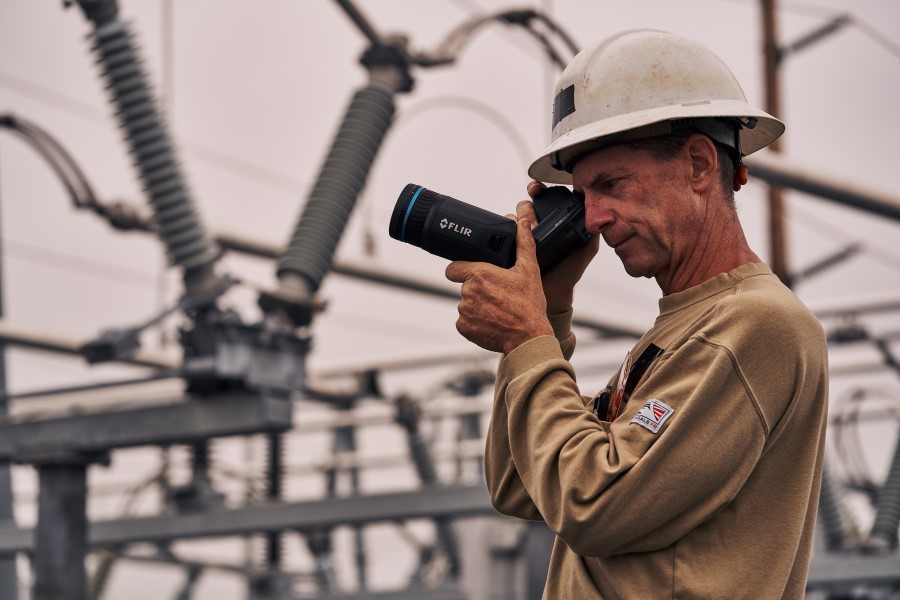 WearCheck has multiple portable FLIR T-Series cameras at its disposal to perform condition monitoring jobs. The ergonomic cameras help the team to conduct long shifts of inspection rounds and diagnose hard-to-reach components in any environment. But when the inspection rounds are completed, the work is not done. The output of the inspection, including the thermal images, comments, and annotations on possible defects, all needs to be processed and presented in reports that are useful for WearCheck’s customers.

The creation of reports was something that typically took the team many hours of work, but with the addition of the FLIR Thermal Studio Pro software, WearCheck inspectors can complete reports in about half the time it used to take. FLIR Thermal Studio Suite is Teledyne FLIR’s analysis and reporting software designed to help thermographers manage and process thousands of thermal images and videos. The feature that WearCheck values the most though is the FLIR Route Creator plugin for Thermal Studio. This plugin allows the team to build inspection paths for every location survey that can be printed or downloaded and run from a FLIR thermal camera that has the Inspection Route feature activated.

“Thanks to the FLIR Route Creator plugin, we can upload camera images, data, and inspection notes directly into our report templates in just a few clicks,” says Deon Gaarkeuken, Predictive Maintenance Supervisor at WearCheck. “Generating reports usually takes a lot of manual work, but with FLIR Route Creator, we easily cut our reporting time in half.”

Gaarkeuken, who has used other software packages before, says FLIR Thermal Studio and FLIR Route Creator are much more user-friendly, which makes reporting much easier and less time-consuming. “Especially for someone like me, who is not eager to use Microsoft Word in addition to another reporting software, FLIR Thermal Studio is a lifesaver,” Gaarkeuken continues. “The software allows you to use easy drop-down menus, preset elements and blocks that you can drag and drop in your report, and that automatically get filled up with the data from your thermal imaging camera. It’s fast and easy!” 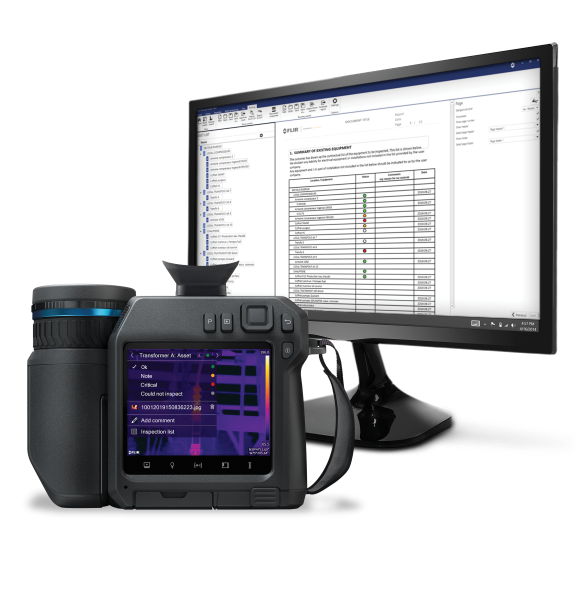 THOROUGH INSPECTIONS OF ALL COMPONENTS

By building inspection paths for every location in advance, it’s very hard to miss or overlook a component or substation on your inspection round. “Missing a component during your inspection round can be very costly, because that would mean that you need to send a team member over to the customer again for a revision. And then I haven’t even mentioned the unprofessional impression you are giving to your customer,” says Gaarkeuken. “Thanks to FLIR Route Creator, we know exactly which substations we need to check, without overlooking a single one.”

FLIR Thermal Studio are FLIR Route Creator are designed to process large amounts of files. Not a luxury, when you realize that one day of inspections may already generate thousands of images. “To be sure we have covered everything in our inspection, we typically take pictures of the name plates, the entire substation, and the possible defect for every installation,” says Gaarkeuken. “This way, you generate a lot of files. This is no problem for Thermal Studio.”

Even if there are no clear defects, the WearCheck team still likes to take pictures of the installation. With FLIR Thermal Studio, inspectors can be confident that this great number of files is handled reliably. And if the team wants, they can choose to only include those installations that have been tagged as ‘defect’ into their reports. 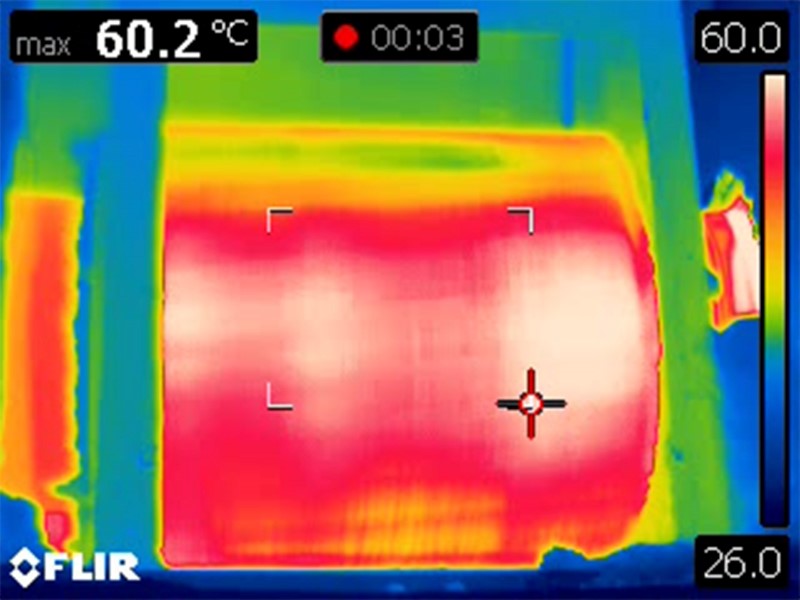 For WearCheck, it’s not only about what you are presenting, it’s also about how you present it. The look and feel of a report is an important calling card for the company. “We can define the color palette, the emissivity and distance settings, and much more in advance, completely in line with how the customer likes to see it,” Gaarkeuken says. “FLIR Thermal Studio and FLIR Route Creator allow our team to deliver inspection reports our customers love to look at.”