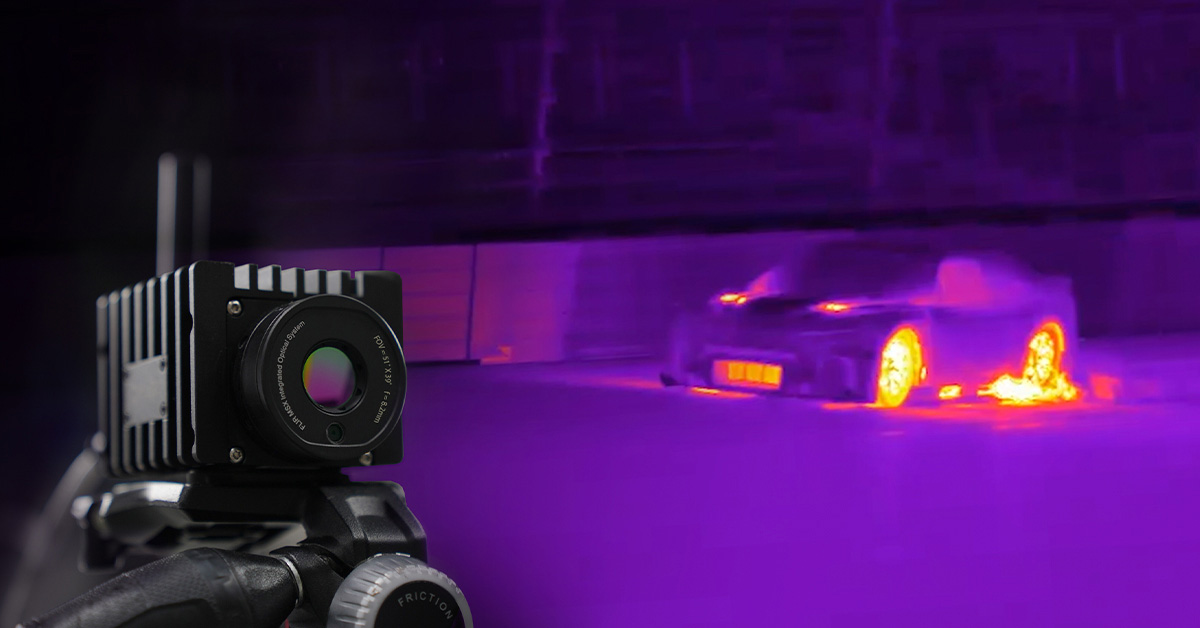 When 500 miles of concrete and asphalt lie between a driver and the checkered flag, consistently executing small details is the only way to reach victory lane. Behind each NASCAR vehicle is a small army of team members determined to make sure race day goes smoothly, no small feat when each race pushes cars to the brink. When excessive heat issues in a redesigned cockpit threatened driver comfort and focus, the engineering team reached out to Teledyne FLIR to help identify the source of the problem.

We’re talking about an environment that the driver has to not only sit in but perform in.

The NASCAR Next-Gen project marks a new era for the highest level of stock car racing. Beginning with a clean sheet of paper, Brandon Thomas and a team of engineers set out to deliver the seventh-generation racecar that will see competition in 2022. Beyond the many performance upgrades, this new design will help reduce the significant operating cost of racing. The Next-Gen car offers a new level of modularity, allowing teams to replace smaller components rather than entire segments of the vehicle.

As to be expected during a complete redesign, early testing of the vehicle revealed opportunities for improvement. Several drivers reported excessive heat in the foot box during longer track runs. When cockpit temperatures already climb to 130°F on race day, the mention of heat-related discomfort beyond the norm was cause for concern. The primary source of this heat increase wasn’t immediately apparent, prompting NASCAR to invite Teledyne FLIR to an upcoming test in Richmond, VA with the goal of pinpointing the issue. 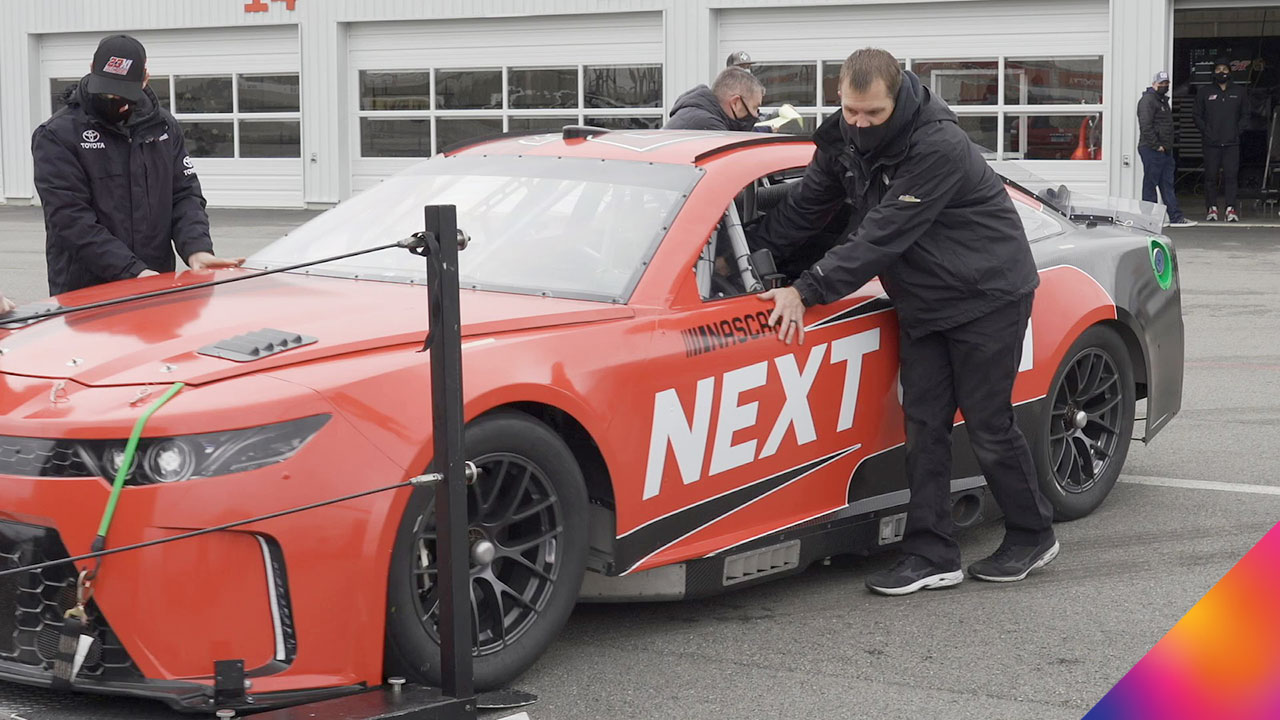 FLIR mounted two A50 thermal cameras in the car—one just above the foot box aimed at the driver’s feet, another onto the roll cage for a wide-angle view. Designed for fixed-mount condition monitoring, the A50 cameras visualize temperature changes to detect malfunctioning or overheating equipment. This allowed NASCAR to monitor temperature fluctuations and identify the hottest areas of the car during longer, 50-mile test runs.

True to the spirit of racing, adjustments between test runs needed to happen quickly. Poor weather conditions forced the team to cut their track time and make speedy vehicle adjustments, often within just 5-10 minutes. The flexibility of the A50 cameras allowed team members to quickly download and review thermal video from the previous run and make real-time alterations to cockpit airflow and insulation.

I would say the process was clearly a success. This will dramatically affect the interior.

Prior to testing, initial theories of the heat issue pointed to the new twin-exhaust system. With hot gasses flowing beneath the driver and escaping to the right and left of the vehicle, all eyes were on the A50 mounted above the foot box. But it was the secondary wide-angle thermal camera that delivered a solution. Longer runs revealed excessive heat permeating the insulation of the car’s firewall. Crew members worked quickly to install additional heat shields to problem areas and were quickly encouraged by following runs. Imagery from the A50 helped confirm that the changes were improving cockpit conditions.

A long day at the Richmond Raceway was rewarded with answers. Armed with a better understanding of the issue, NASCAR engineers can step back from diagnostics and focus on a permanent solution. There’s still work ahead, but the Next-Gen team is one step closer to watching years of hard work culminate as 40 cars roar to life at Daytona in 2022.