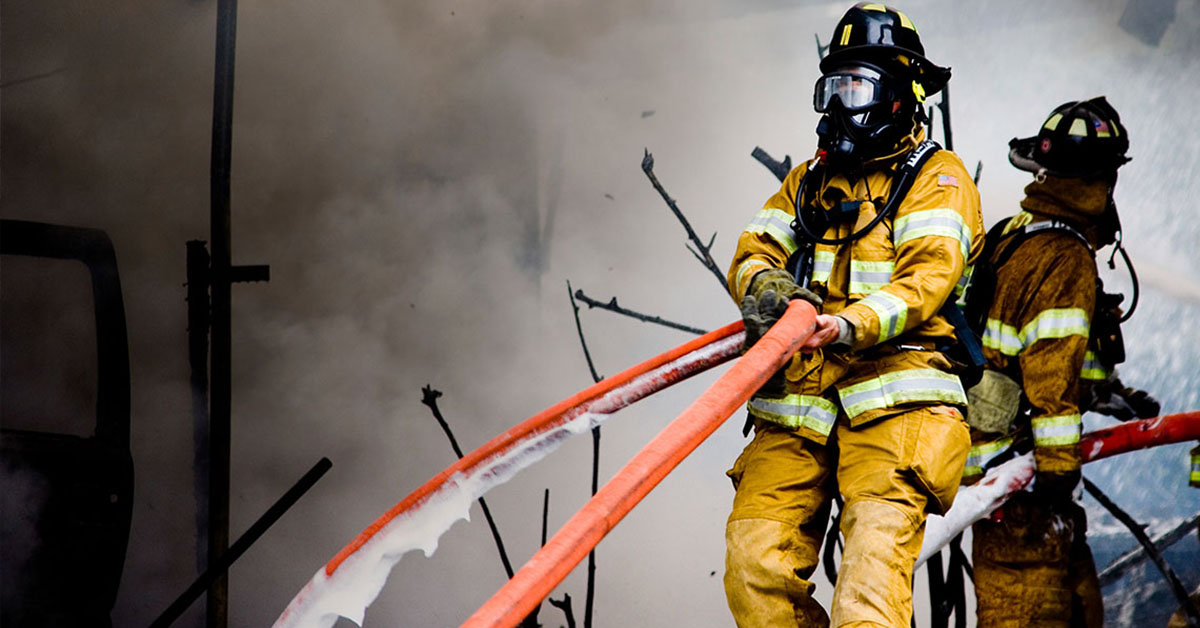 Firefighters count on having reliable tools at their fingertips to perform lifesaving tasks. One of these essential pieces of equipment is a thermal imaging camera (TIC) that can help them make their way through dark, murky conditions and find stranded victims under very stressful circumstances. A TIC senses the heat emitted from the environment and transforms what it detects into amazing thermal images that let you see through smoke, visualize temperature differences, and reveal hidden hot spots. However, in cases where the scene temperatures differences are less obvious, it can be a challenge for some TICs to provide the clarity firefighters need to quickly identify structural details in their path. That’s where FLIR’s Flexible Scene Enhancement (FSX) technology comes in.

The new Flexible Scene Enhancement (FSX™) technology, which is featured on the FLIR K55 camera, provides enhanced image detail in the thermal video image. Firefighters can use the K55 to see ultrasharp thermal images with the smallest of details.

What is Flexible Scene Enhancement (FSX)?

While thermal imagers in general are a valuable asset for firefighters, a TIC with FSX, such as FLIR’s K45, K55 and K65 cameras ,provides a new, higher level of thermal image enhancement. The powerful image processing algorithms behind the FSX technology help firefighters see low-contrast targets even in scenes with wide temperature ranges. The result is an ultra-sharp, finer textured image that shows subtler details, allowing the firefighter to recognize objects, pathways, and others more easily, which, in turn, helps expedite better decisions when seconds count.

FSX is an advanced non-linear image processing algorithm that preserves detail in this high dynamic range imagery. It extracts image details, like edges and corners and other fine points, from the original image, enhances them, then re-integrates them with the original image to create pictures that are easier for the user to see, even in the brutal extremes that firefighters encounter every day.

Firefighters have been using TICs for years without FSX, so why bother doing this now? The simple answer is speed. Things happen fast in an active fire, and firefighters don’t have time to fiddle with their TIC’s settings to get the image details they need to fight the blaze most effectively, save victims fast, and protect the other members of their team.

Unlike many other image enhancement methods, FSX is extremely adaptable to changing conditions. This means that an FSX-equipped camera will produce near-perfect thermal video under virtually every condition, which allows firefighters to concentrate on the image and not on the controls.

Entering a burning building or approaching an industrial fire is a dangerous job so it goes without saying that firefighters need to heavily rely on their team and gear. If you’ve used TICs before, you know how exceptional a tool they can be for helping firefighters protect the lives of others as well as their own. Being able to see through smoke helps vastly improve situational awareness, helping firefighters stay oriented within a structure and where they are in relation to others on the team. Since they are able to measure and visualize temperatures from a safer distance, they also help firefighters keep an extra eye on hot gases that may be building up to rollover and flashover conditions. This provides the advance warning they need to cool down the situation. Thermal imaging is also a vital tool for helping find those who are trapped or unconscious in a fire. TICs are also extremely valuable during the overhaul phase, for fighting wildfires, and for search and rescue (SAR).

With the extra advantage of FLIR FSX enhancement, thermal imaging technology has now reached a higher level of clarity, effectiveness and efficiency.

Only the FLIR K45, K55, and NFPA 1801:2018-compliant K65 come with Flexible Scene Enhancement. These high-performance cameras also feature five imaging modes you can switch between using an easy access button that your gloved thumb can easily find, even when you’re in the thick of it. All three models also let you save up to 200 thermal images for reviewing later. And the K55 and K65 take it a big step further, allowing you to store up to 200 video clips (5 minutes each) so you can capture the scene in action – valuable for feedback and training purposes.