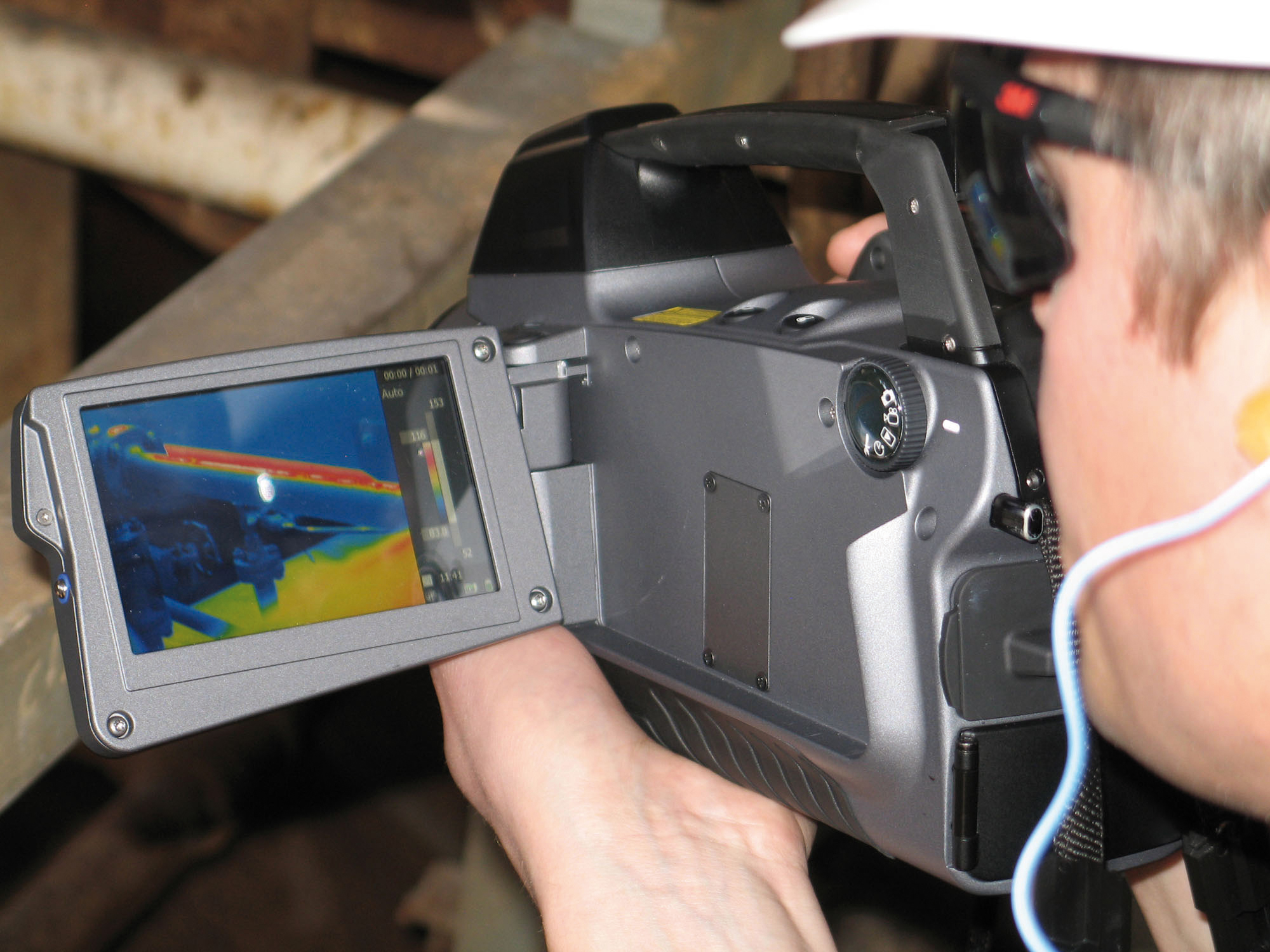 FLIR optical gas imaging cameras allow smaller Volatile Organic Compound (VOC) leaks to be detected from a safe, non-hazardous area. The most important criteria to achieve this are the camera’s detector and sensitivity.

Optical Gas Imaging (OGI) cameras have been used for several years in the oil & gas, petrochemical and related industries. Many chemical compounds and gases are invisible to the naked eye. Yet many companies work intensively with these substances in their production processes. Detecting leaks of volatile, gaseous compounds can be dangerous, which immediately explains the success of optical gas imaging cameras. As they are operating in potentially hazardous areas, safety is of vital importance for maintenance engineers. With gas detection cameras, they can make use of a quick, non-contact measuring instrument that can detect small leaks from several meters away and big leaks from hundreds of meters away. More specifically, they can view a leak that is in a restricted hazardous zone from a zone which is safe, or has very little or no hazardous classification. 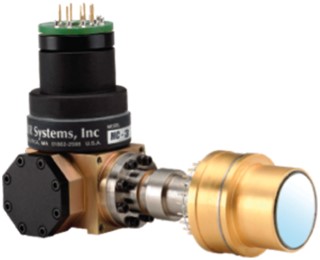 An InsB detector visualizes gases in the 3.2–3.4 μm waveband. It will not only make gases, but also the smallest of temperature differences, clearly visible.

Governments around the world are embracing the use of OGI cameras and have been adopting them in dedicated regulations. In the US, the Environmental Protection Agency (EPA) adopted the use of optical imaging cameras in its Subpart W regulation in January 2011. In Europe, the technology is included in the final draft of the Best Available Technique Reference (BREF) document for the oil and gas refining sector, as part of the new directive on industrial emissions 2010/75/EU (IED). The basis of these regulation recommendations has been provided by end user operators and service provider companies using OGI cameras, more particularly the FLIR GasFindIR and most recently the FLIR GF320 camera.

Viewing leaks from a safe distance requires dedicated technology. Two main criteria are important when it comes to selecting an OGI camera for this type of application. First, the detector performance and tuning possibilities need to be considered. Second, the camera needs to have the appropriate sensitivity and the related sensitivity enhancement features. The following discussion serves to illustrate how both criteria can be met with the FLIR GF320 camera. 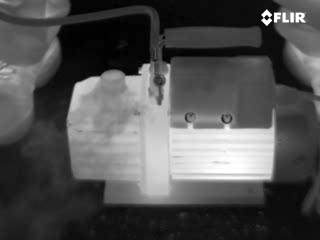 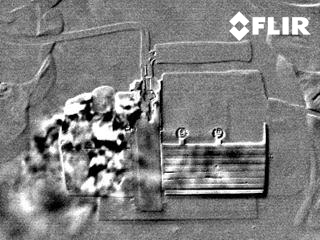 Indium antimonide (InSb) detectors are photovoltaic and generate current when exposed to infrared radiation. This highly sensitive detector is used in the FLIR GF320 camera and visualizes gases in the 3.2 - 3.4 micrometer waveband. It will not only make gases, but also the smallest of temperature differences, clearly visible. The FLIR developed InSb detector is more widely used than any other cryo-cooled detector in the industry. 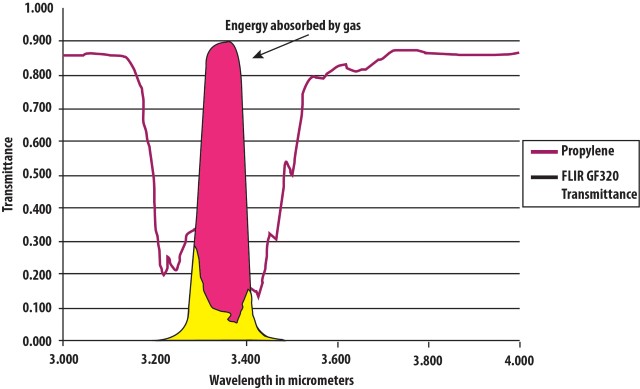 A cold filter will restrict the camera to operating only in a wavelength where the VOC has a very high absorption spike and will thus enhance the visibility of the gas.

Detectors used in gas detection cameras are quantum detectors that require to be cooled to very low temperatures. The spectral tuning or cold filtering technique is critical to the optical gas imaging camera. Cold filtering significantly improves the detectivity by eliminating background radiation in unwanted wavelength regions. For many gases, the ability to absorb infrared radiation depends on the wavelength of the radiation. A cold filter will restrict the camera to operating only in a wavelength where the VOC has a very high absorption spike and will thus enhance the visibility of the gas.

The FLIR GF320 can apply an optimized integration time especially at room temperature and below. Therefore, it can visualize much smaller details and detect lower concentrations of gas compared to using the same detector with a warm filter. It also gives a much more stable radiometry with better accuracy. Radiometry or thermography (non-contact temperature measurement using an IR camera) is also critical to the OGI technique, as this will help the user to determine the background radiation temperature by which the VOC gas is absorbing.

The FLIR GF-Series has a proven technology called High Sensitivity Mode (HSM) that has been the cornerstone of detecting the smallest of leaks. This is a function in the camera that allows detecting gases even without the use of a tri-pod and dramatically enhances the sensitivity. As a result, the user can see smaller leaks from a greater distance, compared to ‘normal’ infrared mode.

HSM is an image subtraction video processing technique that effectively enhances the thermal sensitivity of the camera. A percentage of individual pixels from frames in the video stream is subtracted from the subsequent frames, thus enhancing the differences between the frames. This effectively makes the camera more sensitive, so leaks stand out more clearly in the video footage. Thanks to HSM, the camera can be moved while in use. Using HSM gives the user control over the amount of compensation applied to the video stream and therefore the degree of increase in thermal sensitivity.

Setting the appropriate temperature span and level (mid-point) is essential to obtaining the required optical gas imaging results. A wide span will provide less image detail; a narrow, more fine-tuned span will offer more detail. As the FLIR GF320 is a calibrated radiometric camera, it has these most fundamental of functions. In fact, HSM mode enables users to search for gas without having to set the level of the image before narrowing the span. Since setting the level to the background temperature is a complicated process and not possible for more than one background at a time, HSM will allow maintenance engineers or operators to save a lot of time and make it much easier and faster for them to search for small leaks. This is done in real time and therefore greatly enhances the stability and the sensitivity of the FLIR GF320.

Two features of the FLIR GF320 camera make it ideal for detecting smaller VOC leaks at a greater and safer distance. First of all, thanks to the InSb cooled and cold filtered detector, the FLIR GF320 is the most sensitive passive OGI camera available on the market today. The sensitivity and performance of the FLIR GF320 allows users to visualise and see leaks within a hazardous zone from a safe zone. As such, they can determine whether there is any risk before entering the hazardous zone for closer component inspection.

Second, FLIR’s GF-Series has HSM, which means that the user has full control over the amount of compensation applied to the video stream and therefore the degree of increase in thermal sensitivity.