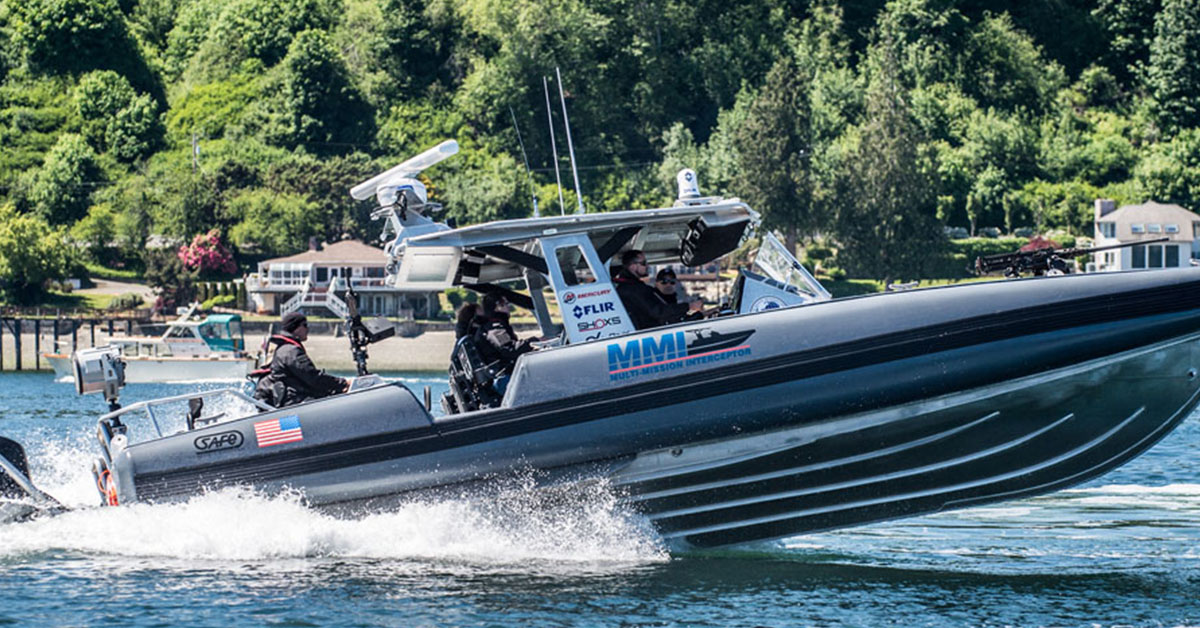 Missions for public safety boats are expanding at a terrific rate beyond their traditional roles in enforcing the law and keeping the peace. With increased responsibility and shrinking budgets, maritime first responders find themselves involved in missions as diverse as law enforcement, search and rescue, SCUBA operations, conducting harbor safety patrols, helping out disabled boaters, lending a hand with homeland missions (e.g., port security), and even responding to HAZMAT emergencies. Day and night, in good weather and bad, maritime public safety vessels such as police boats, fireboats, harbor patrol vessels, and game and fish vessels can utilize the broad range of features provided by thermal imaging cameras to achieve critical mission success.

Limitations of the Human Eye and Visible-Light Cameras

Our eyes see reflected light. Daylight cameras, night-vision devices, and the human eye all work on the same basic principle: Light energy hits something and bounces off it. A detector then receives it and turns it into an image. The ability of a given detector to create that image is directly related to the amount of light available. At night, in fog, or in smoke, we are limited to the light provided by starlight, moonlight and artificial lights. If there isn’t enough, it’s hard to see.

Night vision goggles (NVGs) make those greenish pictures we see in the movies and on TV. NVGs take in the small amount of visible light available, magnify it, and project that image onto a display. Unfortunately, NVGs have severe range limitations in low-light situations. Image contrast is also critical in producing a useable image. If a target has lots of contrast compared to its surroundings, you’ll have a better chance of seeing it with a visible-light camera. If it doesn’t, you won’t see it. That’s how camouflage works.

No Light Needed: Thermal Imaging to the Rescue

Thermal imaging cameras do not suffer from any of these drawbacks because they see heat or thermal energy. Everything emits thermal energy – even ice cubes – night and day, in good weather and bad. By sensing this thermal energy and displaying it as black and white video, thermal imagers allow you to see things from farther away and with greater contrast than conventional visible-light cameras and night-vision technologies.

Thermal imagers don’t require external lighting, can’t be fooled by camouflage, and can see man-sized targets from farther away than comparable TV cameras. An added bonus to using thermal imaging is that the heat signatures of people, boats, marinas, docks, pilings and all the other things seen by maritime thermal cameras generally have better contrast at night than during the day. As long as there is the tiniest bit of temperature contrast between an object and its background, you can see it.

Radar is a vital tool for today’s first responder departments. However, a radar display requires trained interpretation and visualization skills. Thermal imaging, on the other hand, gives an immediate, easily interpreted image of the scene in real time, instantly giving you the information you need to decide on an appropriate course of action. Despite their utility, radar systems can also fail to detect structures, vessels, and floating debris. Thermal imagers can be used to verify radar returns, seeing things that radar might miss, and showing you things that a chart plotter can’t.

In order to maximize their considerable investment in a vessel, first responder agencies want to see that vessel working twenty-four hours a day, seven days a week. Unfortunately, after sunset, or in foul weather, in smoke or fog, her capabilities and mission effectiveness can be severely compromized. At the fraction of the cost of a new vessel, simply by adding a FLIR thermal imager, total on-mission hours and overall effectiveness are radically improved, saving lives and keeping waterways safe in all types of difficult scenarios without endangering either the vessel or her crew.

When operating close to shore at night or in adverse environments, a thermal imager can give the crew important awareness of their surroundings so they can navigate confidently and safely. Uninterrupted, quality information is the key to good outcomes in critical situations: knowing how close the shoreline is, the distance from pilings, docks, floating debris, or boats riding at anchor, the ability to monitor the movements of fellow officers and/or offenders on land—nothing beats being able to “see” what’s going on at all times.

Thermal imagers from FLIR are used all over the world in the maritime search and rescue role. In a man-overboard scenario, the head of a person floating in the water is often the only part of him that is visible. Visible as a white or red ball against a black or dark gray background on the video display, the human head shows up clearly because its thermal heat is greater than that of the water. This is as true at night as it is during the day, creating a true 24-hour response capability.

Managing a rescue at sea is a complex undertaking. On-scene commanders can use thermal imaging to keep accurate track of victims and rescue personnel in the water. This improved situational awareness increases the safety of all involved. Thermal imagers also allow maritime personnel to see what is happening on land without the need of extra lighting, enabling the support of land-based officers while maintaining effective cordon and perimeter actions in and around a crime scene or search area. This allows the maritime and shore-bound teams to work together effectively and safely, as boat crews communicate possible safety issues to units in and around the search area.

FLIR Systems is the largest commercial infrared company in the world. We have more people and more assets dedicated to helping law enforcement and public safety professionals do their job better and safer than anyone else. 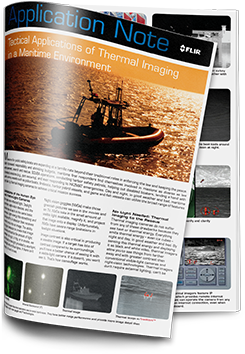 Tactical Applications of Thermal Imaging in a Maritime Environment