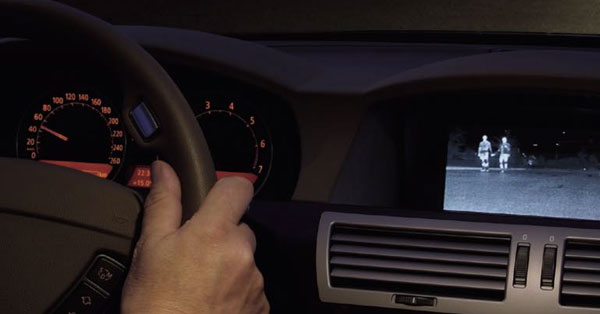 Bayerische Motoren Werke, worldwide known as BMW, is one of the most prestigious car brands in the world. It stands for luxury, high-quality, safe and environmental friendly cars, all equipped with the latest technology.

Safety is an issue which is taken very seriously within the BMW Group. New technologies are introduced to avoid accidents and to reduce the number of injuries in case an accident should occur.

Nocturnal driving: twice the risk of an accident as compared to driving during the day.

Accident statistics throughout Europe as a whole also justify intensive consideration of the issue of nocturnal driving. According to estimates, approx. 560,000 people are injured in the dark in Europe and some 23,000 are killed.

For years, BMW has developed innovative technologies which provide relief for drivers at night and thus at the same time improve general road safety. Innovations include Xenon lights, which provides significantly increased brilliance and range, "Adaptive Headlights", whose horizontally swiveling headlamps ensure considerably improved illumination of the road ahead and "High Beam Assistant" which turns the headlights automatically on and off, are just a few innovations that can be installed in BMW models and help drivers during night time driving.

"The first aim of the BMW Night Vision systems is to detect living objects, such as pedestrians and animals, which are not illuminated in total darkness.", explains Mr. Russ. "With a thermal imaging camera, people can be detected at a range of about 300m. This is much further than with headlights. Early detection of people means less deadly accidents. But also the early detection of animals, especially in North European countries, is saving the lives of drivers. Hitting e.g. a moose can result in heavy injuries. 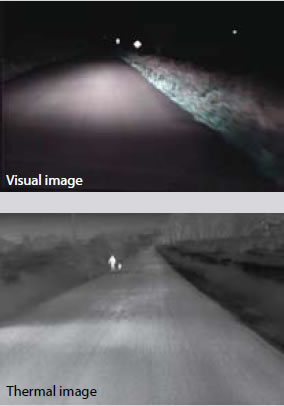 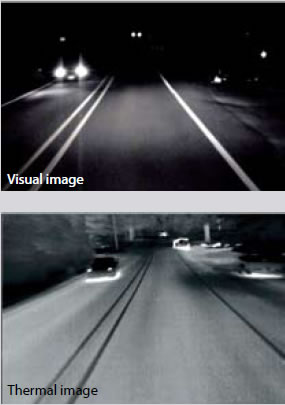 Another recent innovation to help drivers see better at night and in the most diverse weather conditions, is the "BMW Night Vision" system. The core of this system is a FLIR Systems thermal imaging camera. BMW is the first European premium car manufacturer that started to implement this technology in its cars.