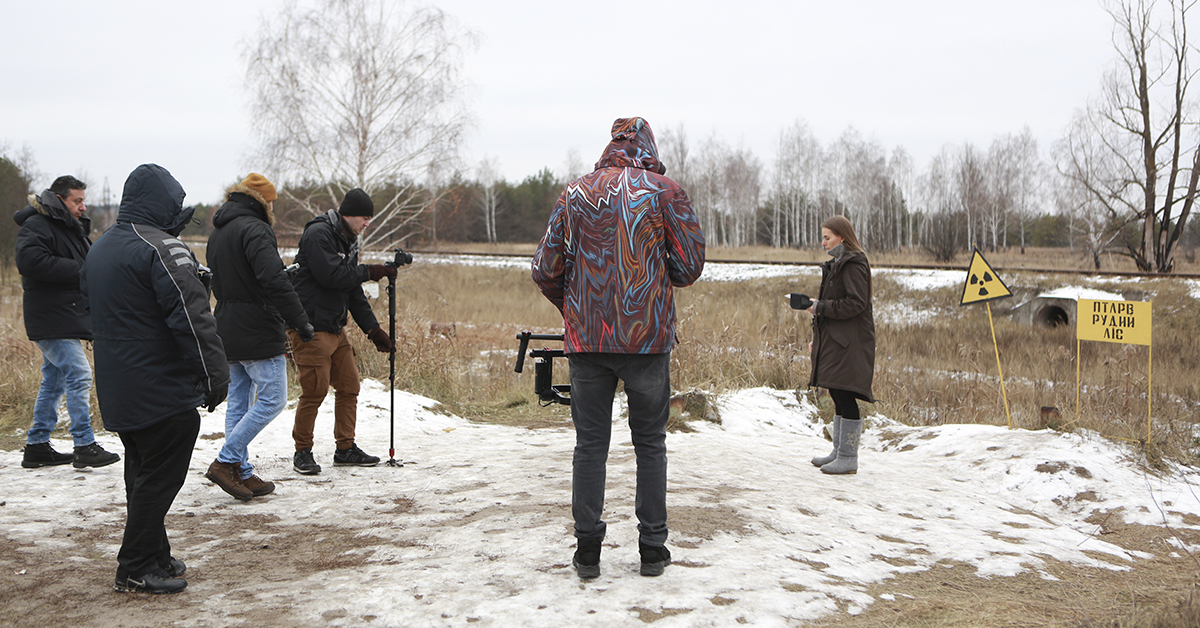 Last May in a revealing YouTube documentary, FLIR took viewers inside the exclusion zone of Chernobyl, site of one of the worst nuclear disasters in history. On April 26, 1986, an explosion in the No. 4 nuclear reactor of the Ukraine power plant caused deadly fires and released radioactive material as far as Western Europe. FLIR visited Chernobyl to find out how much radiation remains at the site today, using a FLIR identiFINDER R440 and identiFINDER R300 to measure radiation levels and identify radionuclides.

Check out the original video below, and read more for exclusive behind-the-scenes details about creating the documentary and what it was like to film inside Chernobyl. 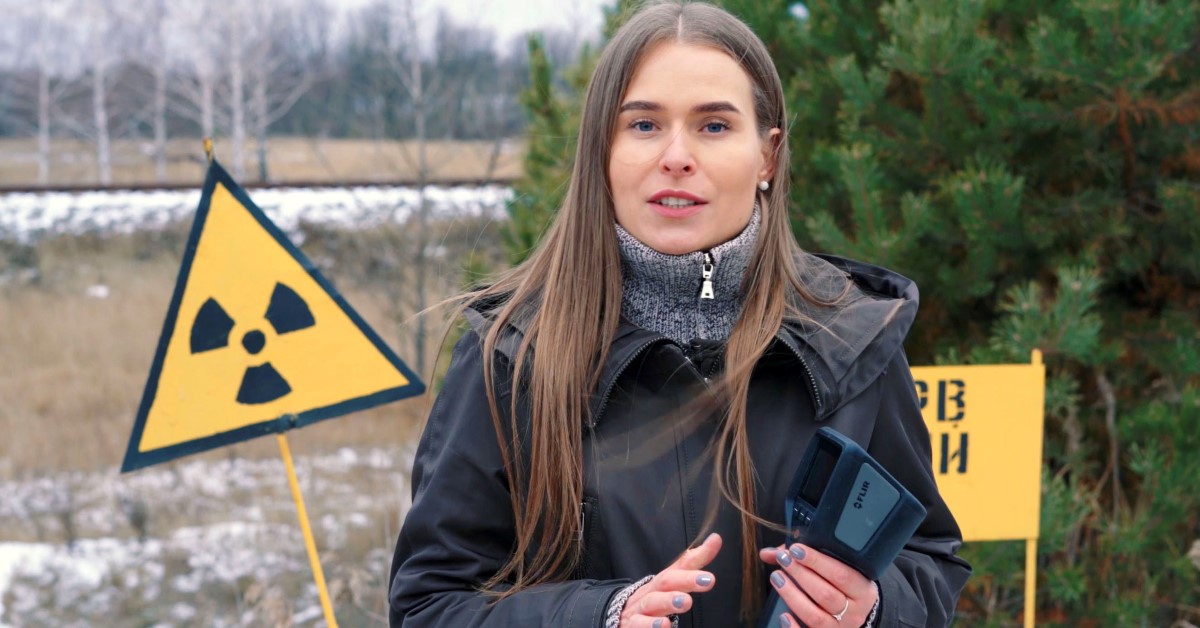 The documentary team scouted the location in mid-October 2018. The Chernobyl Exclusion Zone (CEZ) is about 3 hours north of Kiev, and the roads are in poor condition, making for a bumpy ride. Entry to the CEZ requires special permissions and a licensed guide. 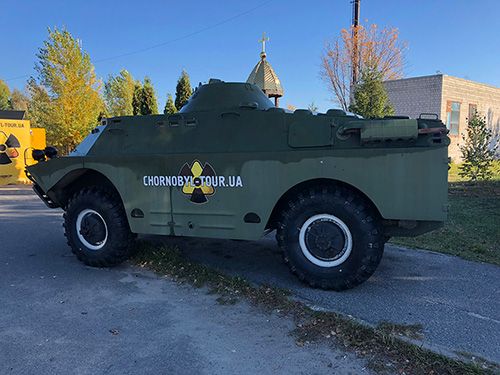 During the scouting visit, the team investigated all the locations later seen in the documentary, including the abandoned amusement park... 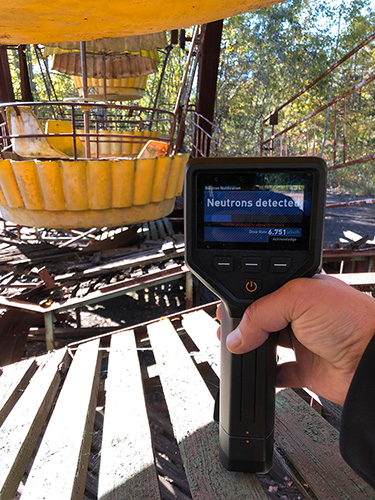 ... and the grappler used to pick up pieces of reactor No. 4 after the explosion. 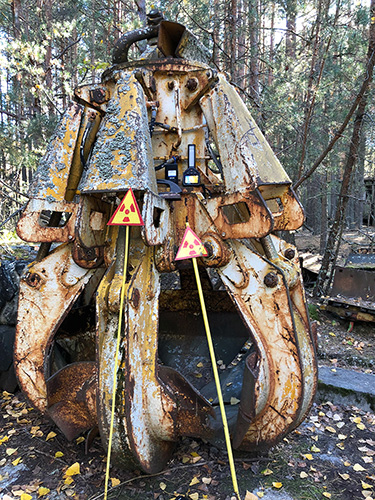 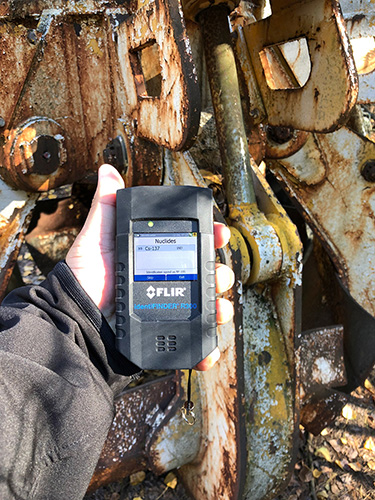 The team also checked out a number of locations that did not make it into the final documentary, including many sites in Pripyat, a city close to the power plant which was evacuated the day after the explosion. Pripyat is now a ghost town, and entry is forbidden to most buildings due to structural instability.

The team was however able to visit the only hotel in Pripyat, the outside of which is shown briefly in the documentary. While scouting, the team climbed all the way to the top of the hotel, finding bullet shells on the top floor with high levels of radioactivity. They describe the eerie scene as a “great location for a horror movie.” 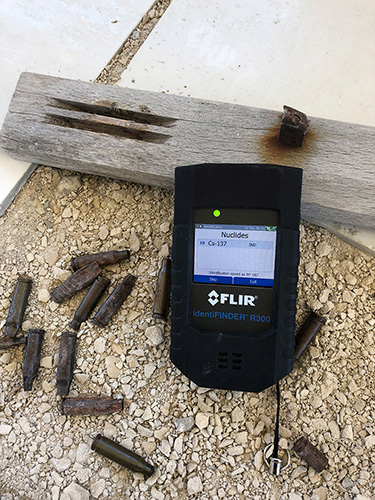 The hospital in Pripyat is the most radioactive building in the city, containing the clothes and accessories of the firefighters who responded to the disaster buried in the basement. Visiting would have required some serious guts and serious decontamination, and it was decided not to include as a location in the shoot. To see footage of the hospital in Pripyat and learn more about radiation, check out YouTuber Vertasium’s video The Most Radioactive Places on Earth.

The CEZ is largely deserted of people, but life continues there despite the radiation. 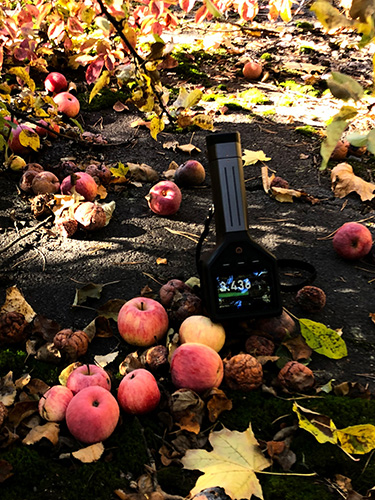 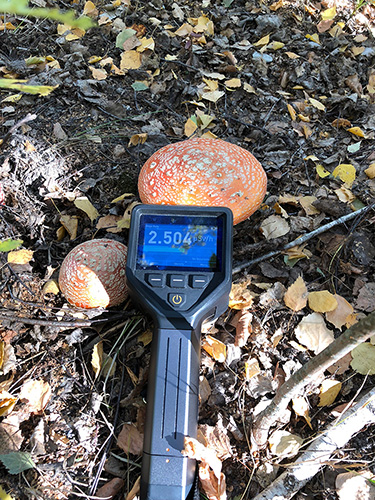 Nature is slowly taking back the abandoned buildings, and the zone is thriving with a number of animal species. Radioactive wild boars from the area have been reported as far afield as Germany, and other large mammals such as wolves and horses are regularly sighted in the area. The FLIR team saw the famous sandwich-making fox of Chernobyl while in the CEZ (or a very similar critter), as well as the population of catfish living in Chernobyl’s cooling pond. The fish seemed uninterested in the bread they brought, perhaps overfed by the tourists who visit Chernobyl every year.

A couple of friendly dogs followed the team around while they were there, fearlessly walking with them across a bridge with numerous signs warning against swimming in the stream below.

Shooting was spread across three days, the first day spent covering all the technical interviews. Day two of the shoot was spent in the CEZ, beginning at a reasonable hour of 4:30AM. An expert assigned to the team was with them the whole time, ensuring their safety and carefully monitoring everyone’s radiation exposure during the visit.

The documentary host also carried an identiFINDER R100 during their visit, which recorded the dose received during the entire trip: 3.99 microsieverts, about the same amount of radiation received during a 1-hour flight at 30,000 ft.

The film crew went through 40 body warmers and 30 hand and toe warmers trying to stay warm during the shoot. The documentary host (Ukranian TV host Nika Konstantinova, who once shared the stage with Arnold Schwarzenegger) wore only one jacket and didn’t cover her head during shooting—a brave move considering the cold weather. 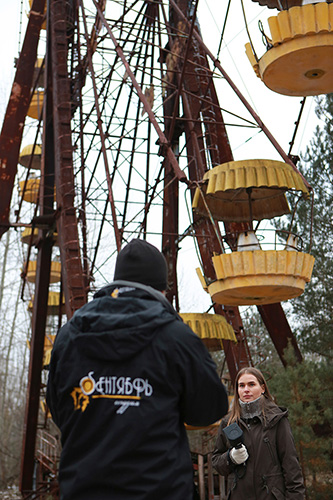 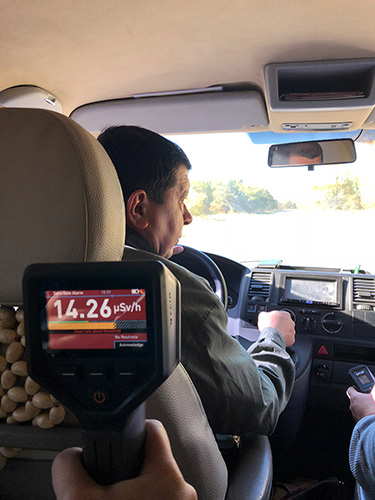 The Chernobyl Exclusion Zone is by all accounts an unnerving place to visit, filled with abandoned buildings and frequent warning signs reminding visitors of the dangerous radiation still lingering. The CEZ is estimated to be uninhabitable for the next 20,000 years, but will undoubtedly remain a fascinating place to visit, and a somber reminder of the deadly disaster that once occurred here.