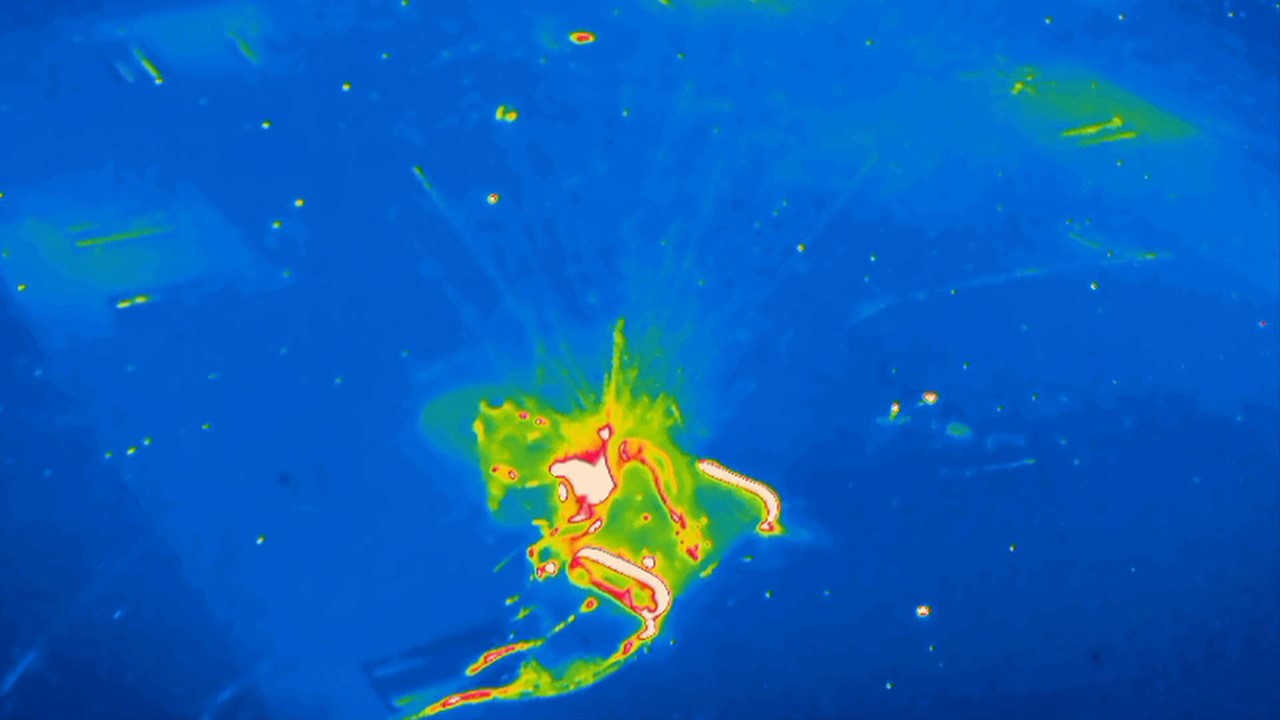 In 1999 in Long Beach, California, a team of robot builders began running competitions to find out who could build the fiercest creation and destroy each other’s builds in what would be known as BattleBots. After many sparks and torn scrap metal, the show will be entering its twelfth season on Discovery Channel in January of 2023. But this season, it features a new way to view the action: the BattleBots audience will see robot competitors duke it out in thermal, thanks to FLIR T1020 and FLIR C5 cameras provided by Teledyne FLIR.

Mounted above the BattleBots Arena, the FLIR T1020 captured hours of HD thermal video of this cutthroat competition. The show has always been a spectacle of buzzsaws and robots being flung into the air, but now viewers will have more thermal information on how the competitors are performing. As BattleBots creator, Edward “Trey” Roski, explains, “The audience that’s watching can look at this and say, ‘oh, you can see how much better those wheels are in that robot.’”

For example, the tire grip on the robots creates enough friction on the arena floor for thermal imaging cameras to pick up the heat trails they leave behind—information that can be used to compare traction. The cameras can also point out parts of the robots that begin to heat up due to wear and provide a visual comparison for how the different robots are performing.

Thermal imaging cameras weren’t just the audience, though: they also helped ensure safety behind the scenes as well. One of Roski’s duties is powering the robots on and off before and after the fights—a role that can be dangerous depending on the situation. Not only do the numerous weapons on the robots call for protective measures, but they’re also powered by lithium batteries which can be at risk of combusting if damaged.

If damaged batteries threatening to explode weren’t bad enough, there’s also the real possibility that one damaged battery can set off a chain reaction of thermal runaway.

Roski used the pocket-sized FLIR C5 camera to check robots after a fight and let the crew know if anything was about to happen. “This technology allowed me to see when I have a short period of time to get the robots outside from the arena,” said Roski. The BattleBots team could check the heat levels of a robot and then confirm whether they have time to move the robot, limiting damage to the arena. Thermal imaging also helped the team assess the kind of fire they could be facing. An engine or speed controller overheating is one thing, but lithium battery fires release harmful fumes that require extra precautions taken.

BattleBots will premier their twelfth season on Discovery channel in January 2023. Learn more about them at battlebots.com.