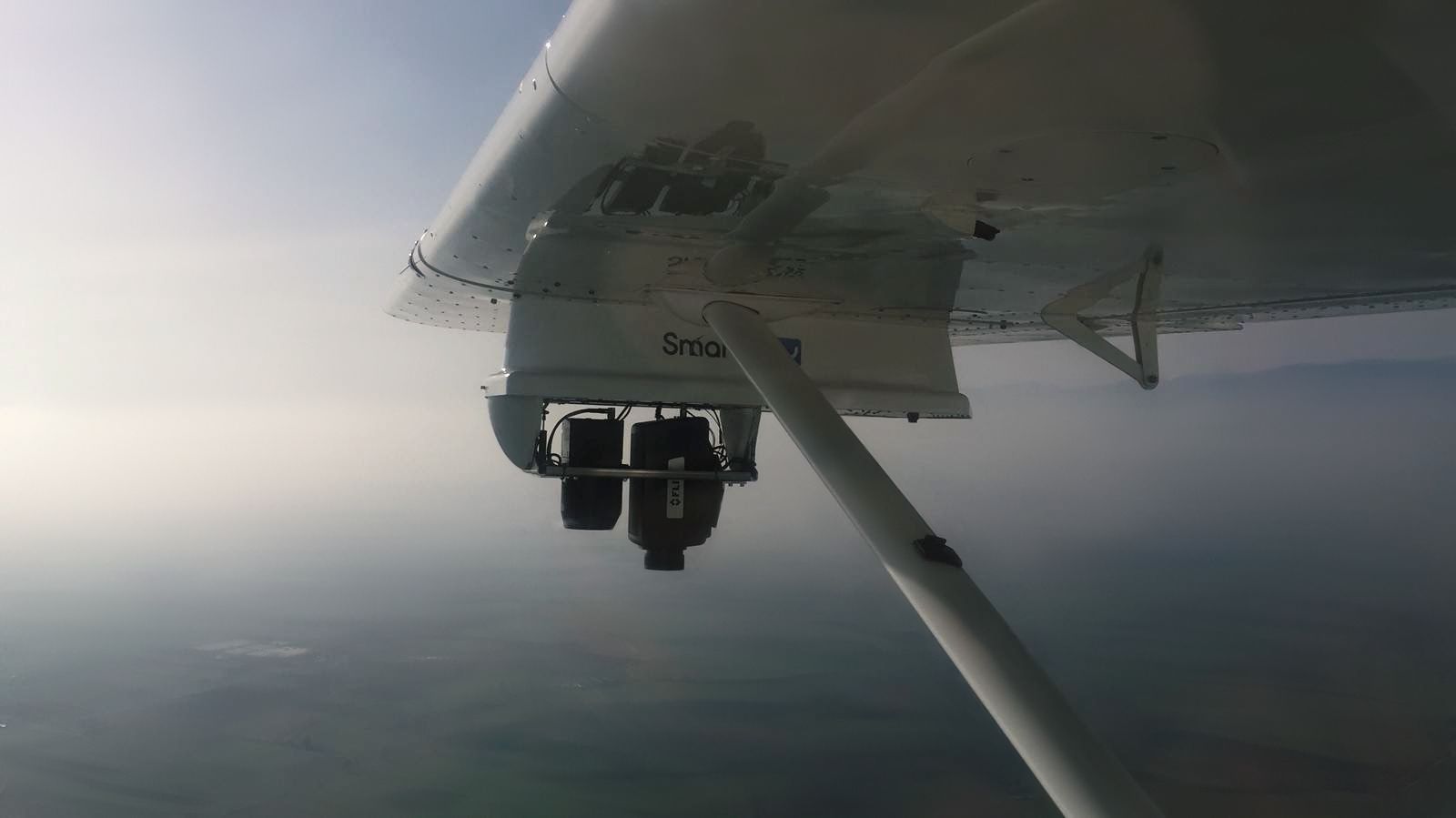 Wesii is an Italian provider of aerial thermography inspections which specialises in aerial inspections and the AI-based diagnosis of photovoltaic (PV) panels for the solar farm industry.

It recently launched a new aerial inspection system for solar arrays using the latest in thermal imaging technology. By combining the high-resolution FLIR A8580 MWIR thermal camera and cooled sensor with the SmartBay© multi-sensor aeroplane platform from DigiSky, it has replaced slow, low-altitude drone inspections with an aeroplane-based system capable of inspecting as many solar panels in a single day as one drone can inspect in a week.

“The benefits of aerial inspections by aeroplane are very clear,” said Pietro Salvagno, remote sensing engineer at Wesii. “The most obvious benefit is that, with an aeroplane, you can go much higher than with a drone—up to 300 meters—and thus cover a much larger area in much less time. Up until recently, we thought that we wouldn’t be able to collect high-quality thermal data from such heights. But with Teledyne FLIR’s thermal imaging cameras, we discovered that it’s perfectly possible to collect accurate data from an aeroplane.”

Wesii needed a reliable integration partner to turn this new idea into reality - and found one in the Italian aeronautic engineering specialist DigiSky. Its SmartBay system can carry up to three different sensors on an aeroplane wing simultaneously and comes equipped with its own mission computer that automatically manages all remote sensing activities during inspection flights.

Wesii and DigiSky needed a high-resolution, high-sensitivity thermal camera with a cooled sensor, capable of precise PV analysis, while being compact enough for use on the SmartBay system. The FLIR A8580 MWIR camera with 1.3 MP resolution was the ideal solution.

“We looked at resolution, sensitivity, focal lens options, and integration possibilities, and the FLIR A8580 offered the most interesting feature combination and capabilities to perform this task,” said Pietro Salvagno.

Wesii now uses the FLIR A8580 to detect a wide range of anomalies in PV panels. The company has developed in-house Artificial Intelligence (AI) algorithms for the categorisation and classification of defects to provide valuable reports of inspected assets. Both classification (single hotspot, multiple hotspots, diode defect, extended and string) and severity (the difference between the panel’s operating temperature and the thermal anomaly temperature) are taken into account. These findings are then combined with visual inspections, also connected to the SmartBay system.

“With the FLIR A8580 mounted on the SmartBay system, we can cover solar assets worth 300 megawatts per day, which would typically take an entire week using a drone,” says Salvagno. “The spatial resolution of the FLIR A8580 allows us to identify anomalies with more accuracy, and detect narrower temperature differences, so we can be even more confident about the quality of our data.”

“The Teledyne FLIR camera offers us much more freedom because we can plan inspection flights even in conditions that would be unacceptable for standard drone inspections,” said Salvagno. “In addition, we can maintain the same irradiance values throughout the entire inspection, because we can capture data in a much shorter time frame. This gives us much more data consistency, and it allows us to better compare data of different inspections.”

The future of aerial inspection

With aeroplane-based inspections, there’s no need for the onerous health and safety documentation required of drone inspections, making the planning process far more straightforward. There’s no need for in-field personnel, unlike a drone flight where the technician must be in direct line of sight. And above all, it can cover larger areas in less time than a drone, making it far more cost-effective.

Thanks to its experience working with Teledyne FLIR, Wesii is planning to shift its future focus to aeroplane-based thermography inspections.

“The feedback about the aeroplane-based approach and the Teledyne FLIR camera has been amazing,” said Mauro Migliazzi, Wesii CEO & Founder. “Many of our customers were amazed by the thermal detail and did not believe that the thermal data was coming from an aeroplane-conducted inspection. This only confirms that aeroplane inspections are the future not only for Wesii but also for the Industry.”