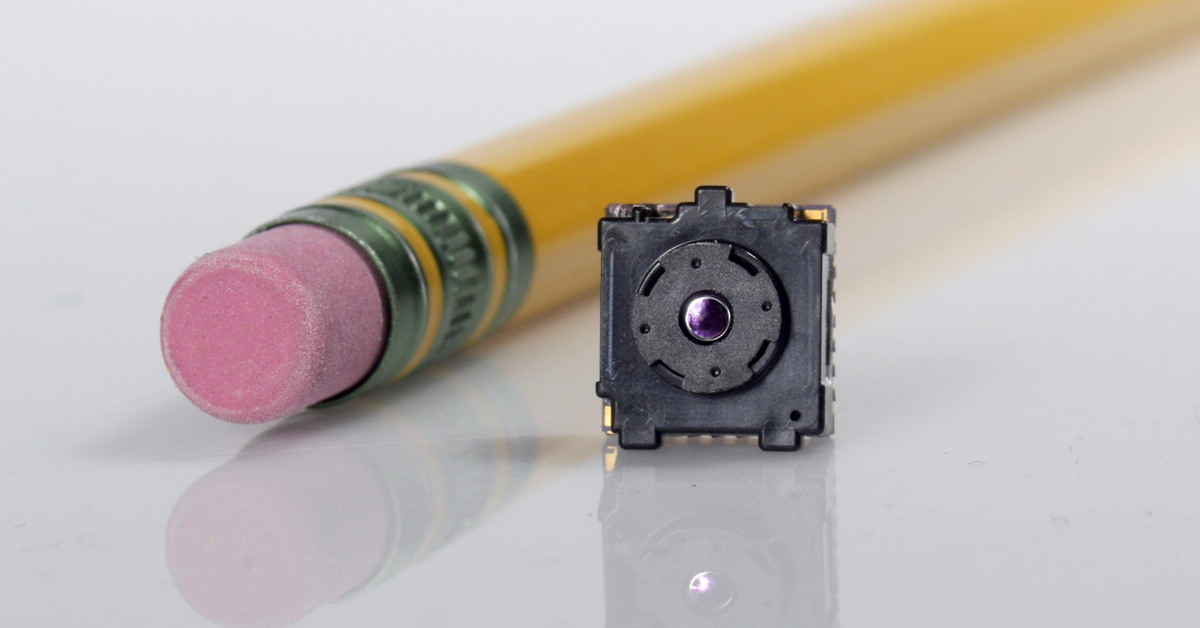 Product makers and manufacturers, FLIR has just released the FLIR Lepton 3.5 thermal sensor, and it is now available to build into your products.

The Lepton family is FLIR’s smallest thermal camera core, and it is found in many FLIR products as well as partner products through the Thermal by FLIR program. Lepton 3.5 is FLIR’s highest resolution (160x120), radiometric thermal camera core in the Lepton sensor family. The higher resolution sensor provides greater thermal image detail and quality while the built-in radiometric can now read temperatures up to 400 degrees Celsius.

Thermal imaging sensors detect heat radiated from objects and people.  Because it doesn’t rely on visible light, thermal sensors can see in complete darkness and through obscurants like light fog and smoke. The ability to read higher temperatures could be useful for a range of applications, including car mechanic who need to see minute changes across an engine compartment, remote temperature monitoring of fixed assets like cellular equipment or motors and belts in a factory, or installation into glasses like the ThermoGlass from Arsenz, which allows for workers to see in thermal and work hands-free.

The FLIR Lepton is featured in multiple products under the Thermal by FLIR program.  Created to support original equipment manufacturers (OEMs) and product innovators interested in using the FLIR thermal imaging sensors to deliver the benefits of the World’s Sixth Sense, the program ensures that original equipment manufacturers and entrepreneurs can carry the Thermal by FLIR brand and receive additional product development and marketing support from FLIR to build and market their respective products. Companies currently using Lepton through the Thermal by FLIR program include Cat Phones, Casio, Panasonic, ARSENZ ThermoGlass, and TinkerForge.

The Lepton 3.5 is available today through DigiKey, Avnet and Future Electronics. To learn more about the Lepton family including the 3.5, visit: FLIR.com/Lepton