The new Vue Pro R adds radiometric functionality to the popular Vue Pro camera, giving drone operators the ability to save the pictures for post-flight image analysis and accurately measure the temperatures of individual image pixels.

The Vue Pro R retains all the features from the FLIR Vue Pro camera, but adds radiometric imaging that allows drone to capture temperature data in every pixel of an image. Drone operators can now analyze and send detailed reports and images that examine temperature data in the entire image, allowing quantifiable results. 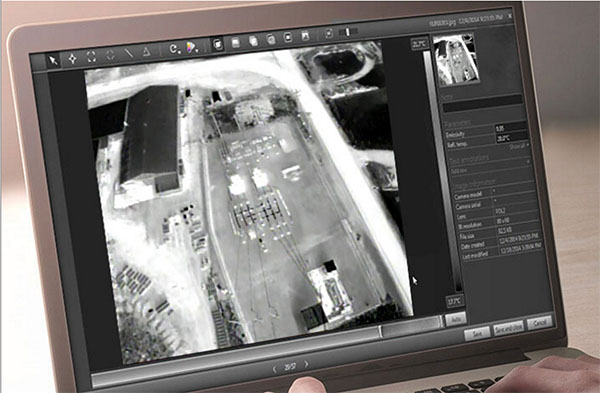 The Vue Pro R records digital thermal video, along with radiometric thermal still images, to an on-board micro-SD card and runs through an updated mobile app that connects to iOS and Android devices through Bluetooth.

The new camera will be showcased at the FLIR booth at AUVSI's Xponential Show in New Orleans, LA. The Vue Pro R will be available to purchase later this month through FLIR’s global network of drone camera dealers. The FLIR Vue Pro R starts at $2,999. To learn more, visit www.flir.com/VueProR.