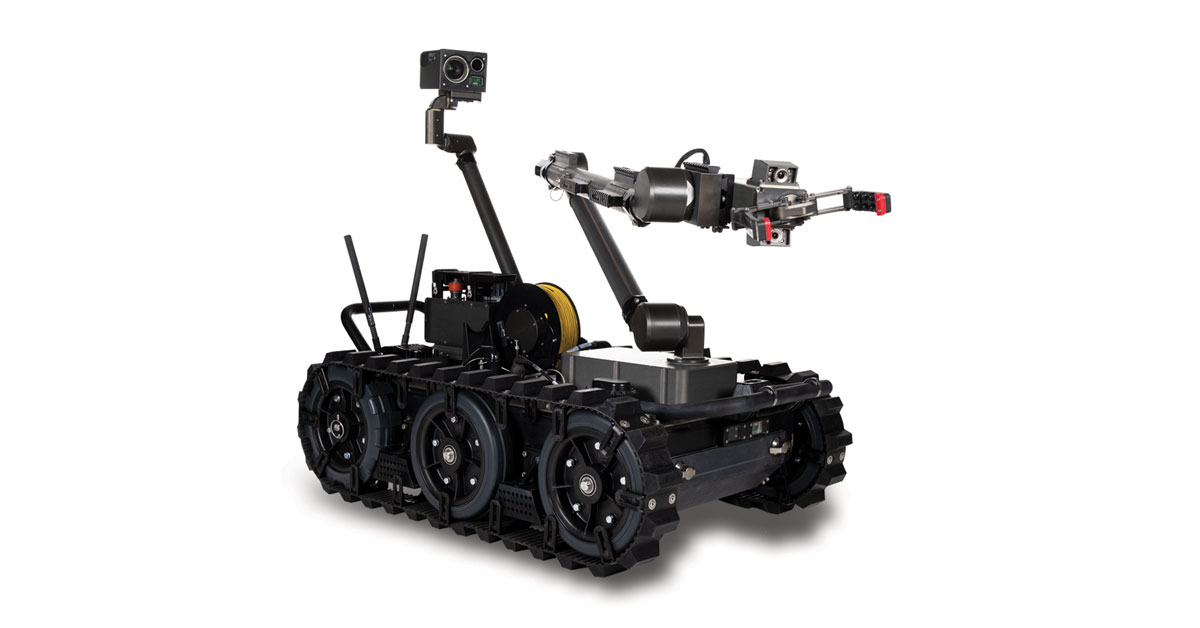 Earlier this month FLIR announced the U.S Air Force has ordered almost 200 Centaurs through a $23 million contract. Marine Corps Explosive Ordnance Disposal (EOD) teams will use the FLIR Centaur to assist in disarming improvised explosive devices (IEDs), unexploded ordnance, and similar hazardous tasks. Different sensors and payloads can be added to support a range of missions.

“Centaur gives the Marines a multipurpose, mid-sized UGV that will complement the FLIR PackBot, SUGV and FirstLook robots we continue to provide to the Corps,” said David Ray, president of the Government & Defense Technologies business at FLIR. “We’re honored the Air Force and now Marines are choosing Centaur as an EOD platform-of-choice, and pleased the U.S. Army MTRS Inc II program can serve as a procurement channel.”

In 2017, the U.S. Army chose Endeavor Robotics, acquired a year ago by FLIR, as its medium-sized robot provider for MTRS Inc II. The company designed the all-new Centaur as its MTRS solution. FLIR is delivering robots to the Army under that multi-year program of record, which upon award was valued at more than $150 million, including options. This latest order falls under the current ceiling.

Deliveries are expected to begin in the third quarter of 2020. For more on FLIR Systems’ Unmanned Ground Systems platforms, visit www.flir.com/UIS/UGS.