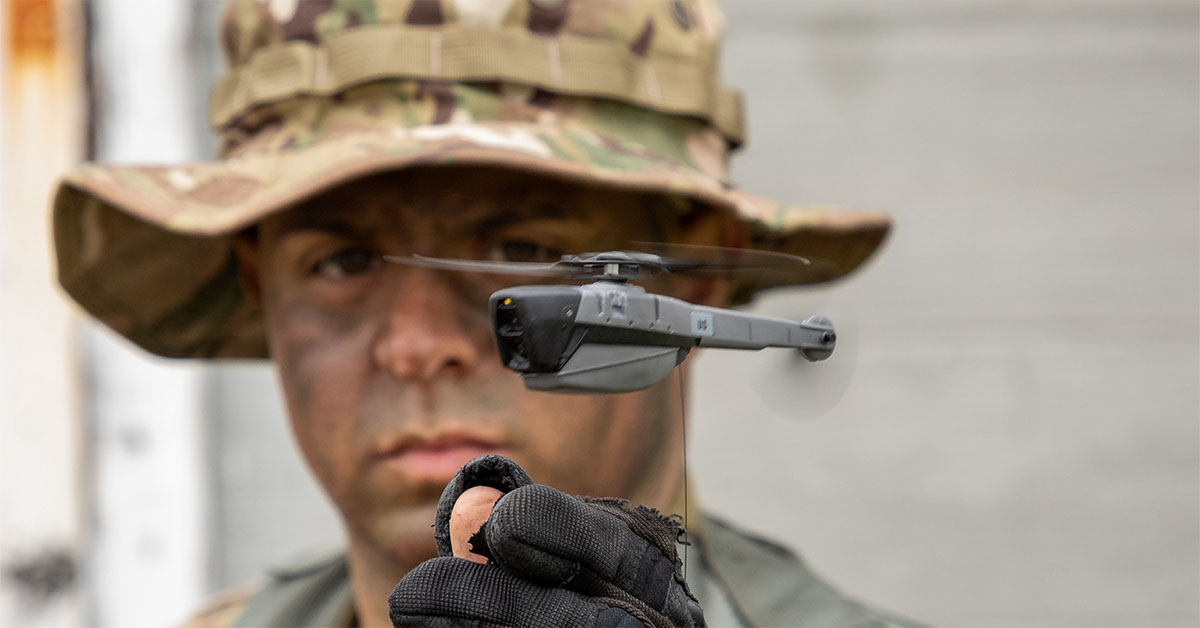 WILSONVILLE, Ore. – January 24, 2019 – FLIR Systems, Inc. (NASDAQ: FLIR) has been awarded a $39.6 Million order to deliver FLIR Black Hornet Personal Reconnaissance Systems (PRS) in support of the United States (U.S.) Army. The highly capable nano-unmanned aerial vehicle (UAV) systems delivered under this contract will support platoon and small unit level surveillance and reconnaissance capabilities as part of the Soldier Borne Sensor (SBS) Program. The U.S. Army awarded in June 2018 the first SBS phase contract to FLIR for an initial batch of Black Hornet PRS. These systems are being delivered now to the U.S Army for initial integration into the force.

“We are proud to be selected by the U.S. Army for the SBS Program of Record. This contract represents a significant milestone with the operational large-scale deployment of nano-UAVs into the world’s most powerful Army,” said Jim Cannon, President and CEO of FLIR Systems. “This contract is a major win for the newly established Unmanned Systems & Integrated Solutions business division at FLIR and demonstrates the strong and urgent demand for nano-UAV technology offered by FLIR. Protecting U.S. warfighters with our unmanned solutions is a key objective for FLIR.”

This contract expands the use of FLIR’s Black Hornet PRS for Army surveillance and reconnaissance programs. FLIR has delivered over 8,000 Black Hornet nano-UAVs around the world.

Due to the significantly increased demand for unmanned aerial system (UAS) support in the U.S., FLIR is expanding its UAS service and repairs center in Somerset, Kentucky. Deliveries will begin in early 2019. For more information about the FLIR Black Hornet PRS, please visit www.flir.com/blackhornet.

Founded in 1978 and headquartered in Wilsonville, Oregon, FLIR Systems is a world-leading maker of sensor systems that enhance perception and heighten awareness, helping to save lives, improve productivity, and protect the environment. Through its nearly 3,500 employees, FLIR's vision is to be "The World's Sixth Sense" by leveraging thermal imaging and adjacent technologies to provide innovative, intelligent solutions for security and surveillance, environmental and condition monitoring, outdoor recreation, machine vision, navigation, and advanced threat detection. For more information, please visit www.flir.com and follow @flir.