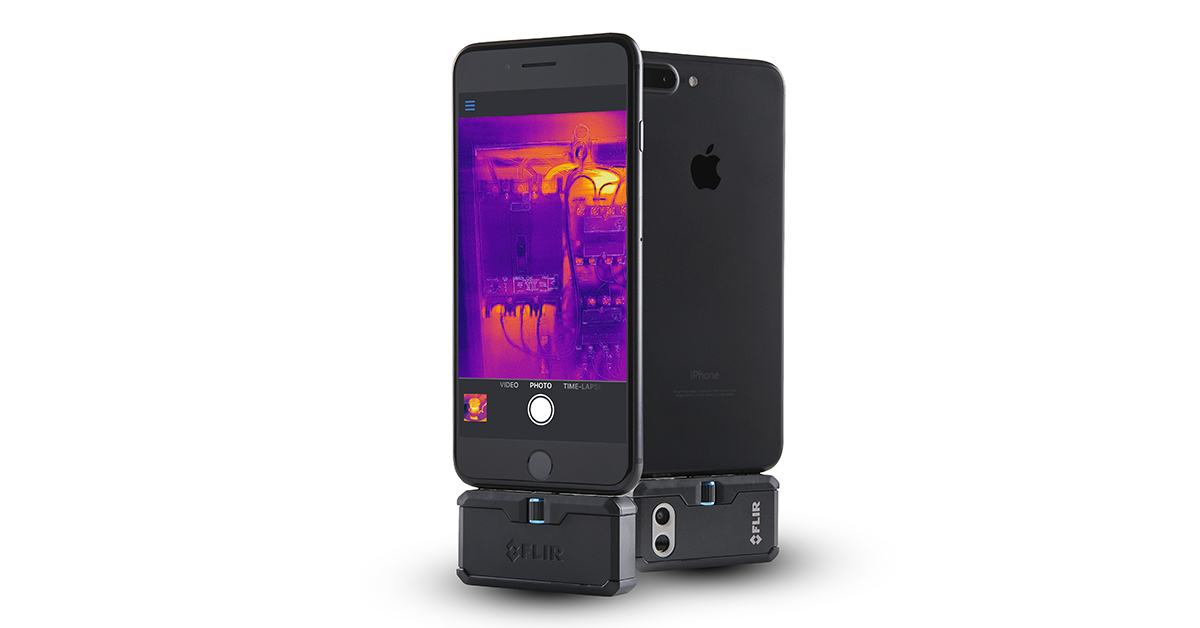 Powered by the FLIR Lepton® thermal microcamera core, the FLIR ONE Pro LT builds on the advanced features of the FLIR ONE Pro, including MSX image enhancement, a high definition visible camera to produce crisp detailed image, and VividIR™ video signal processing technology that delivers an improved thermal image quality and clarity.

Here’s how the LT compares to the FLIR ONE Pro:

Also this week, look for the new version of the FLIR ONE mobile application for both iOS and Android, which includes tools such as multiple spot temperature meters, custom on-screen temperature tracking regions, and tips for problem solving and use cases.

The FLIR ONE Pro LT is $299 and available for pre-order worldwide today for iOS and Android (USB-C and Micro-USB) devices. To learn more about the FLIR ONE Pro series, head to FLIR.com/FLIRONE.