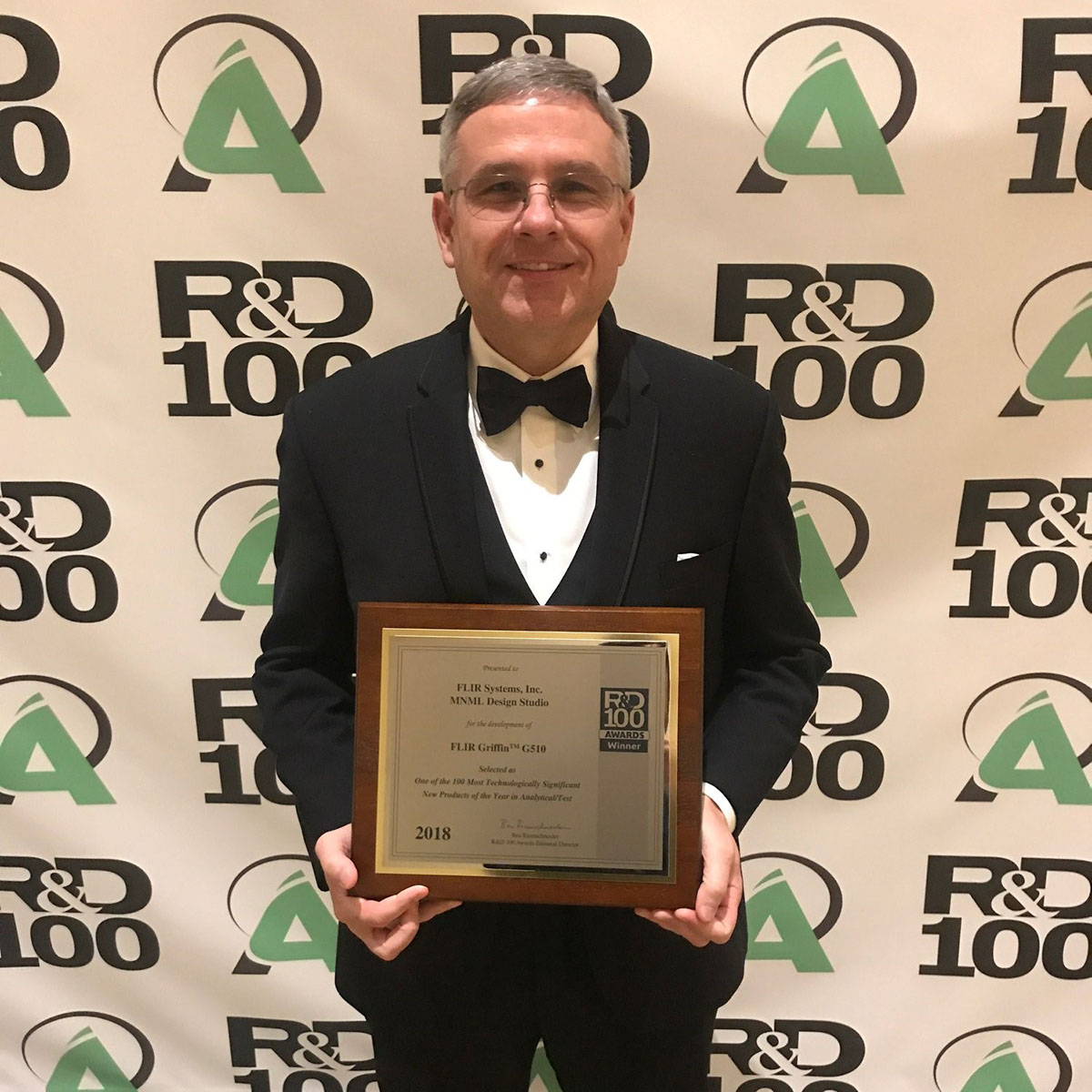 FLIR is honored to announce that its Griffin G510 person portable gas chromatograph mass spectrometer (GC-MS) is a 2018 R&D 100 Award winner. Celebrating its 56th year, the R&D 100 Awards honors innovations in science and technology. Each year, the judging panel selects the 100 most significant innovations of the year, and this year the Griffin G510 not only made the list but is a winner in the Analytical/Test category.

GC-MS has long played a critical role in traditional laboratory-based chemical analysis and is considered a gold-standard tool. But chemical emergencies rarely occur in the safety of a laboratory. Chemical emergencies can happen anywhere, extending the need for GC-MS equipment beyond the lab.

The FLIR Griffin G510 enables civilian, federal and military responders to act quicker. The portable design helps responders deploy rapidly and deliver confirmatory results in minutes rather than weeks. The G510’s ability to analyze chemicals in any phase - solid, liquid or vapor - gives it the unique ability to identify the presence of many hazards, including explosives, chemical warfare agents (CWAs), toxic industrial chemicals (TICs), and narcotics. The G510 is a portable, mini lab that delivers real-time answers.

In military missions, it is used to identify trace amounts of explosives and chemical warfare agents. In civilian scenarios, it is used to analyze unknown powders and confirm the presence of opioids like fentanyl, or other illegal drugs. It is also used to monitor the environment around industrial areas, in addition to responding to natural disasters. Simply put, the Griffin G510 person-portable GC-MS helps keep people safe and the environment clean.

At FLIR, we keep pushing to help professionals do their jobs easier and safer. Thank you to R&D Magazine for this prestigious recognition, and congratulations to the other R&D 100 Award finalists.