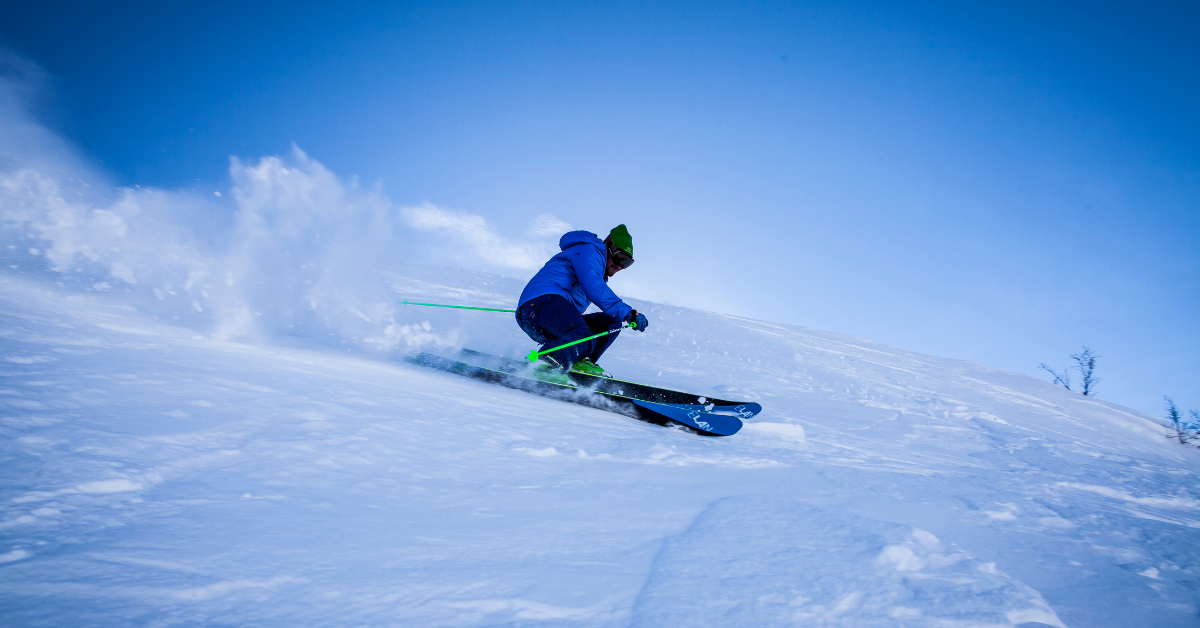 RELISTE is a machine vision integrator based in Austria. For more than 50 years it has specialised in the sale of high-quality solutions for automation technology.

Now, in an industry-first, RELISTE has integrated Teledyne FLIR’s thermal imaging cameras to automate the process of ski grinding for winter sports’ equipment , maintaining performance and ensuring potentially life-saving manoeuvrability on the slopes, when it’s needed most…

It has done this not by detecting an increase or decrease in heat but by differentiating between two different materials by measuring their ambient heat emissions.

By using two of FLIR’s A35 thermal imaging infrared (IR) temperature sensors, the company was able to identify the exact point of transition from steel to plastic at the edges and tips of skis during the ski grinding process. Previously, this was something that had to be done manually by visual and tactile inspection.

With its position in the Eastern Alps, it’s no wonder that skiing is a well-loved pastime in Austria - but maintaining the safety and performance of the skis themselves has traditionally been a slow, manual job which was very  labour-intensive.

Over time, skis become damaged and burnt by prolonged contact with snow, which planes a small layer of the base material off and results in an uneven, bumpy texture that can negatively impact performance.

Ski grinding (sometimes called ski tuning)  is the process of grinding, flattening and restoring the ski base to ensure faster, smoother skiing and optimum manoeuvrability - and it is a crucial element of ski maintenance. Without it, aged skis can catch on snow or ice, instead of gliding over, resulting in poorer performance and (in extreme circumstances) a life-threatening reduction in core mobility.

Previously, the grinding process could only be automated for the sides of each ski. The areas of the tips and ends had to be ground manually as traditional visual inspections simply couldn’t differentiate the transition point between steel and plastic, making it impossible to automate the process - or so it was thought. 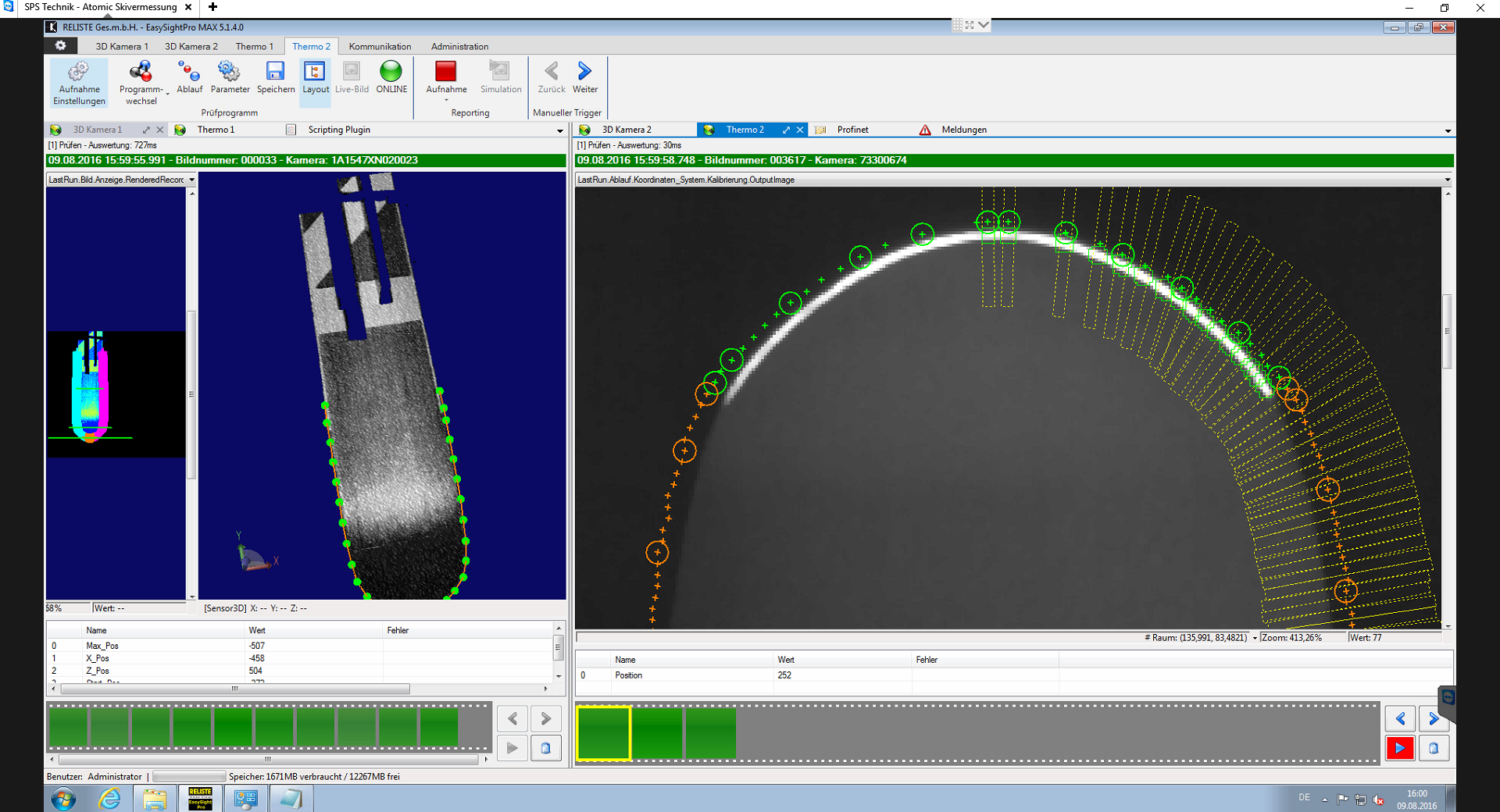 RELISTE combined two Teledyne FLIR’s A35 infrared thermal imaging cameras (which is the predecessor to the A50/A70 with dual spectrum inspection of both thermal and visual in a single camera) with a Cognex 3D laser-displacement sensor to transform this traditionally labour-intensive job into an automated maintenance line.

By using these two technologies in tandem, they were able to determine distinct 3D points at the tips and ends of the skis to guide the automated grinding robot, replacing manual labour and reducing costs. The combined information from the thermal imaging cameras and three-dimensional laser sensors provides the robotic grinder with precise 3D guidance - ensuring that only the steel edge is ground and not damaging the more vulnerable plastic elements of the apparel.

The solution uses ‘active thermography’. Essentially, this involves using an industrial ‘radiant warmer’ to heat the skis and take advantage of the radically different ways in which plastic and metal conduct and, more importantly, emit heat. This information is then evaluated by RELISTE’s image processing software, EasySightPro, to determine the position of the transition for precise grinding in a fraction of the time of traditional manual methods.

Traversing technology together: a long-term partnership that shows no sign of slowing down

Ronald Fasching, Commercial Manager Vision Systems at RELISTE, said: “When it comes to the usage of IR cameras we always use Teledyne FLIR cameras, nothing else. For us, this is our standard solution with tons of features for analysing as well as communicating to a PLC via Profinet.

“We are a long-time Teledyne FLIR partner and we are very satisfied with the camera quality. In this case, the customer was incredibly happy with the solution we provided.”

The relationship between RELISTE and Teledyne FLIR goes back years - as RELISTE exclusively uses Teledyne FLIR’s industry-leading cameras on their industrial image processing solutions for their consistent quality and insight.

RELISTE chooses Teledyne FLIR cameras exclusively because they can be used to determine key properties or other minute visual variables of test objects that can be ‘made visible’, which cannot be detected with standard cameras due to their limited functionality.

Ronald added:  “We are using our RELISTE EasySightPro® solution, based on the Cognex VisionPro with the camera in an “image streaming” setup. For us, this is our standard solution with tons of features for analysing as well as communicating to a PLC via Profinet. This is important, to ensure compliance with core standards – both our own internal standards and that of the automation industry in Europe.”