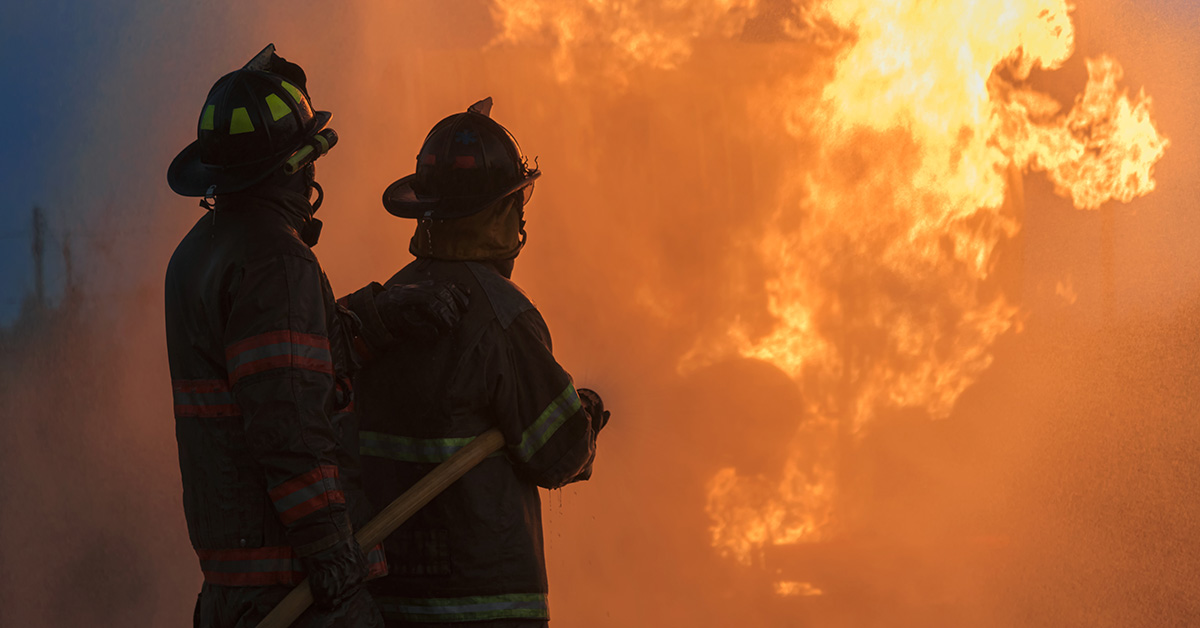 Firefighting is an exceedingly dangerous and demanding job, with estimates suggesting new fires start every 23 seconds in the United States and every hour in Canada.

How is that relationship working out today?

Maxime Brouillard, the Sales Manager for 1200 degrees, says his company has built a great partnership with Teledyne FLIR.

“The relationship is amazing,” Brouillard says. “We really appreciate the trust Teledyne FLIR has with us, and we work really hard to make sure we live up to what FLIR is expecting from us.”

This particular relationship wasn’t something that came out of nowhere. Leaders within Canada’s firefighting community intentionally sought it out because of the life-saving technologies Teledyne FLIR offers, such as K-Series thermal imaging cameras (TICs), which can see through smoke. One of those individuals, Guillaume Rondeau, is a former Canadian firefighter, captain, and operations chief. Now the Vice President and Chief Operating Officer of 1200 Degrees, he explains why his company sought out a partnership with Teledyne FLIR.

“We are not a company that follows our competitors. We always try to be different with our vision. Considering that some of us are firefighters, we saw the potential with FLIR…We decided to contact them, to be all-in with them, and build a partnership.”

The K-Series was designed and developed to be used by firefighters to help them navigate through smoky conditions, search for hot spots, and measure temperature from a distance. These handheld cameras help fire crews attack fires more strategically and help incident commanders make better decisions when directing resources. Since they also visualize heat sources, TICs can be an important tool for hazmat and search and rescue operations.

When it comes to firefighting, two key pillars are safety and service to the community. Brouillard says these two reasons are why 1200 Degrees put its trust in the FLIR K-Series.

“We use the K-Series as it is perfect for the fire industry…We are not the end user, but certainly our clients could tell us that the quality of the images has helped them to do their job properly and safely… And with the FLIR cameras, you can use them with just one hand, which is also a game changer.”

Why FLIR over other competitors?

Firefighters depend on reliable, accurate equipment to keep them safe in hazardous conditions by providing them with accurate layouts of fire scenes. TICs with features such as FLIR FSX® image enhancement display sharp outlines that make it easier for firefighters to recognize shapes in hazy or smoky conditions. FLIR MSX offered in K1 and K2 cameras, provides similar edge detail from an integrated visual camera.

Rondeau says he trusts FLIR because he knows he’s working with the best technology.

“FLIR has outstanding technology to create crystal clear images on the display using over-laying images. MSX and FSX are real game changers that no other devices offer.”

“Having the FSX images is a game changer as no camera on the market allows you to have such clear images.”

The future of the partnership

“Teledyne FLIR has demonstrated on multiple occasions its leadership position in the market as a thermal camera manufacturer. As a user and a distributor, we saw the potential and wanted to promote FLIR products,” Rondeau explains.

“As a company, FLIR also had the same vision as us - to supply the best products and service for fire departments."

There’s no way to make firefighting a safe endeavor. Explosions, gas leaks, extreme temperatures… the environment is dangerous and unforgiving. But Teledyne FLIR and 1200 Degrees are committed to find safer solutions, better ways to solve problems, and better options to serve the public.

For more information on firefighting in Eastern Canada and everything going on at 1200 Degrees, check them out here. You can find out more about thermal imaging for firefighting and public safety here.