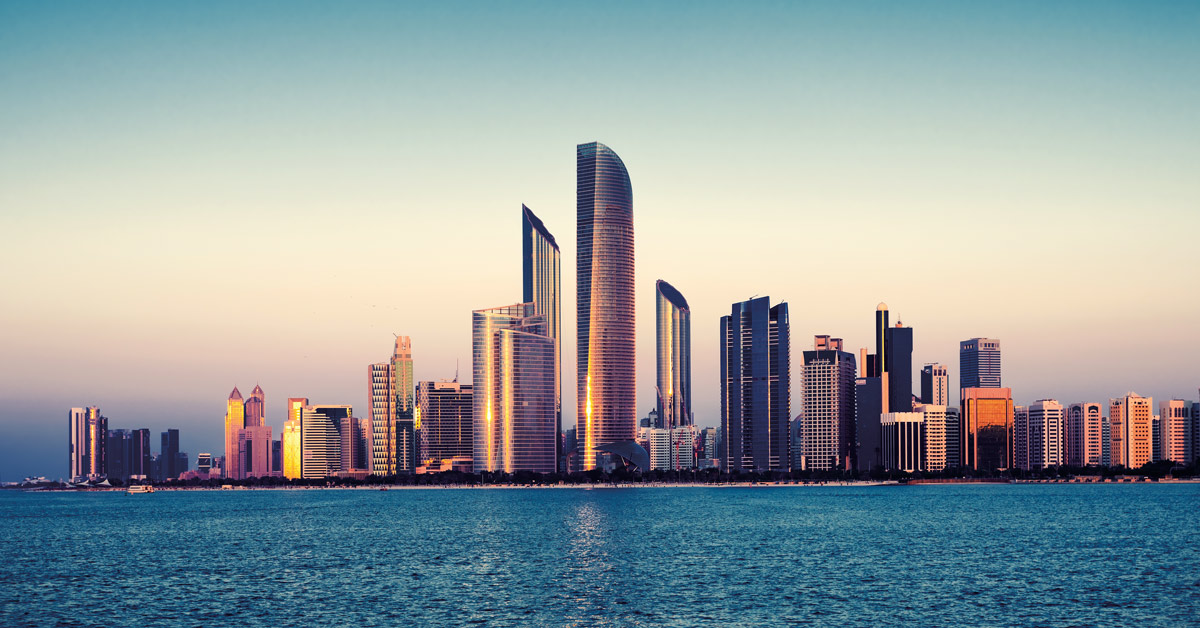 FLIR United VMS is an integral facet in Abu Dhabi’s safe city security platform, managing a large number of public access cameras, integration services and maintenance operations. This deployment, recognized as the Falcon Eye Project by FLIR Systems, was named the Security Infrastructure Project of the Year at the 2018 Intersec Awards.

Abu Dhabi is a major cultural and commercial center in the United Arab Emirates (UAE), accounting for roughly two-thirds of the UAE’s economy. While oil and natural gas make up a large portion of its GDP, Abu Dhabi has positioned itself as a premiere tourist destination, with major investments in luxury resorts and business hotels. Consequently, public safety is a top priority—and FLIR Systems is playing a critical role in the city’s long-term safe city initiative.

Recently, the Abu Dhabi Monitoring and Control Center (ADMCC) was tasked with integrating all public access cameras onto a single platform to provide full uninterrupted coverage of the city. This is in compliance with the Safe City 2030 vision of His Highness Sheikh Mohammed bin Zayed Al Nahyan, Crown Prince of Abu Dhabi and President of the UAE.

As part of the Falcon Eye project, FLIR United VMS integrates all public access cameras into a single platform to provide full, uninterrupted coverage of the city.

To manage such an extensive system under the Falcon Eye project, ADMCC needed to update its video management system (VMS) software. ADMCC sought a VMS that would provide enhanced image quality, as well as increased storage and integrity of streamed video. The VMS also needed to be able to incorporate current, emerging and future technologies, such as Big Data, cyber protection, smart cameras, analytics at the edge, and automated camera management. Additionally, ADMCC required a cost-effective VMS that would seamlessly integrate with the existing physical security management information (PSIM) without compromising any data or operations from subsystems.

Previously, ADMCC had a strong relationship with FLIR, having deployed an older FLIR United VMS version for several years. After careful research and evaluation, ADMCC chose to continue partnering with FLIR as the industry leader in advanced video solutions in the safe city sector. ADMCC selected the most recent FLIR United VMS release as its VMS for the Falcon Eye initiative.

ADMCC upgraded to the recent United VMS version in June 2017. With special support from the FLIR team, the integration of Latitude and ADMCC’s in-house PSIM solution was successfully completed without any data loss. Adding value to the integration was the presence of an in-house FLIR engineer, who provided insight and guidance throughout the process.

“FLIR is considered one of ADMCC’s trusted vendors, delivering regular upgrades and specialist support to our operations when needed,” said His Excellency Saeed Al-Neyadi , Director General at ADMCC. “The on-site FLIR engineer provided an unmeasurable value to ADMCC.”

Street surveillance cameras with advanced analytics alert security personnel of any threat that needs attention. Together, these cameras and sensors provide real-time situational awareness throughout the city.

One of the defining characteristics of United VMS is simplicity and easy user interface. United VMS offers simplified access in managing and controlling video operations for the support staff. For all safe city projects, the preservation and availability of data is paramount.

ADMCC oversees one of the world’s leading safe city solutions that utilizes license plate recognition, facial recognition, video analytics and video management from over 45,000 sensors spread across the Emirate. United VMS serves as the central operational platform for all data of this unified platform, providing an efficient combination of video software and server hardware. By utilizing the state-of-the-art technologies and subsystems brought together by United VMS, ADMCC ensures the safety of the city and its residents at all hours of the day and night.

“United VMS has given ADMCC a reliable, stable, robust and secure platform for the past six years,” said Al Hassani. “It underpins a custom PSIM solution that supports various government agencies in Abu Dhabi helping the city to be ranked the ‘Safest City in the World.’”