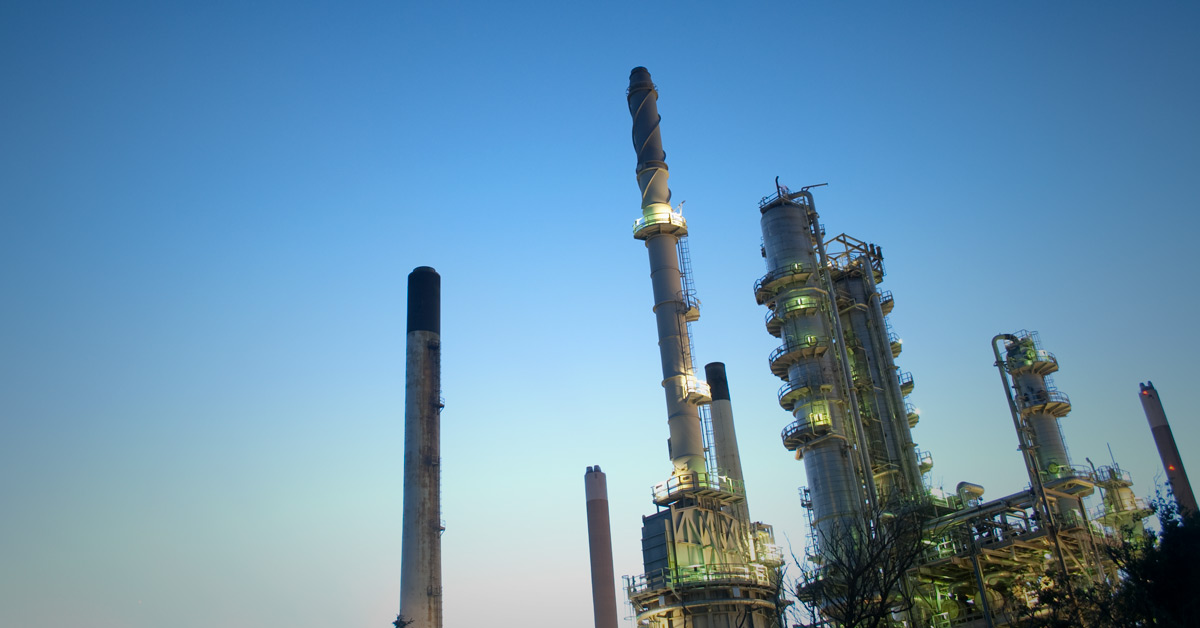 LUKOIL Neftochim Burgas, based in Bulgaria, is the largest oil refinery in Southeastern Europe, processing 9.5 million tons of crude oil per year. The Lukoil oil production sites are vital to the Bulgarian economy, but also present a significant risk. To make sure its critical infrastructure is protected against unwanted intruders, the company called upon FLIR Systems for a fail-proof perimeter security solution centered around thermal imaging cameras.

“Lukoil Neftochim Burgas is a strategic site for Bulgaria. That’s why the security requirements are so demanding. We do everything we can to achieve these requirements,” says Petar Bakalov, Executive Director at Lukom-A, Lukoil Bulgaria’s dedicated security agency.

Until recently, Lukoil had used two independent systems for perimeter security: two fences with sensor cable systems about five meters separated from each other. While they delivered quality results, the installation was quite expensive: digging, cabling, and visual cameras and lighting for visual verification of the detected target.

According to Lyubomir Dimov, project manager at Lukom-A, the company therefore investigated alternative solutions: “We decided to try thermal cameras, because they provide us with the opportunity to control the entire territory with a relatively small number of cameras. When a movement is detected, we receive an alarm in our control room. The difference is that, with the sensor cable system you need cables, lighting along the perimeter, a video camera at each 60 m – all this is more difficult to implement and more expensive. With thermal cameras, we always see directly what happens, regardless of lighting, daytime or nighttime.”

Lukoil discovered the power of thermal imaging by testing a small set-up. The company learned that thermal cameras not only outperform visual cameras at night, they’re also highly effective during the day.

Lyubomir Dimov: “Three years ago, we decided to install cameras to guard a torch, an installation with a high level of explosion risk. We were able to perform tests with a thermal imaging camera from FLIR and discovered that even during the day, with a normal color camera, intruders can get lost in the greenery, when they wear the same color of clothes. In contrast, thermal cameras can still follow them when they hide behind the bushes. This really convinced us that thermal imaging technology was the way forward.”

For its petrochemical plant in Burgas, Lukoil called on main FLIR distributor for Bulgaria, Telelink EAD, a leading system integration company in South-East Europe, and its partner system integration company 2 Plus Bulgaria AD. Together, they proposed FLIR’s FC and F series cameras in combination with advanced video analytics software for achieving a higher level of perimeter protection.

Ivan Ilchev, systems technician at Telelink, comments: “The sensor cable system that Lukoil Neftochim is using has its merits, but it requires extensive maintenance and the system’s false alarm rate is relatively high. Also, a visual CCTV camera system has its drawbacks. If you consider that the Lukoil site has a very big perimeter for surveillance – more than 22 kilometers, then you actually would need more than 400 standard CCTV cameras. However, we knew that with one thermal imaging camera, you can easily replace six or seven visual CCTV cameras. That’s why we advised Lukoil to use thermal cameras from FLIR Systems in combination with advanced video analytics. This is a so-called thermal fence, which is indeed a very cost-effective solution. What is so amazing about thermal imaging cameras is that you can use them in almost any condition, at night, during fog, rain, hard environments, like here, with no clean surface and with bushes and trees.”

Thermal cameras: an investment that pays off

The benefits are very clear for Lukoil Neftochim. The investment for thermal cameras is much less than for lighting and visual cameras around the entire perimeter. Petyr Bakalov comments: “Thermal cameras have proven to be the best solution for us, because of the specifics of the secured area. The Lukoil refinery is located in an area where there is no lighting and most of our problems occur at night. That’s why thermal cameras are extremely convenient for us.”

“The most important benefit is the reliability of the FLIR cameras – you can see the object day and night. Shortly after we had installed the thermal cameras, we were already able to capture two groups of intruders who were trying to enter the Lukoil territory with the intent of stealing scrap metal. For me, FLIR is one of the best camera providers in the world and I will recommend it to our management so we can continue our cooperation with FLIR in the future.”