The threat of homemade explosives (HMEs) is not new. From the Oklahoma City bombing in 1995, to the “shoe bomber,” London underground bombings, “underwear bomber,” and attacks in Paris and Brussels in the 2000’s, the threat is ever-changing. Not only do post-incident crime scenes present danger to responders until secondary devices have been ruled out, but also make-shift laboratories where the bombs are made. Handheld explosives trace detection (ETD) equipment can help responders quickly determine on-scene threats, like Triacetone Triperoxide (TATP) and react appropriately and expediently.

TATP has been used in bombing and suicide attacks, including the 2016 Brussels and 2017 Manchester Arena bombings. TATP was also used in the explosion that preceded the 2017 terrorist attacks in Barcelona.

Terrorists frequently use TATP because it is relatively easy to make using household supplies. TATP is often produced in makeshift laboratories found inside apartments, homes or other residential structures.

Evidence of TATP manufacture may include glassware such as beakers or fl asks, mixers, fi ltration systems and distillation equipment.

TATP is often kept cold to increase its stability, so ice baths or refrigerators may indicate TATP production. TATP’s instability makes it very dangerous to responders investigating makeshift laboratories. Even trace level quantities of TATP can be dangerous if detonated.

TATP appears as a white crystalline powder with a bleach-like odor. Shock, static, sparks, heat and friction can cause detonations. TATP is made by combining acetone, a strong acid, and hydrogen peroxide. Large volumes of easily obtained chemicals such as acetone, sulfuric acid, or peroxide-based bleaching formulations can be indicators of TATP production (Figure 1). Acetone is found in nail polish remover or paint thinner. Sulfuric acid is present in car batteries and acidic drain cleaners. Cosmetic or wood bleaching solutions can be a source of concentrated hydrogen peroxide. 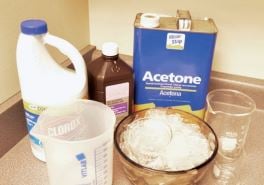 Figure 1:TATP can be made from household ingredients

The ingredients used in TATP are not just dangerous on their own, gaseous byproducts produced by them can be toxic and explosive.

In a suspected bomb-making environment, responders should always be aware of the possibility of booby traps or secondary devices, and the dangers of entering homemade labs. Once secondary devices are ruled out and the responder is on-scene, both surfaces and containers may be investigated using particle or vapor sampling procedures available with handheld ETDs.

VAPOR: TATP vaporizes very quickly, resulting in a vapor signature that can be readily detected with the Fido X2 or X3 handheld products. TATP vapor enters the sensor via direct vapor sampling (Figure 2). The direct vapor method is effective for screening bottled liquids and concealed, highvolatility explosives. Vapor becomes more dilute as it travels further from the source and mixes with the surrounding air, resulting in lower concentrations of explosives.

Vapors can accumulate to higher concentrations in confined spaces, such as a box, bag, or car trunk. When vapor from confined spaces can be directly sampled, the likelihood of detection increases.

PARTICULATE: Trace particulate residues can be collected from contaminated surfaces using a particulate swipe that is then inserted into the Fido ETD (Figure 3). If a bulk quantity of white powder is suspected as being TATP, it should not be directly sampled. Responders should call the bomb squad and evacuate all personnel to a safe distance.

Particulate screening allows for detection of secondary transfer on personnel and vehicles. Screening is rarely impacted by environmental conditions.

TrueTrace-based ETDs are capable of detecting trace levels of TATP and hydrogen peroxide, which is often associated with the manufacture of TATP. It can be detected in both particle and vapor modes. With TrueTrace technology, sensing materials interact with molecules in the sample, causing a change in light intensity that is measured by the detection platform. An explosive is “sensed” when the light output of the TrueTrace sensing materials change in a specific manner in response to explosives in the sample. The change in intensity of light output is measured by ultrasensitive detectors in the ETD. Detection of TATP is indicated by audible and onscreen alerts (Figure 4 and 5). 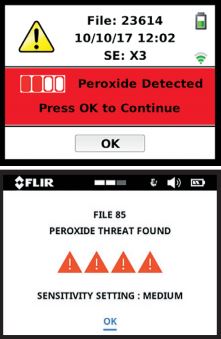 Figure 4 and 5: Peroxide alarm screens on TrueTrace based sensor

The Fido X-Series products use an open sample flow path, which enables a faster clear-down than other methods, so subsequent screenings can be performed quicker. No radioactive ionization source is needed to produce a result.

Weighing less than 1.5 pounds and featuring a durable, economic design, the Fido X2 (Figure 6) offers maximum portability. The X2 starts up in 3 minutes and can detect explosive particles using FLIR’s TrueTrace technology in 10 seconds or less.

The Fido X3 (Figure 7) uses the same TrueTrace technology, but is built with a rugged magnesium case and splash-proof seal to meet rigorous MIL-STD-810G and IP54 specifications, making it tough enough to survive harsh environments.

TATP is a common threat used by terrorists, because it can be made from easily available household supplies and produced in make-shift laboratories. TATP is an unstable chemical and is dangerous to first responders in bulk (visible) quantities. There are some unique signs to look for when TATP manufacturing is suspected. TATP residue can be detected by FLIR’s Fido X-Series handheld ETDs at trace (invisible) quantities, using particle (swipe) or vapor sampling methods.