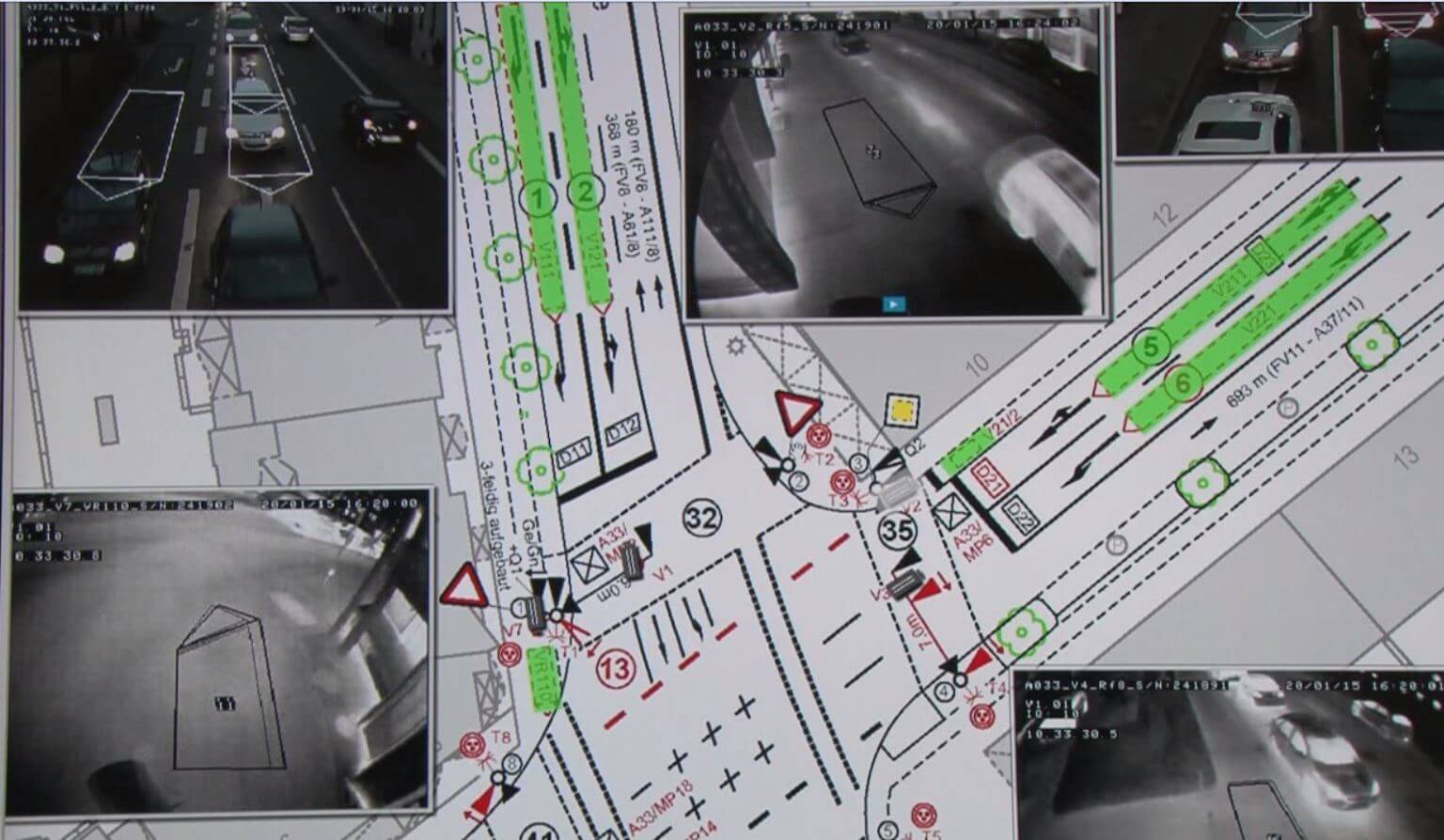 As part of a larger urban zone across the southern part of the German Rhine Main Area, the city of Darmstadt near Frankfurt, Germany, does not escape the problems of traffic congestion. In order to make intelligent traffic management possible and make traffic flows smoother, the city’s traffic authorities have installed more than 200 video detectors from FLIR Systems. The city also makes use of FLIR’s video management system FLUX which visualizes the traffic streams coming from a wide variety of cameras.

FROM LOOPS TO VIDEO DETECTION

Stefan Hartmann, Traffic Engineer at the Darmstadt Traffic Administration comments: “Video detectors have proven to be very suitable for trafficdependent control, especially when you take into account the wide variety of applications. With the video detection sensors from FLIR, we have been able to significantly improve the quality of traffic-dependent control as compared to the use of induction loops.”

A major advantage of video detection over induction loops is that no extensive civil engineering is required and no outside companies need to be commissioned to install in-road loops. The technicians at the city of Darmstadt can simply install the cameras where they want themselves, wire them up and configure them. 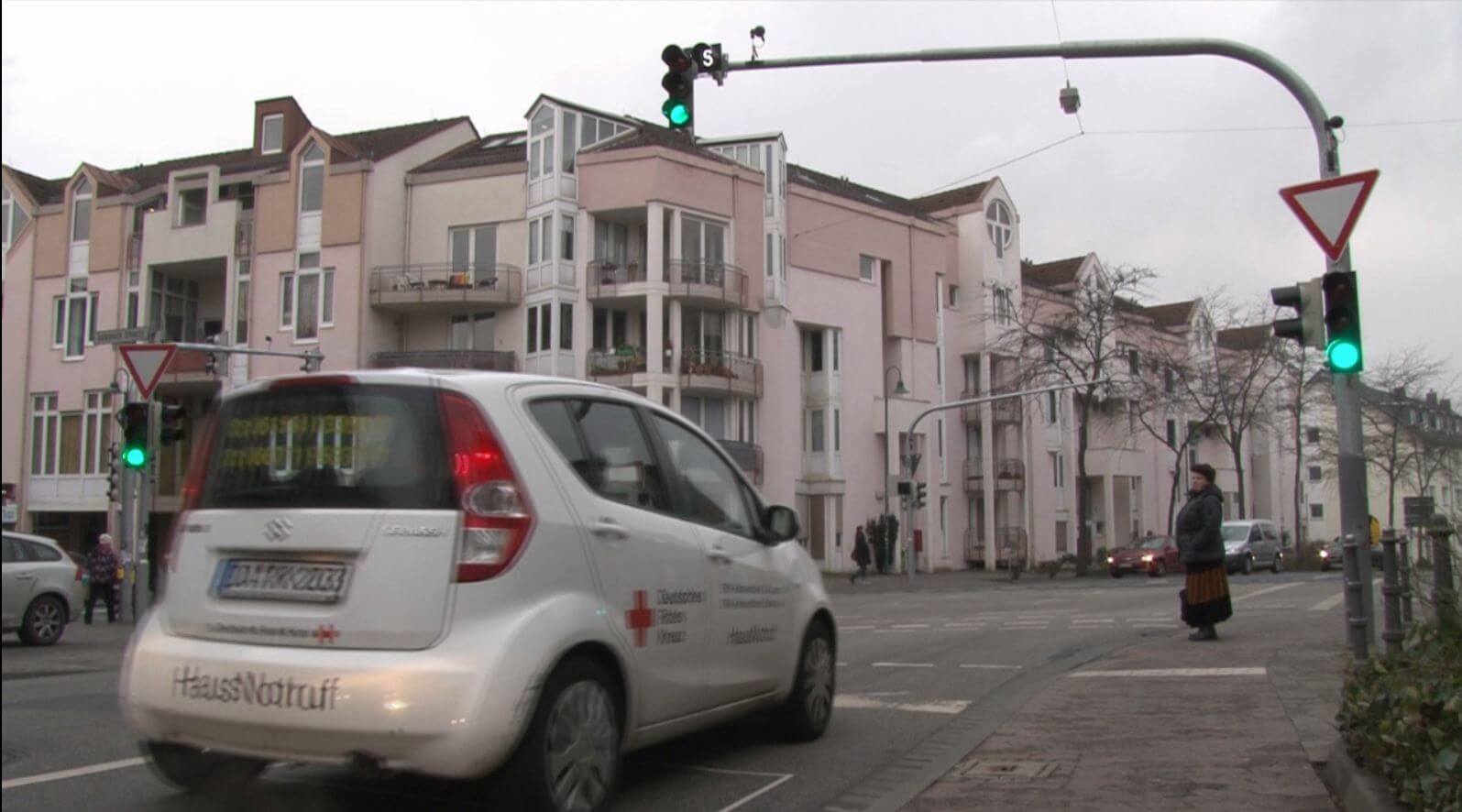 The city of Darmstadt is using various types of video sensors for vehicle, pedestrian and bike detection, all of which are used to control traffic flows in a more intelligent way. This has made the inner city traffic a lot safer and more efficient. In certain parts of the city, video detectors allow the traffic authorities to detect congestion so that if there is an increase in the flow of traffic, the green signal can be extended to allow the traffic jam to dissipate.

PEDESTRIAN SAFETY
In other cases, video detection is used to improve the safety of pedestrians. This is the case for example in the DarmstadtBessungen sub-district. When school is out, there is a lot of pedestrian traffic from students. To guarantee the safety of schoolchildren and passers-by, FLIR C-Walk sensors have been installed to detect large groups of people and to adapt the green phase of the traffic signal system accordingly. This way, pedestrians have a reasonable amount of time to cross the street safely. Traffic safety and efficiency always need to go hand in hand. That’s why in any installations, a pedestrian sensor installation is completed with a vehicle presence sensor. In the installation in the Darmstadt-Bessungen sub-district, a TrafiCam vehicle presence sensor ensures a normal flow of traffic. It will detect the presence of a car or a tram on the street, and if a pedestrian presses the button, the traffic is first allowed to dissipate, ensuring that the flow of traffic is not interrupted. 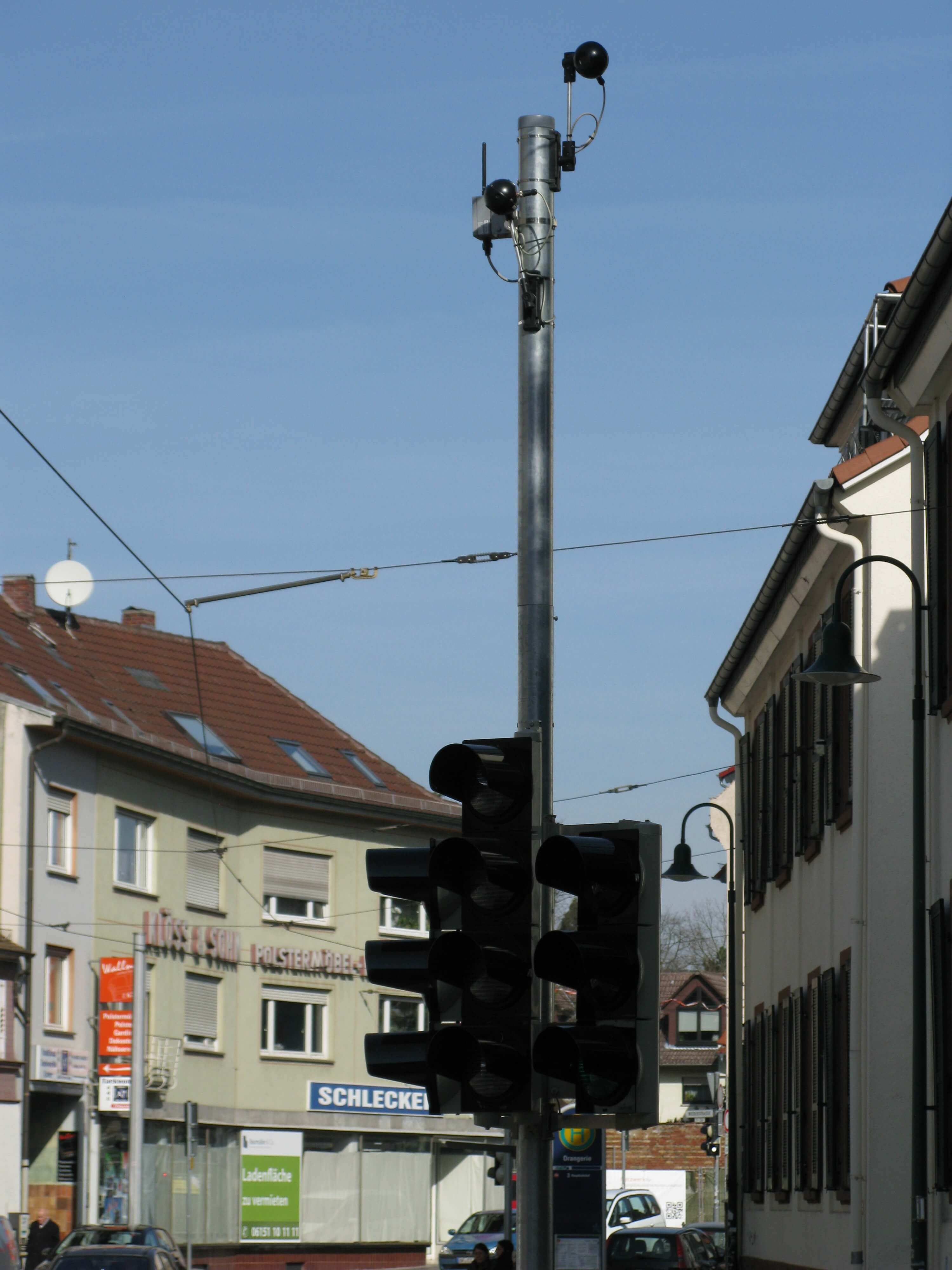 BICYCLIST SAFETY
The city of Darmstadt also pays attention to the safety of bicyclists and therefore, it has been looking for dedicated traffic management measures, more in particular the detection of bicyclists in order to assign a dedicated traffic signal scheme. “The city of Darmstadt has a number of road junctions that are meant both as a waiting area for waiting cyclists as well as for crossing pedestrians moving in a different direction,” says Stefan Hartmann. “This is very challenging for conventional video detection systems. But luckily, FLIR was able to provide us with a perfect solution for this problem. With the FLIR ThermiCam, a thermal video detection system, we can reliably detect pedestrians walking in different directions and also distinguish between pedestrians and cyclists with sufficient reliability.”

ThermiCam is an integrated thermal camera and detector for vehicle and bike detection and does not need light to operate. Instead, it uses the thermal energy emitted from vehicles and bicyclists to detect both in the darkest of nights, over a long range and in the most difficult weather conditions. ThermiCam can be used to control traffic lights by detecting vehicles and bicycles at and nearby the stop bar. The intelligent ThermiCam sensor will transmit its detection information over contact closures or over IP to the traffic light controller and will thus allow a more dynamic control of traffic lights. Typical intersection applications are ‘green on demand’ and ‘lengthening green times’. 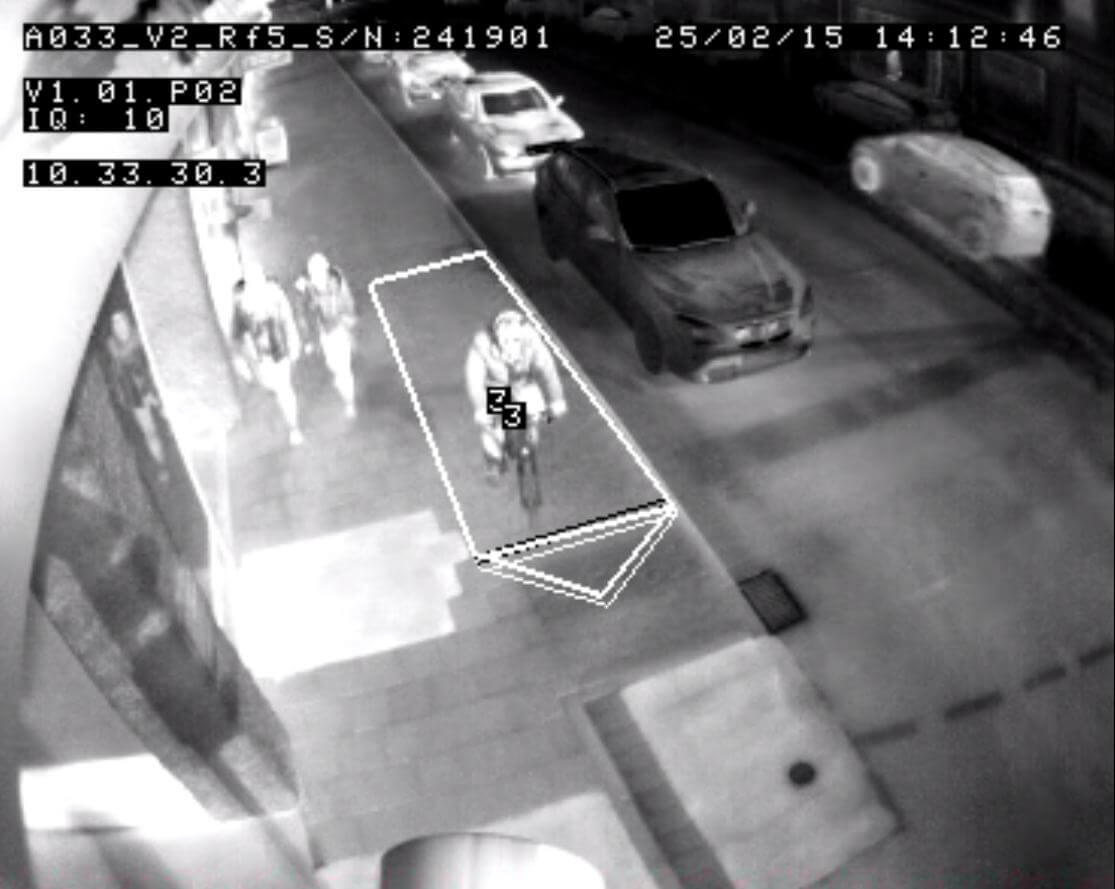 MANAGING THE TRAFFIC STREAMS
All traffic data, events, alarms and video images generated by the Darmstadt video detectors, are collected by FLIR’s intelligent FLUX software platform. FLUX manages and controls all this information and makes it meaningful to the traffic control room operator. Marko Mitsch, Head of the Darmstadt Region at e-netz Südhessen GmbH & Co.KG, a partner for the planning, construction and operation of traffic signals in Darmstadt, comments: “Another benefit of using video detection is that we can use it for overall traffic monitoring. We can monitor road junctions in our traffic control room without being directly present on location. With loop systems, the intelligence resides outdoors, on site, but without remote access. Video systems on the other hand only need to be installed outdoors while operations and configuration are fully handled from here across our network.” 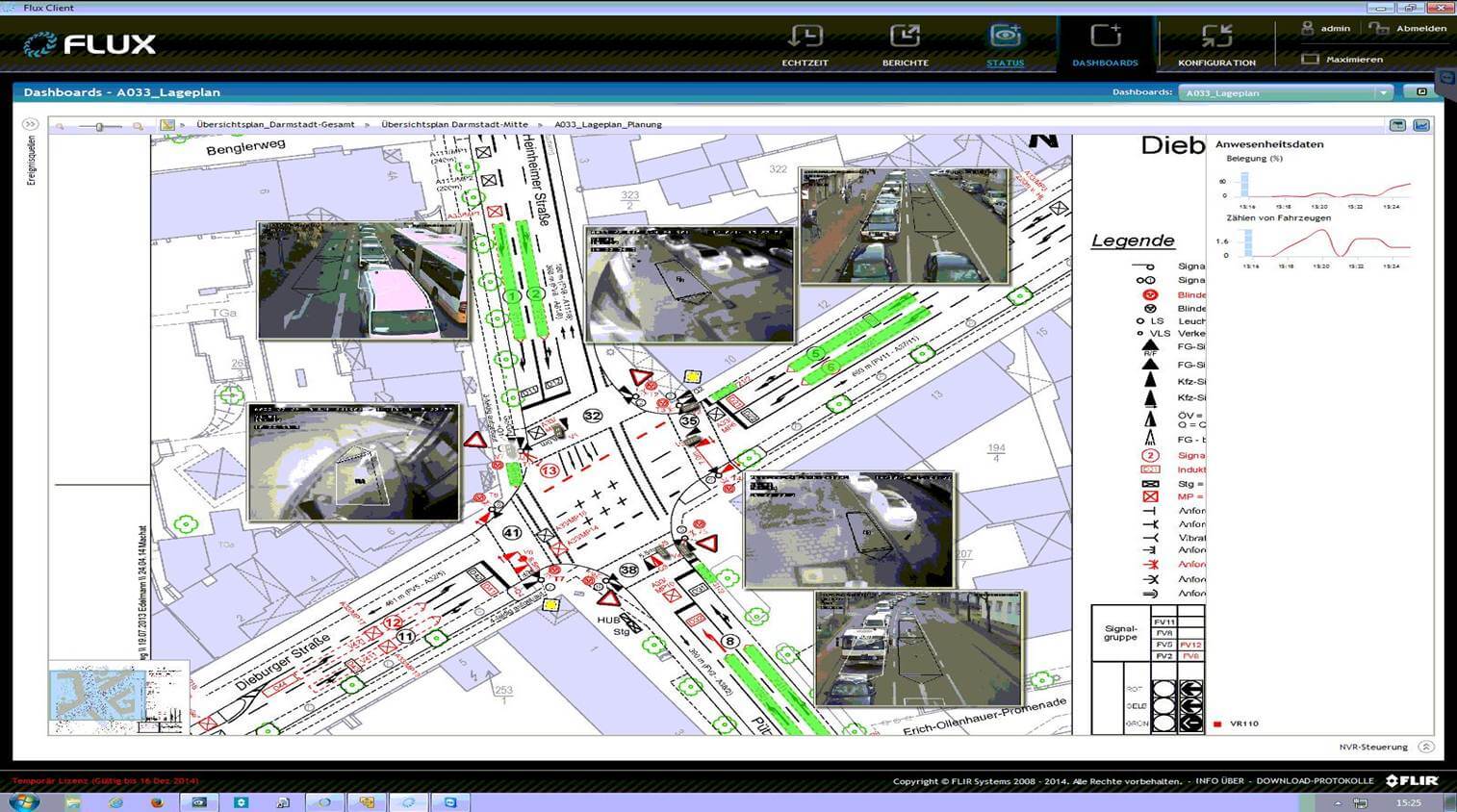 “From an overall perspective, FLIR Intelligent Transportation Systems has shown us the best approach over the years. With the introduction of FLUX and the integration of many elements relevant to the city in its software, FLIR ITS clearly differentiates itself from competitors, in my view.”