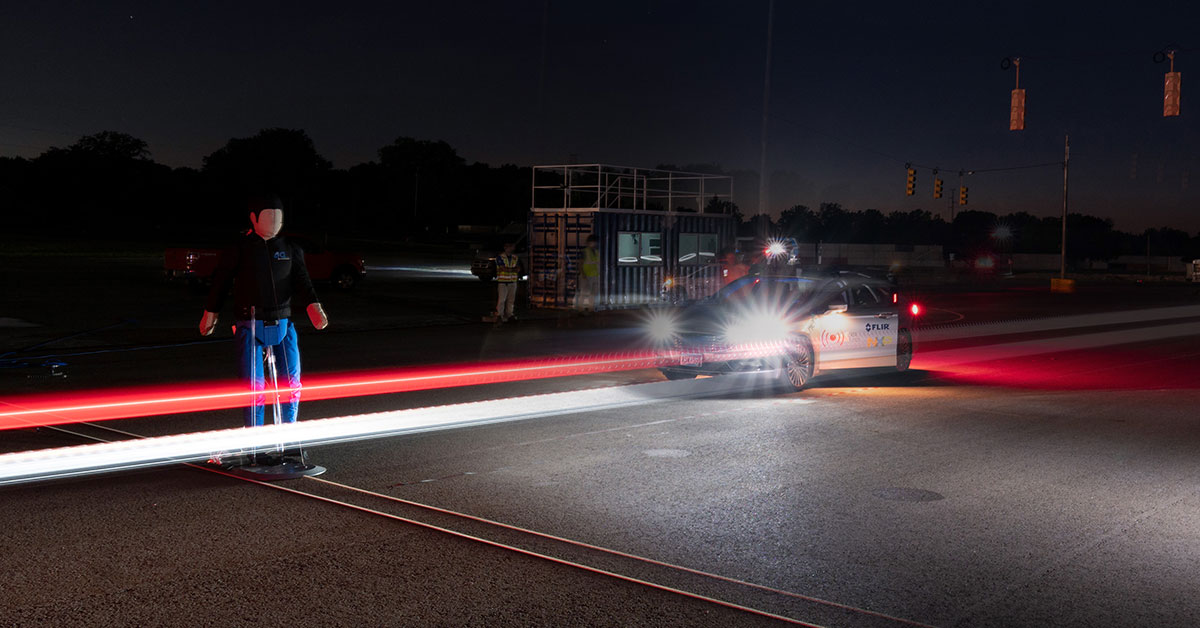 The tests were designed by VSI and aimed at testing AEB system performance in common real-world driving conditions not currently included in recognized testing protocols. The results showed comparable performance on several baseline European New Car Assessment Program (Euro NCAP) tests for the FLIR thermal fused system as well as significantly improved performance in challenging real-world conditions, including when a pedestrian’s clothing blends into a background, sun glare is present, and when a child enters the roadway from behind a parked car at night.

In an October 2019 report, AAA testing showed that AEB systems available in consumer vehicles today to detect and stop for pedestrians, which do not include thermal sensors, have short comings, and were “ineffective during nighttime conditions.”[1] Pedestrian deaths continue to rise on roadways worldwide, with over 6,000 pedestrian fatalities occurring in 2019 in the United States[2]. These fatalities, especially the 75% of them that occur at night, could be largely preventable with advanced driver assistance systems (ADAS), specifically AEB.

“Current AEB systems on the market today are challenged in low light conditions, especially when it comes to detecting pedestrians walking out in front of the car,” said Phil Magney, Founder and President at VSI Labs. “When we developed the fused system and these tests, we aligned our testing with the Euro NCAP standards, but we also created challenging real-world scenarios to test the systems found in cars today.”

Two categories of tests were conducted – standard Euro NCAP tests (to baseline test VSI Lab’s test vehicle performance) and five supplemental tests to emulate common real-world driving scenarios that are not currently tested. The tests generally followed the Euro NCAP standards, including being conducted in dry conditions, with an ambient outside temperature above five degrees Celsius, and using a standard heated soft pedestrian target (SPT). From there, VSI modified the tests by adding oversized white and dark clothing to the SPT; creating a sun glare situation where there was a dramatic lighting change as the vehicle exited a tunnel; and staging a nighttime scenario using child and adult SPTs emerging from behind a parked car in total darkness.