Over 100 million landmines are still in place from conflicts occurring over the last five decades in more than 60 countries and territories. Landmines are deadly, blocking access to transport, water, energy, food production, and education, affecting the physical-socio-psychological well-being of up to 60 million people.

A breakthrough for remotely locating the position of buried landmines in arid (and perhaps semi-arid) environments is worthy of mention on April 4th, the International Day for Mine Awareness and Assistance in Mine Action.

Mobility Robotics and Humanity & Inclusion made an award-winning breakthrough under actual field conditions during October 2019, March 2020, and March 2021 in the Central North African Republic of Chad. It was found that a temperature difference in the Sahara Desert sand was visible directly above where buried landmines were located, using FLIR IR cameras. 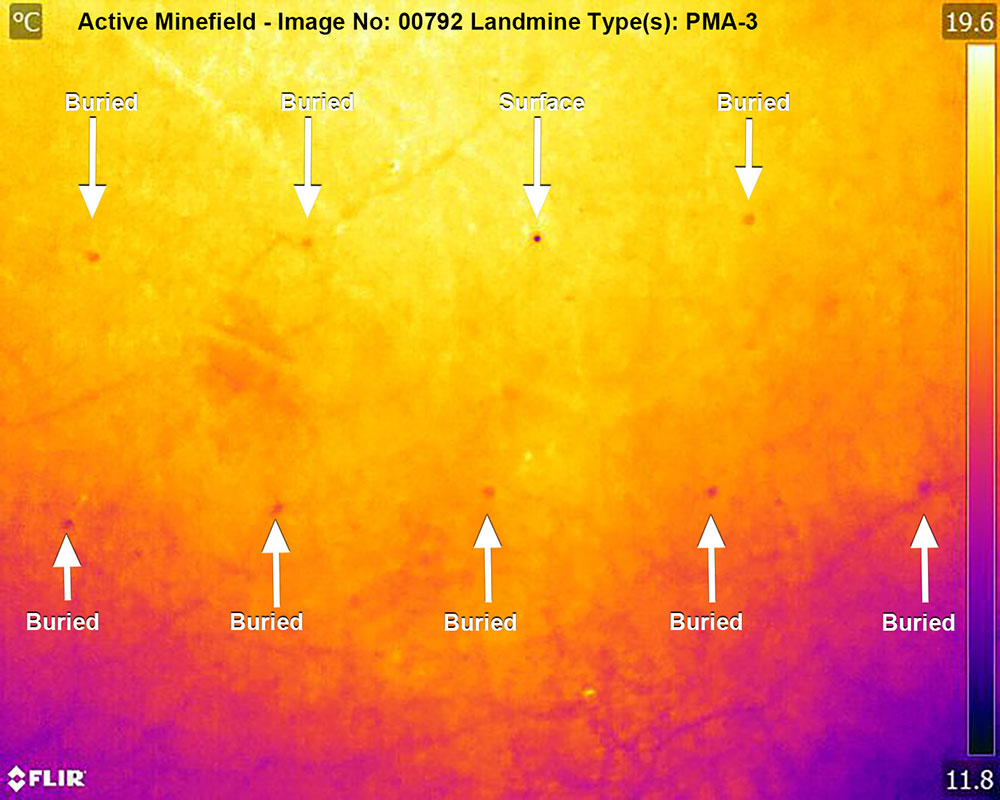 FLIR powered DJI Zenmuse IR payloads were used to capture airborne data from small drones over the legacy minefields and an outdoor field laboratory was established inside the perimeter of minefields for higher data fidelity, capturing IR data from a mast mounted FLIR camera. The static site captured anomaly data from production landmines buried at set depths, twenty-four hours a day/night to provide insight on temperature anomalies from the buried objects regarding the impact of weather, the natural environment, and the influence of a daily diurnal cycle.

Efforts thus far have been funded by the Belgian Department of Foreign Affairs and European Commission. Through the Conservation Discount Program, FLIR is now supporting such work, providing research teams and operators in the humanitarian mine action sector with discounted products for further testing.