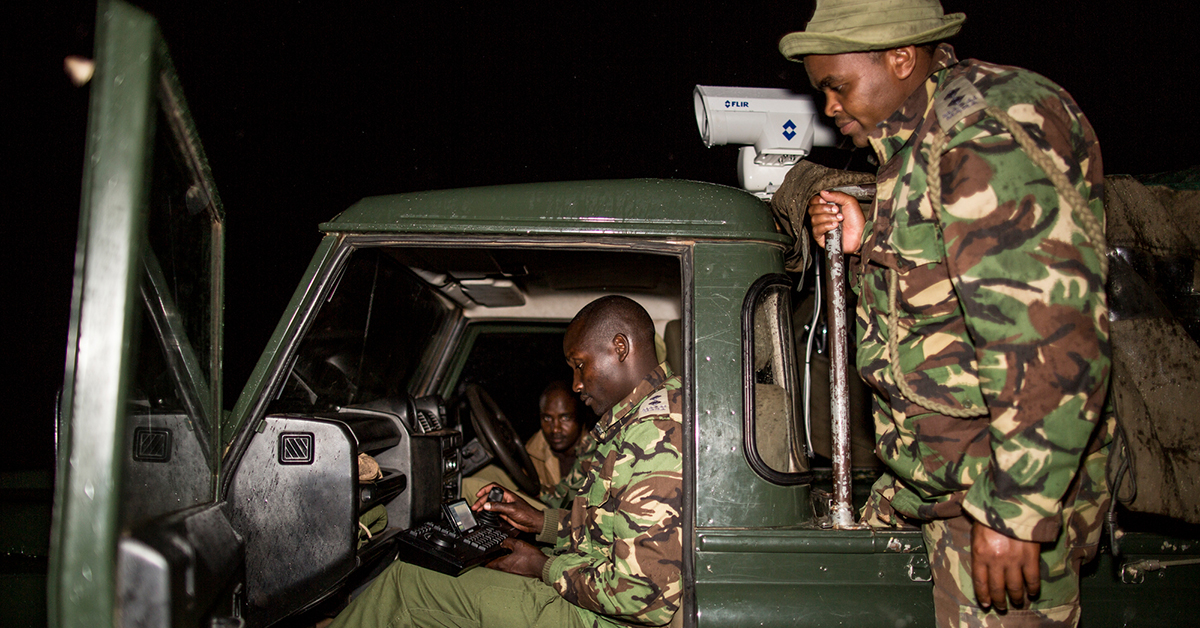 One hundred new FLIR Scion OTM Thermal Monocular cameras will soon be deployed across Kenya as a tool to help end illegal poaching, thanks to a donation to World Wildlife Fund (WWF) from Teledyne FLIR. The company has been working with WWF since 2016 to support the Kenya Wildlife Service (KWS) and rangers from regional conservancies to stop illegal poaching at Kenyan wildlife parks. These efforts include the Kifaru Rising Project, a 2019 collaboration between Teledyne FLIR and WWF aimed at leveraging millions of dollars of FLIR thermal technology, expertise, and support to end the poaching of rhinos in 11 parks and game reserves across Kenya. Seeing the success of the program, which helped stop all rhino poaching across Kenya in 2020, Teledyne FLIR is excited to announce the continuation of this partnership through this latest donation.

Donations Help Make Up Loss in Tourism Caused by COVID-19

One of the primary methods of funding for the KWS and local conservancies is tourism, which unsurprisingly has been hit hard since the beginning of the COVID-19 pandemic. As the KWS is a quasi-governmental organization—meaning they are not entirely funded by the Kenyan government and partially rely on fees generated through tourism—support from WWF, including donations of technology such as FLIR thermal cameras with on-going training and tech support, is critical to efforts to protect endangered wildlife and reduce human-wildlife conflict.

Colby Loucks, vice president of  Wildlife Conservation  at WWF, says adding thermal technology to park patrols was a revelation. “The way (the KWS rangers) operated is they would sit in silence at night and would just wait to see or wait to hear poachers,” Loucks explains. “As soon as the rangers heard something that sounded like a human or a poacher, they turn on their flashlights and spring an ambush. It was all chaotic.”

Thermal vision has a wide range of applications for the KWS rangers, especially for those who patrol at night. Initial FLIR camera donations that started six years ago included fixed-mount security cameras, vehicle-mounted thermal cameras, as well as handheld thermal cameras. However, the Scion OTMs devices provide greater clarity, features, and durability than previous generations of handheld thermal cameras. This improved technolgy enables rangers patrolling through the bush to see farther and more accurately so the can better protect themselves, the wildlife, and even the would-be poachers.

When asked how the Scions are helping advance WWF’s conservation mission, Loucks took no time in his answer. “What's appealing about them is they're rugged, they're mobile. (The FLIR Scions) can be used as a piece of equipment that rangers can carry.”

The KWS isn’t rushing to put the Scions into use though; they’ve never used this specific handheld technology before and want to make sure the rangers are trained up before implementing them in the field. WWF has begun a “train the trainers” approach. A Teledyne FLIR expert remotes into the KWS facilities half a world away to instruct 15 trainers who will then go on to teach the rest of the KWS staff. The two groups plan to release all 100 scions around the country once training has completed, starting with Lake Nakuru National Park.

Rangers can carry this additional tool on their person, improving the safety of the rangers themselves, wildlife, and would-be poachers alike once they are fully deployed in the field later this spring.