Today FLIR unveiled a professional-centric model of the third generation FLIR ONE attachment for iOS and Android, and it’s the most power-packed FLIR ONE® to date – the FLIR ONE Pro. 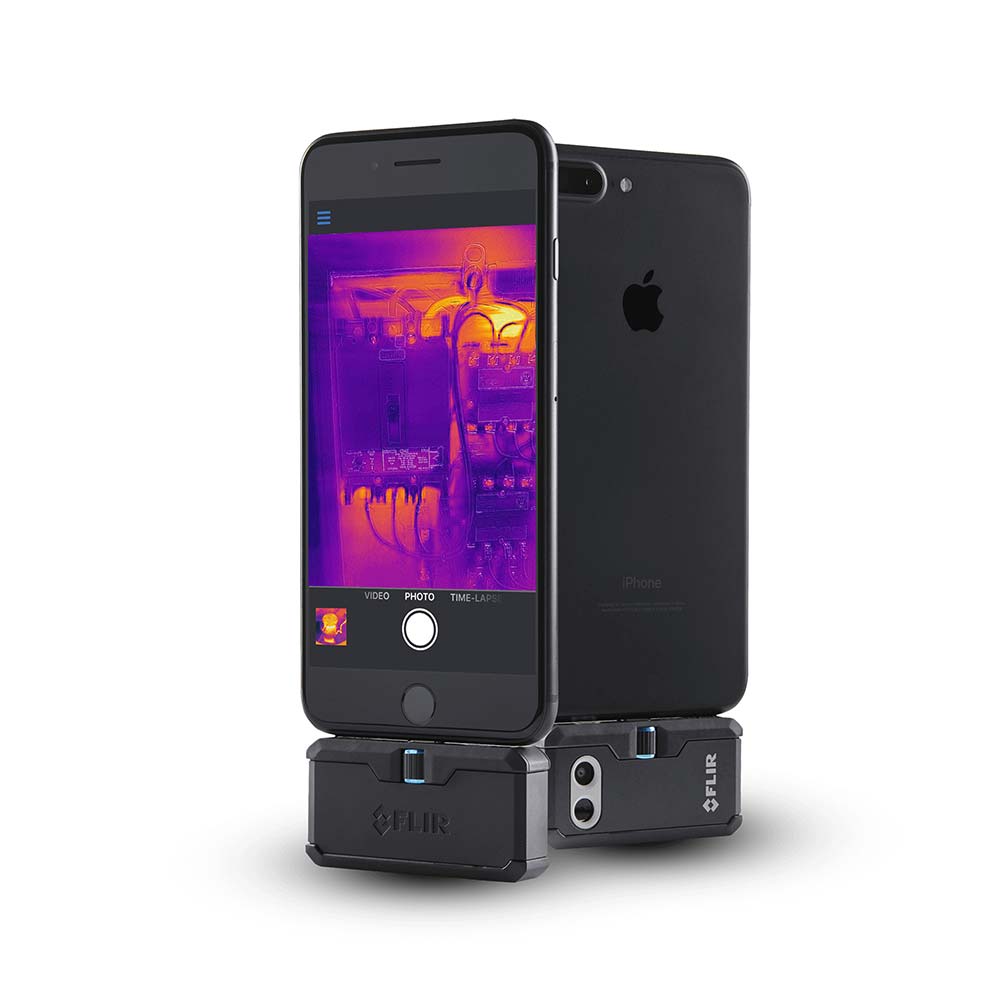 The new FLIR ONE Pro features our Lepton thermal microcamera, which has four times the resolution of the standard third generation FLIR ONE, and a high-definition visible camera. Combine these with our patented MSX imagery, which embosses a visible image onto a thermal image for crisper images, and new patent-pending video signal processing technology, VividIR™, we create the clearest image ever created on a FLIR ONE.

We’ve also packed the FLIR ONE Pro with more tools and capabilities that pro users want in a thermal device. Once attached to a smartphone, the thermal camera is accessible through the completely redesigned FLIR ONE app, but this is where the Pro differs from the standard FLIR ONE. The app automatically recognizes when the FLIR ONE Pro is attached and then offers a host of pro-capable tools including radiometry, or the ability to take accurate temperature measurements, and even multiple temperature spots for situations where pinpointing temperature differences in a scene is critical. After taking an image or video, the FLIR ONE Pro then allows users to analyze image and send reports to their clients at the touch of a button to streamline communications and save time on the job site.

Keep your case on

FLIR also made a key advancement in the third generation FLIR ONE designs with the new OneFit™ adjustable-height connector. The OneFit connector allows you to adjust the length of the FLIR ONE’s connector to attach over most phone cases without having to remove them. This is a great feature for those that have thicker, ruggedized cases, which we know many FLIR ONE customers have. The new FLIR ONE Pro also features a USB-C version for Android, which allows Android users the ability to flip the camera in the direction they want.

If you’re new to thermal cameras and want to consider a more introductory-level thermal camera for your smartphone, check out the standard FLIR ONE.