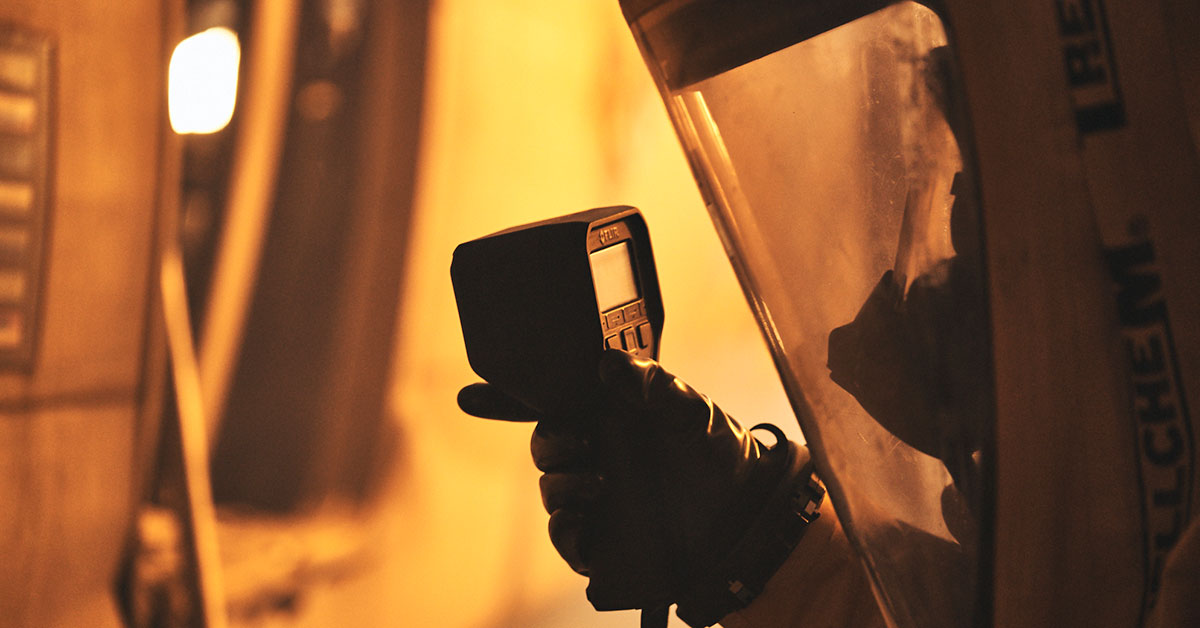 Handheld radionuclide identification devices (RID or RIID) are most often used on the frontline to detect, locate, identify, and secure gamma and neutron radiation hazards. They can also be deployed as a secondary verification tool at the site of a radiological event to deliver the spectroscopic information needed to identify a specific nuclide. Different scenarios require different detector sizes and sensitivity. The FLIR identiFINDER® R-series includes a range of handheld radiation detectors with performance that is scalable depending on the operational need. Here are 5 ways you can use the identiFINDER R400, R425, R440, and R500 RIDs.

FLIR identiFINDER RIDs provide a great all-purpose survey capability. They deliver rapid isotope identification against the ANSI N42.34 library for threat determination. When large numbers of people are gathered in a small space, the identiFINDER R400, R425, or R440 are a great choice for security teams to distinguish between true threats and benign sources without disrupting the flow of an event.

You can’t see, smell, or taste radiation – making it a challenging hazard for response personnel.  Personal radiation detectors are the first line of protection for a responder to monitor exposure and execute a safe response. The next important step is to detect, locate, identify, and secure or remediate radiation sources. With IP67-rated enclosures and sourceless stabilization, the FLIR identiFINDER R425 and R440 handheld radiation isotope identifiers are built to withstand the toughest environments in which first responders, security forces, and military perform their missions.

When monitoring pedestrian flow at borders or mass transit facilities, the mission is to locate, identify, and separate innocent sources such as medical patients (recent recipients of a nuclear medical procedure) from potential security threats. Security teams need to be right – all the time. With ≤7% resolution, the identiFINDER R425 and R440 models deliver the highest level of accuracy and decision support for enforcement missions.

Physical security requires a multi-layer approach to be effective. Critical infrastructure such as utility plants, banks, military bases, and other important facilities can use the identiFINDER R425 radiation detection system to adjudicate alarms at pedestrian entry control points. When screening vehicles, shipping containers, or other cargo entering or leaving a facility, the identiFINDER R440 or R500 deliver best-in-class sensitivity and can detect the presence of radiation from farther away, behind heavier shielding, and with better resolution than similarly sized RIDs.

The identiFINDER family of RIDs are useful tools for making sure sources are tracked and verified at authorized facilities. They can be used to help prevent the spread of radioactive contamination and protect personnel and the public. RIDs can be used in metal scrapyards and waste facilities to search for uncontrolled sources. They are also used to survey large spaces, perform underwater search, and to monitor radiation during environmental remediation efforts. The familiar identiFINDER user interface enables anyone to pick up the device and quickly complete their job.

In all scenarios, there is great benefit to deploying the maximum number of detectors to increase the tightness of the ‘net’ in place. The right balance of initial detection and adjudication devices can greatly increase the effectiveness of a security operation. Learn more about the FLIR identiFINDER radionuclide identification detectors and discover which is the right tool for your job.